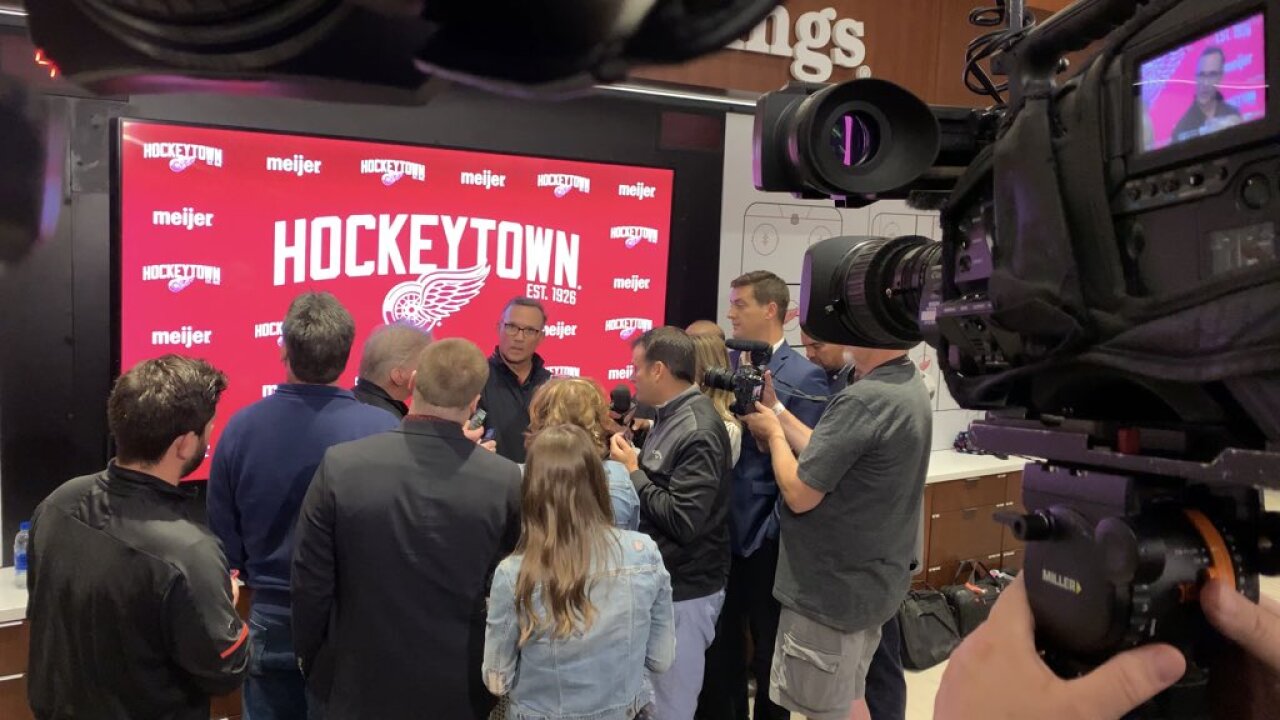 DETROIT — Steve Yzerman has been on the job as Red Wings general manager for almost two months.

His day-to-day work in the office has left him busy leading into the NHL Draft and free agency.

His life away from Little Caesars Arena has changed much, he claims.

"I've been around Detroit a lot the last 10 years. People that have seen me a lot, they're over it," he said on Thursday.

"People that haven't seen me don't really recognize me anymore. The odd person will welcome me back, but it hasn't really been that much different."

It's hard to believe that, but Yzerman did grow up in the Red Wings organization, as a player and in the front office. While he left to join Tampa Bay's front office and ultimately serve as the Lightning general manager, he always kept a home in metro Detroit.

Yzerman doesn't love the spotlight, and never has. It's no surprise his time the last two months has been far from public. Combine that with the workload leading up to the draft and free agency, and it's clear Yzerman won't be holding a slew of autograph signings in the coming days and weeks.

Building depth, drafting well, and signing some free agents: those are Yzerman's plans for the offseason. He wouldn't put a ceiling on the team's goals for the 2019-20 campaign.

“I’m not going to make any predictions at all. I have an idea of what I want to do behind the scenes. What the team eventually is able to accomplish by the end of the season, we will see.”