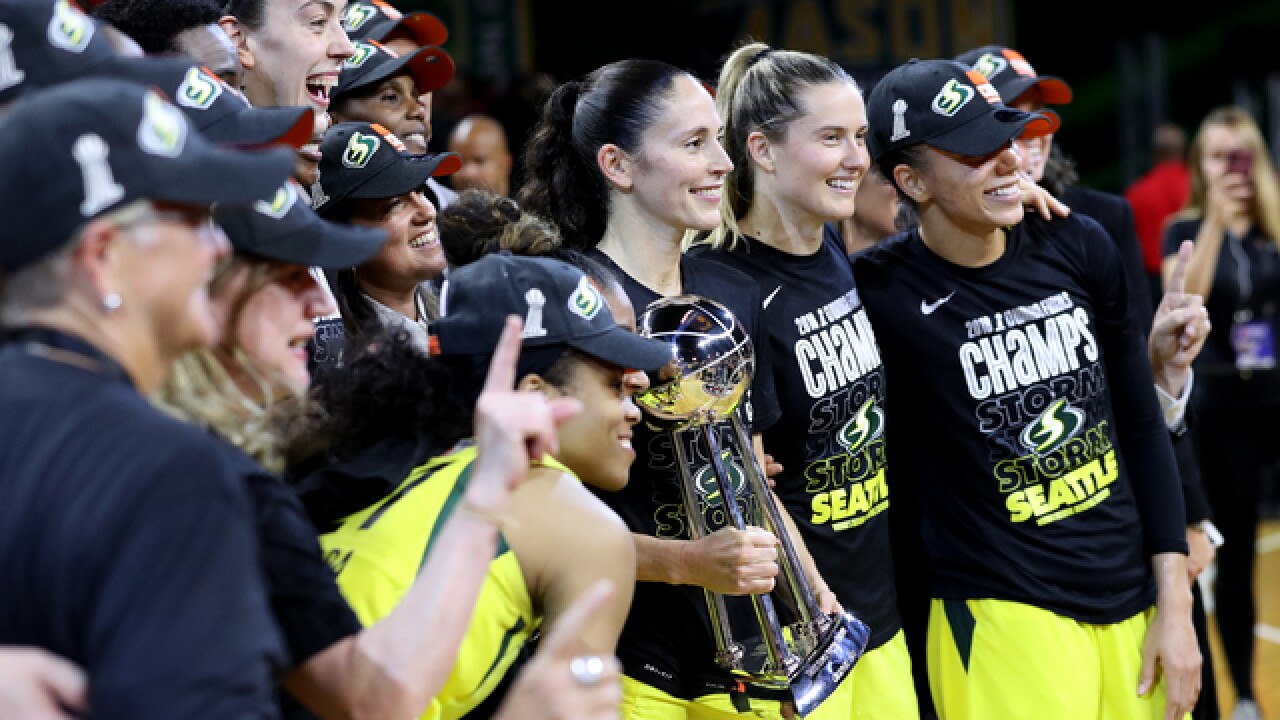 Image copyright 2018 Getty Images. All rights reserved. This material may not be published, broadcast, rewritten, or redistributed.
Rob Carr
<p>FAIRFAX, VA - SEPTEMBER 12: Members of the Seattle Storm pose with the trophy after defeating the Washington Mystics 98-82 to win the WNBA Finals at EagleBank Arena on September 12, 2018 in Fairfax, Virginia. (Photo by Rob Carr/Getty Images)</p>

FAIRFAX, Va. (AP) — Breanna Stewart led the Seattle Storm to their WNBA title Wednesday night, scoring 30 points in a 98-82 victory over the Washington Mystics in Game 3 of the best-of-five series.

Stewart was the league MVP and was selected the Finals MVP after averaging 25.6 points in the three games. She scored 17 points in the first half as the Storm raced to a 47-30 lead.

The location, George Mason University, marked the third arena Washington has called home this season and the second in the playoffs. ... Washington starting center LaToya Sanders sprained her left ankle diving for a loose ball in the third quarter. She was carried to the locker room and did not return. ... Among those in attendance were Washington Wizards guards John Wall and Bradley Beal, University of Connecticut coach Geno Auriemma, University of Maryland coach Brenda Frese and Washington Redskins running back Derrius Guice.