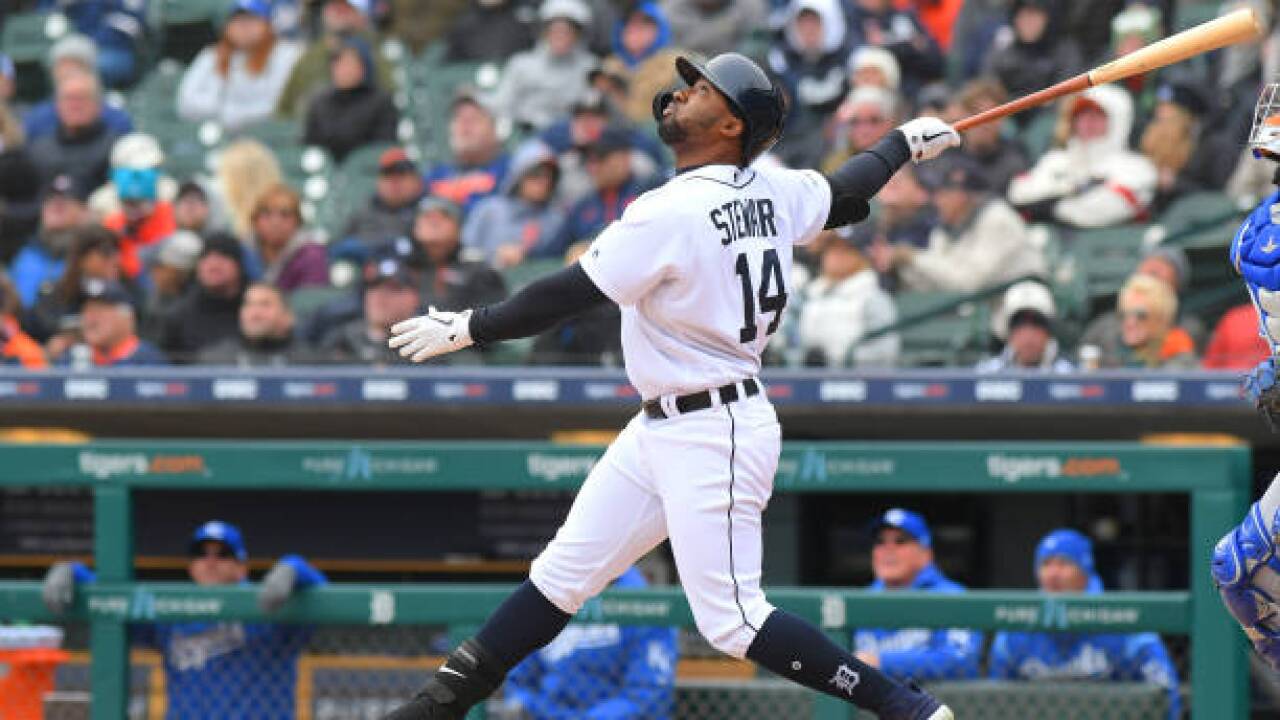 (AP) — The Tigers are feeling bullish about their pitching staff. They've given up four or fewer runs in nine of their 10 games.

They swept a three-game series from Kansas City over the weekend. Their 3-1 win on Sunday included tight defense as well as a strong outing from Tyson Ross, who tossed seven innings. Shane Greene recorded his seventh save.

Next up: the Indians.

"We're at home and our fans come here wanting to see wins," manager Ron Gardenhire said. "You're always supposed to protect your home. I hope we will do that really well this year."

Left fielder Christin Stewart led the offense during the series with four extra-base hits, including a grand slam. He knocked in two runs and scored the other on Sunday.

"We played good baseball. We made great plays, the pitchers (pushed forward) and we swung the bats good enough to get the job done," Stewart told the Detroit News. "It's always fun when all the cylinders are working together."

Detroit's starter on Tuesday, right-hander Jordan Zimmermann, has been razor sharp in both of his starts but doesn't have a win to show for it. He's given up one run in 13 2/3 innings while allowing seven hits and one walk.

He'll need that momentum to lift him against an opponent that has consistently thumped him. In seven career starts, Zimmermann is 0-5 with an 11.08 ERA against the Indians.

Corey Kluber wasn't his usual dominant self in his last start. He'll look to return to form against a familiar foe on Tuesday afternoon.

He allowed six runs (four earned) on eight hits in 3 1/3 innings against the Chicago White Sox on April 3. He's 0-2 with a 5.23 ERA heading into the road matchup against the red-hot Tigers, who have won five straight.

"First pitch of the game is hit for a base hit and he's pitching out of the stretch," manager Terry Francona said of Kluber's last start. "He never found a comfort zone. He scattered a lot of his fastballs, put him in some tough counts."

Kluber has posted an 11-7 record and 3.55 ERA in 25 career appearances against Detroit, including 24 starts. He overpowered the Tigers last season, winning all three of his starts while giving up three runs in 23 1/3 innings and striking out 26 batters.

Kluber told the team's website that he felt out of rhythm from the beginning against the White Sox.

"I think that obviously I didn't feel normal out there, and the results weren't very good, so you kind of go back and dissect it, and I think that I kind of found what was off," the right-hander said. "So just like every other start whether it was good of bad, I'll use these next four days ... and hopefully get to a spot where it feels better next time out and give our team a better chance to win."

The Indians have reeled off four victories since that 8-3 loss, sweeping the Toronto Blue Jays at home. Their 3-1 victory on Sunday included 16 strikeouts by their staff, including 10 by starter Mike Clevinger. In the last three games, Cleveland pitchers have notched 57 punchouts.

"That's a momentum killer for the other teams, especially when you're seeing your guys go up just to walk right back to the dugout over and over again for a series, that has to wear on you mentally at some point," Clevinger said. "It's good to have the staff to be loaded like this."