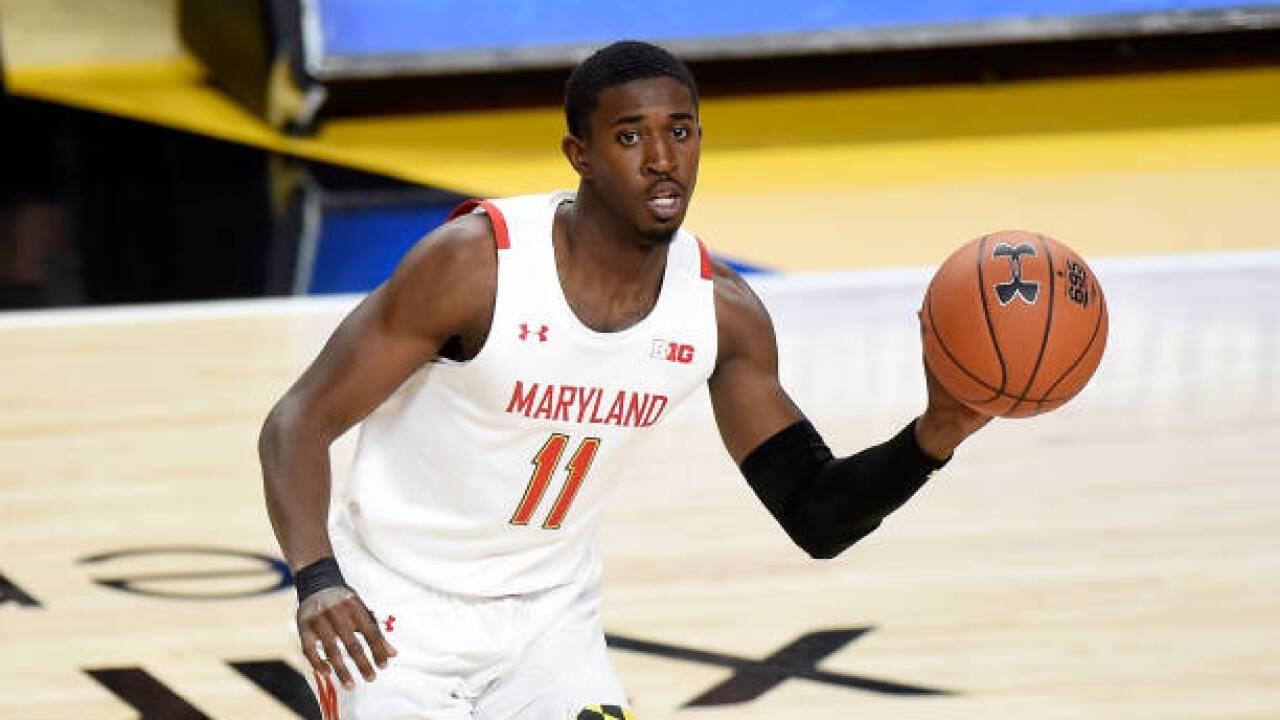 COLLEGE PARK, Md. (AP) -- If there's been one discernable flaw about the play of No. 7 Maryland this season, it's that the Terrapins have been slow to take charge against lesser opponents.

Such was the case again Saturday, although part of the problem was the deliberate pace set by Oakland.

Once Maryland got rolling, however, the outcome was never in doubt. Combining a balanced attack with a strong defensive effort, the Terrapins breezed to an 80-50 victory.

After opening with lopsided victories at home against Holy Cross and Rhode Island, Maryland is off a 3-0 start for the sixth year in a row. The Terps are 33-6 at home over the past two-plus seasons.

Despite the solid start, coach Mark Turgeon knows his team can play better -- especially at the outset. In this one, the Golden Grizzlies broke to an early 16-12 lead and trailed only 24-22 late in the first half.

"They wanted to play a slow game," Turgeon said. "We figured out how to get the game going a little faster."

"Another slow start for us. Am I concerned? Yes and no," he said. "Sometimes when you've got the No.7 in front of your name and you haven't earned it, you think you're supposed to beat everybody by 25 in each half. That's not the case in college basketball."

Turgeon went deep in his roster against Oakland of the Horizon League. Fifteen players participated, nine for at least 10 minutes, and 13 scored.

"With two minutes to go in the first half it's a two-point game we're at the free throw line and we have completely controlled tempo," coach Greg Kampe said.

And then, just like that, Maryland finished with an 11-0 run -- including a dunk by Smith and a 3-pointer by Wiggins at the buzzer -- for a 35-22 halftime lead.

"The floodgates opened," Kampe said. "We had kept it slow because we can't run with them with their size and speed. Nobody in the country probably can."

The second half more of the same. Layups by Smith and Morsell made it a 17-point cushion, and minutes later Morsell contributed a pair of 3-pointers to a 12-3 run that made it 56-31 with 12:28 left.

The key was that 11-0 run, the product of concerted effort by Maryland to get out and move.

"The game was slow and that was the pace they wanted it to be played at. And we weren't rebounding," Morsell said. "And at the end of the half, we started to get stops, started to get rebounds and pushed the ball up court."

The Golden Grizzlies need games like this to get ready for Horizon League play. "Of the 13 kids that dressed, 10 of these kids had never played Division I basketball before," Kampe said. "And this is their first time that they got into a place like this against a Top 10 team."

Maryland has far too much depth, height and talent for the opposition in these early mismatches. Morsell said, "I told the guys at halftime, 'We've got a lot of athletes on this team. Let's make this a track meet. We're deep, too. So if you get tired, we can sub.' So that's what we tried to do in the second half."

Maryland: Continues its season-opening, five-game homestand against Fairfield on Tuesday night. In the only previous meeting, the Terps beat the Stags 71-42 in 2009.