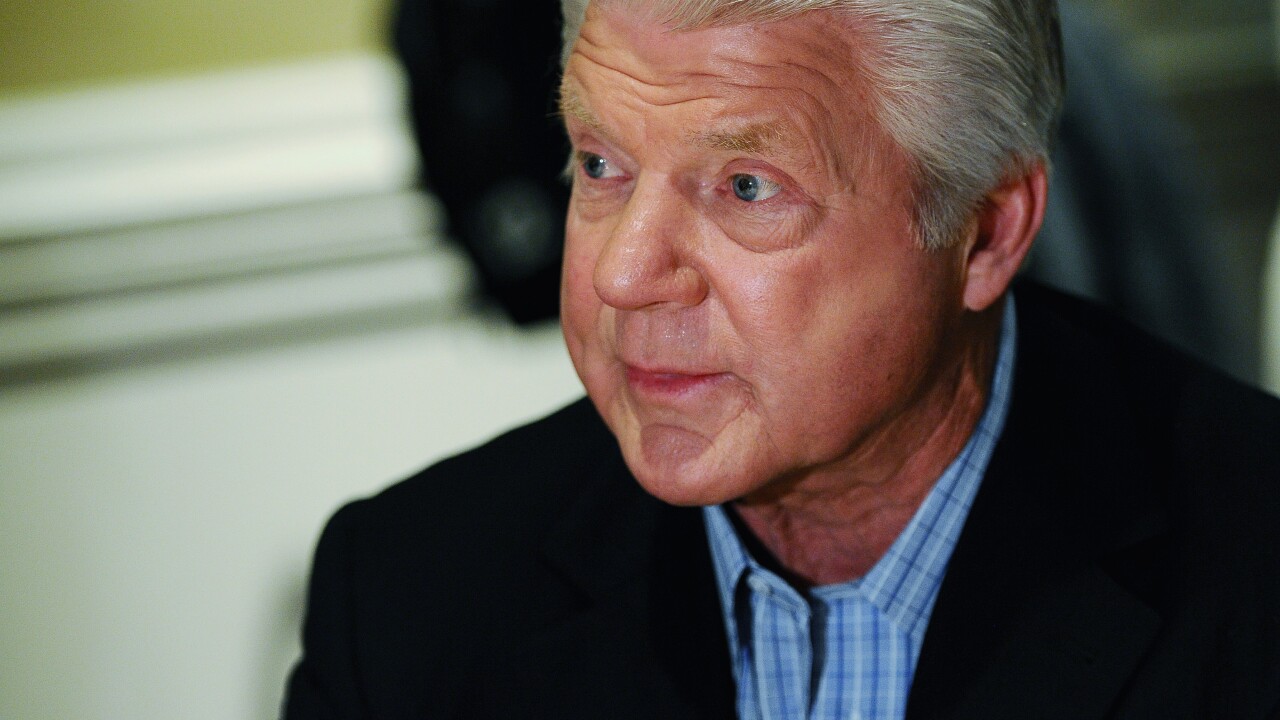 Jimmy Johnson, who coached the Dallas Cowboys to two Super Bowl championships in the 1990s, has been elected to the Pro Football Hall of Fame.

The hall announced his selection Sunday night as part of a centennial class that was chosen on Wednesday by a special committee. Former Pittsburgh Steelers coach Bill Cowher was revealed Saturday night as the other coach being inducted.

"The only thing I can think of is all the assistant coaches who worked for me, all the great players who played for me are the reason," said a teary-eyed Johnson, 76. "I can't talk.

"This is so special to me because when you put in the work that we put in, it is nice for those people to appreciate it."

One of his best players, Hall of Fame quarterback Troy Aikman, could be seen tearing up as he heard the announcement from Green Bay, where he was announcing the Seahawks-Packers playoff game.

Hall of Fame President David Baker made the presentation during halftime of Fox's telecast.

A successful college coach at Oklahoma State and Miami, where he won a national championship in 1987, Johnson was hired in 1989 by new Cowboys owner Jerry Jones. His initial team went 1-15, but Johnson rebuilt the roster -- including trading star running back Herschel Walker to Minnesota for a slew of draft picks and players who were converted into draft choices. That deal is considered among the most one-sided in sports history, and it netted, among others, the draft pick that brought Emmitt Smith to Dallas.

Johnson left the Cowboys after the back-to-back championships for the 1992 and '93 seasons in a dispute with Jones. But the roster he built, under his college rival Barry Switzer, won the 1995 NFL crown, too.

"Think of all the great players I have coached over the years," Johnson said. "From me to you: Thank you."

In his nine pro seasons (five in Dallas, four in Miami), he went 89-68. Johnson led the Cowboys to three playoff appearances and the two Super Bowl victories, and took the Dolphins to three postseason appearances.

The special panel met in Canton, Ohio, on Wednesday to elect the centennial slate for this year's class of inductees, marking the first time any members were elected during a selection meeting held at the hall.

The centennial slate includes 10 "seniors" (players who last played more than 25 seasons ago), three "contributors" (an individual other than a player or coach) and the two coaches (who last coached more than five seasons ago) and were voted on from a list of 38 finalists. The remainder of the 15-person centennial slate will be revealed live on "Good Morning Football" on Wednesday.

The Hall of Fame's overall class will consist of 20 members, including an additional five who will be added the day before the Super Bowl, when the modern-era player finalists are voted on by the usual selection committee.