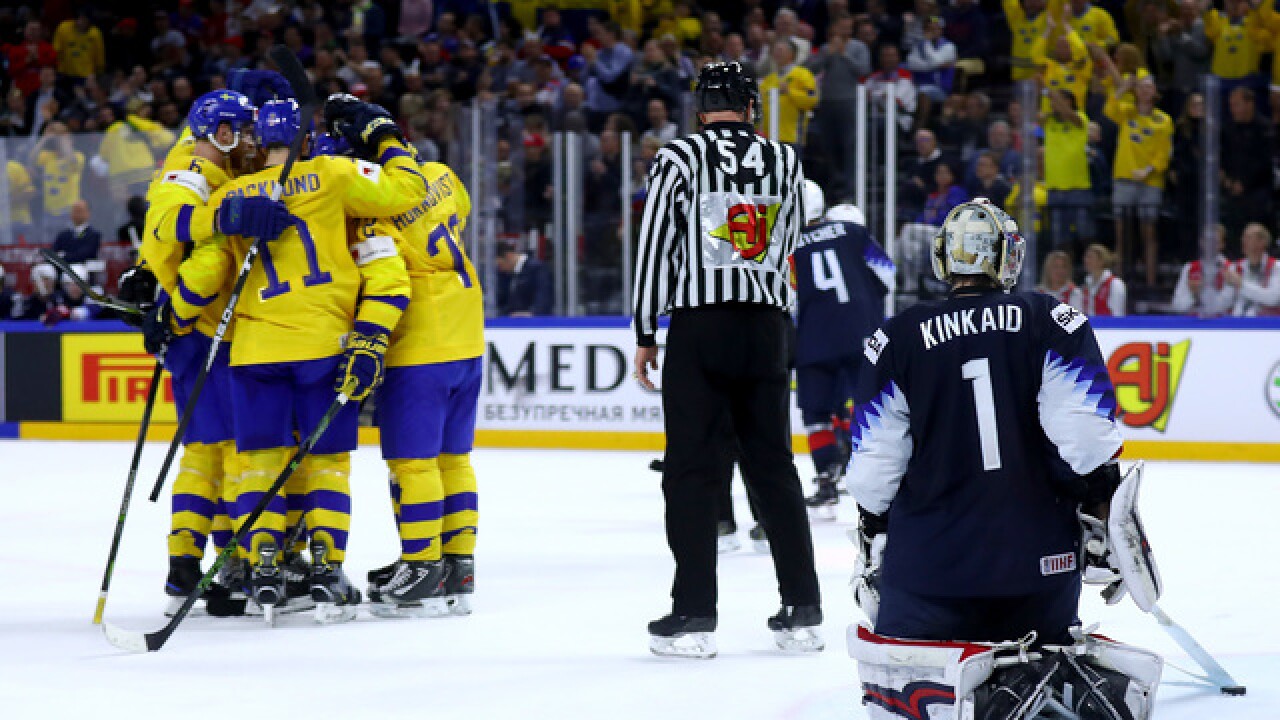 COPENHAGEN, Denmark (AP) -- Sweden strode into the final of the ice hockey world championship by crushing the United States 6-0 on Saturday.

The defending champion set up a gold medal game on Sunday against Canada.

The Swedes set up the victory with three goals in three minutes and seven seconds midway through the second period.

"We didn't play our best game but we put up a lot of goals," forward Patric Hornqvist said. "We still have some improvement to do for the game tomorrow."

Sweden is going for a third world title in six years.

Viktor Arvidsson led Sweden with two goals and goaltender Anders Nielsen made 41 shots for the shutout.

Trailing 1-0 in the second, the U.S. had a four-minute power play but allowed a short-handed goal by Magnus Paajarvi, who scored on a rebound after goaltender Keith Kinkaid stopped Mikael Backlund on a breakaway.

Hornqvist stretched the lead to 3-0 on a power play, and Sweden underlined its control when Mattias Janmark made it 4-0 just 11 seconds later.

Arvidsson added his second into an empty net in the final period, and Adrian Kempe finished it off with the sixth. Sweden earned its ninth win from nine games in this championship.

The U.S. pressured in the opening period, outshooting Sweden 16-8 and 41-19 overall. But it was the Swedes who went ahead. Arvidsson knocked in a loose puck in the crease following a shot from above the right circle by Filip Forsberg.

U.S. captain Patrick Kane, the overall scoring leader, failed to register a point for the first time in the championship.

"We just made too many mistakes and they capitalized," Kane said. "They've got a lot of good players over there and made us pay for those mistakes.