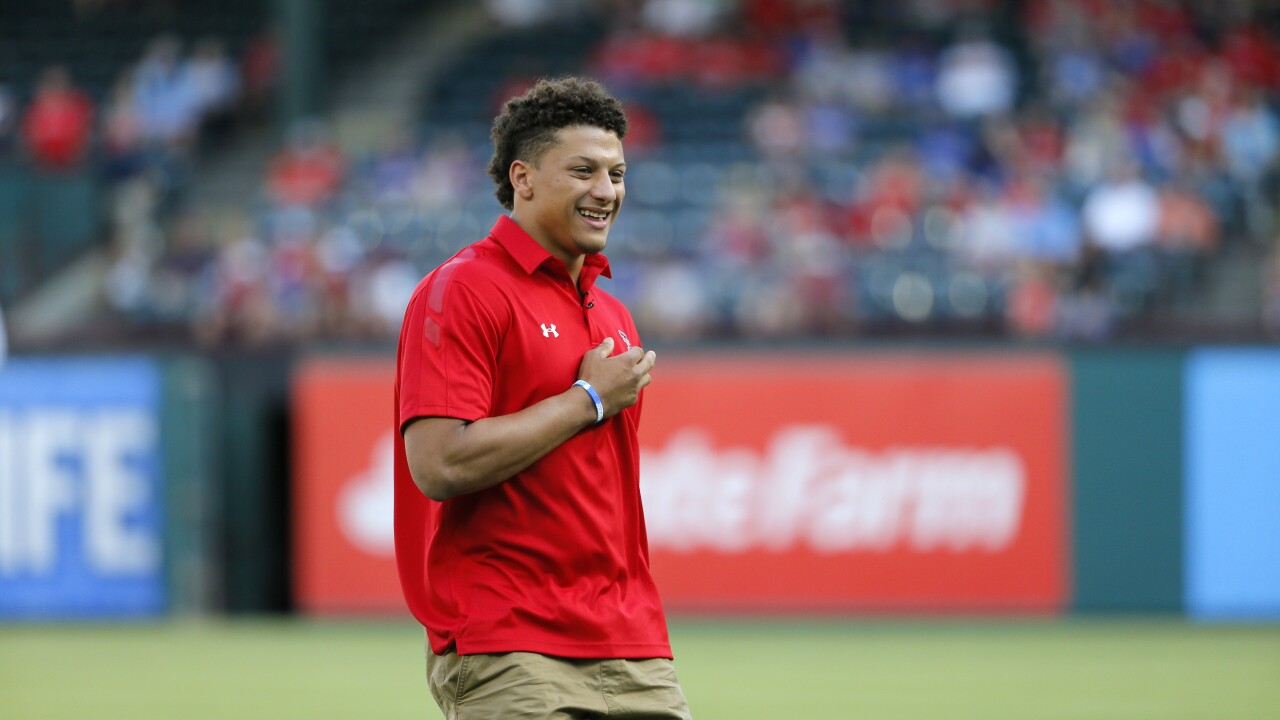 (WXYZ) — Patrick Mahomes, the starting quarterback for the Kansas City Chiefs, is heading to the Super Bowl in just his third year. But, did you know he was once drafted by the Detroit Tigers.

In 2014, Mahomes, then 19, was drafted by the Tigers in the 37th round of the MLB Draft. He was a right-handed pitcher out of Whitehouse High School. He had already committed to Texas Tech as a quarterback, though.

Below is his MLB draft video from MLB.com.

In a 2017 article for MLB.com, Jason Beck reported that his father, Pat Mahomes, was a long-time reliever in the MLB, but the younger Mahomes was still an incredible athlete.

"He was very up-front about football. That pushed him down the board," Tim Grieve, the Tigers' area scout who watched him, said according to Beck. "He was one of the better athletes I've covered in East Texas in my 15 years."