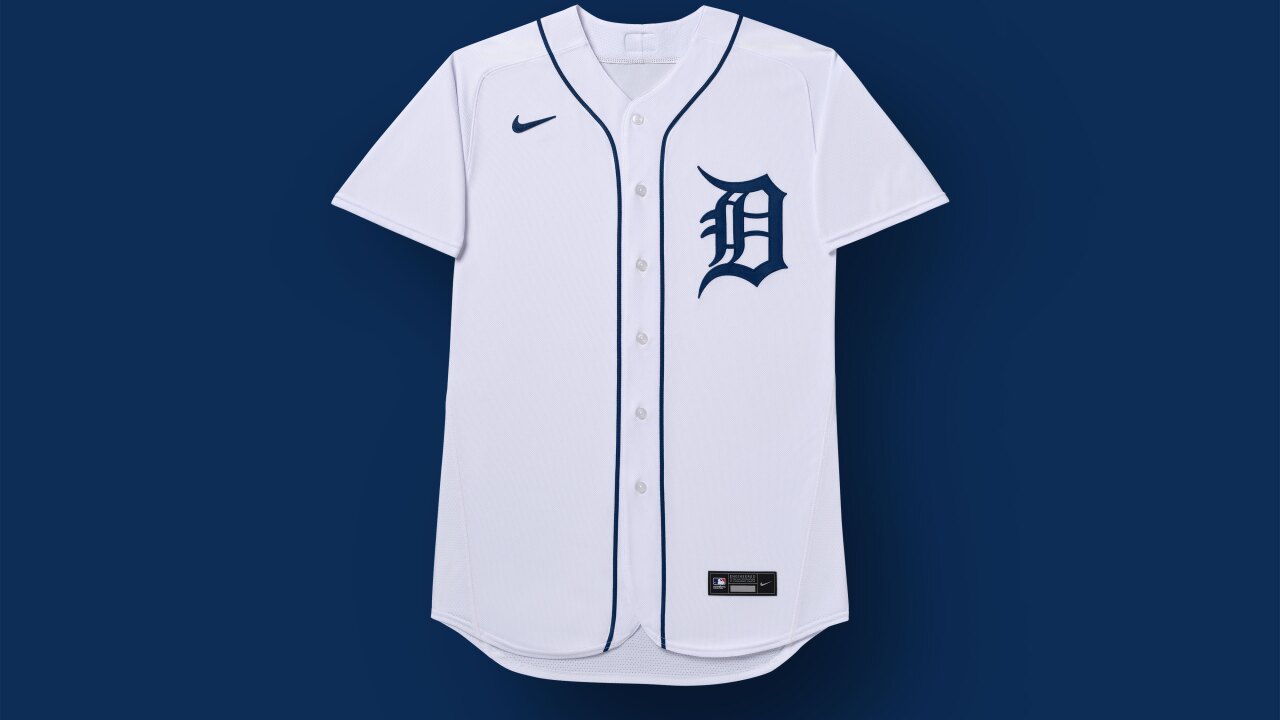 (WXYZ) — Major League Baseball and Nike released the first photos of new uniforms. In January, the MLB announced Nike would be the official uniform provider of the league

The Detroit Tigers tweeted out the photo of the jersey on Monday. Not all that much has changed, as the "Olde English D" will remain the same as last season. The only addition is the Nike swoosh on the jersey.

“We’re excited to kick off our partnership with Major League Baseball with the unveil of next season’s uniforms,” says Hal Melhart, Sr. Product Line Manager for Nike Diamond. “Each franchise has a deeply personal history, with a visual identity that continues in this update. In the future, we look forward to preserving this integrity while still bringing more of Nike’s creativity to uniform designs, as we build energy around the game for its players and its fans.”