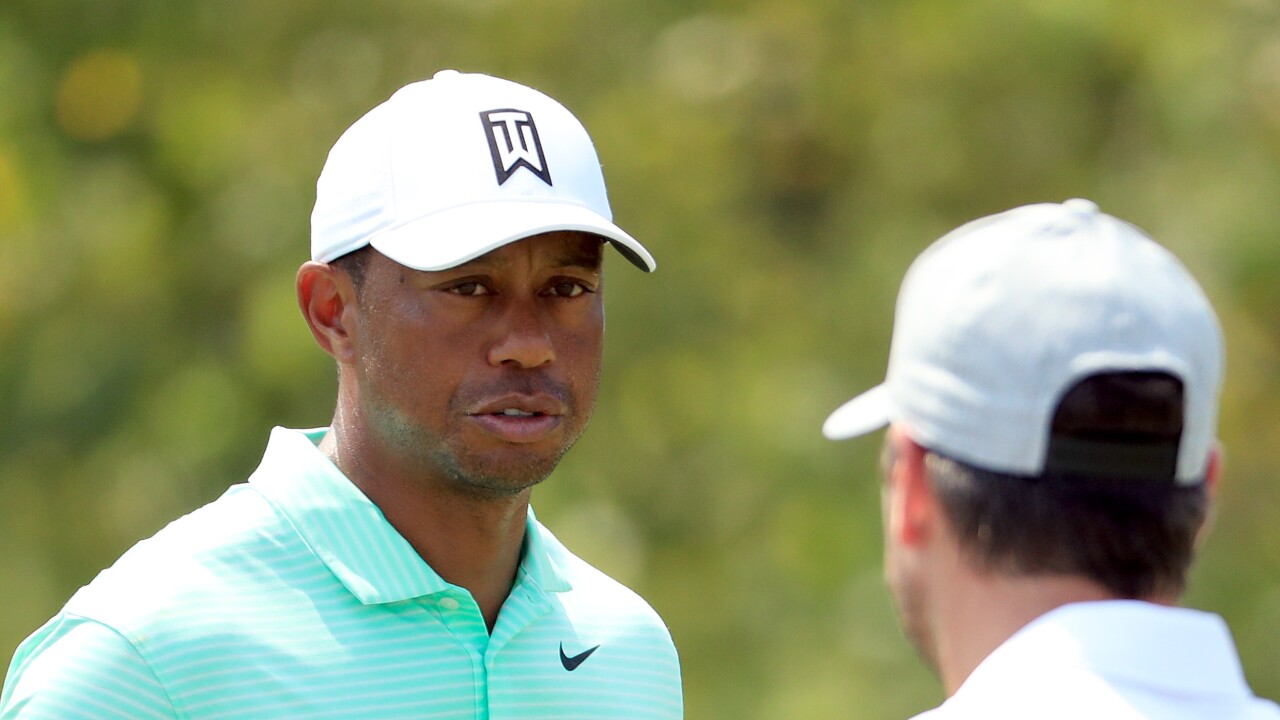 Whether he's ready is day to day.

Woods stopped hitting full shots on the back nine of Liberty National on Wednesday during his pro-am round for The Northern Trust, a precautionary move during a year in which he repeatedly has said he can't always predict how his back is going to feel.

"Just feeling stiff, being smart about it," Woods said. "As I said to you guys all year, this is how it is. Some days I'm stiffer than others. Yesterday I was out there hitting it great. Today I'm stiff. Hopefully, I'm not that way tomorrow."

Woods is willing to accept that a 43-year-old back that has gone through four surgeries in the last five years is not going to feel like it once did. He also looked back to the spring, when he took an extra week off in March, and then chipped and putted when he arrived at Augusta National for nine holes. And by the end of the week, he was the Masters champion.

As much as Woods has tried to take time off, he can only hope he faces the busiest part of the year.

The Northern Trust begins the lucrative FedEx Cup playoffs, starting with two tournaments with $9.25 million purses, ending at the Tour Championship for the top 30 players competing for the $15 million prize.

Woods is at No. 28, the lowest position of the four major champions, primarily because he hasn't played all that much. Since he won a fifth green jacket at the Masters, he has played just four times, three of them majors.

Now he faces three straight weeks if he gets to the Tour Championship, a goal for reasons other than a shot at $15 million. Woods completed his remarkable comeback last year at East Lake by winning for the first time in five years, a big moment for him and for golf.

But he has to play well to get there.

Points are quadrupled for the playoff events to add volatility. That means Pat Perez, who earned the 125th and final spot in the postseason by two points, could win this week and move to as high as No. 2 in the standings.

The top 70 advance next week to Medinah for the BMW Championship, and the top 30 make it to the Tour Championship. Woods sounded as concerned about getting to East Lake as what it would take to reach the FedEx Cup finale.

"If you're missing cuts, who cares? You're taking weekends off and a couple extra days of rest," he said. "But I'm trying to get myself where I'm in contention, where it takes a toll on you, and that's what I want to feel. I want to feel that type of tiredness where I have a chance to win. That's a good feeling."

PGA champion Brooks Koepka is the No. 1 seed and coming off his third victory of the season at the FedEx St. Jude Invitational, his first World Golf Championship title. Koepka has established himself firmly as No. 1 in the world, which guarantees nothing over the next three weeks. Only two players who started the FedEx Cup playoffs at No. 1 wound up winning -- Jordan Spieth in 2015 and Woods in 2007 and 2009.

For Woods, it was a different level of uncertainly the last time he was at Liberty National. He was an assistant captain in the 2017 Presidents Cup, still recovering from a fourth surgery that fused his lower back. He was asked if he could see a scenario in which he would not return to competition and Woods replied: "Yeah, definitely. I don't know what my future holds for me."

He started full swings a few weeks later, played in his holiday event in the Bahamas at the end of the year, was contending in March and won in September. It was an aggressive return for someone who had completed just seven rounds in the previous 27 months before coming back.

Woods first worked his way back into the top 50 to become eligible for World Golf Championships. He made such a strong push at the end of the year that Woods played eight times in 11 weeks -- five of the last six, including the Ryder Cup.

"I learned a lot last year by playing too much," Woods said. "Coming back from my procedure and not really knowing what to expect, I pushed it pretty hard -- vowed I would never do that again. I've cut back the schedule quite a bit, and that's the challenge now. ... We've got a more condensed season, and it's trying to figure out how to stay sharp, practice and also have my back feeling good all the time. It's a challenge."

Liberty National is a course he has played well. He was a runner-up to Heath Slocum in 2009 and Adam Scott in 2013. It was the 2013 event where Woods first started feeling back spasms, dropping to his knees after some shots on the back nine. He had the first of four back surgeries seven months later.

He returns as the Masters champion, No. 5 in the world and not entirely sure what his back will allow him to do.