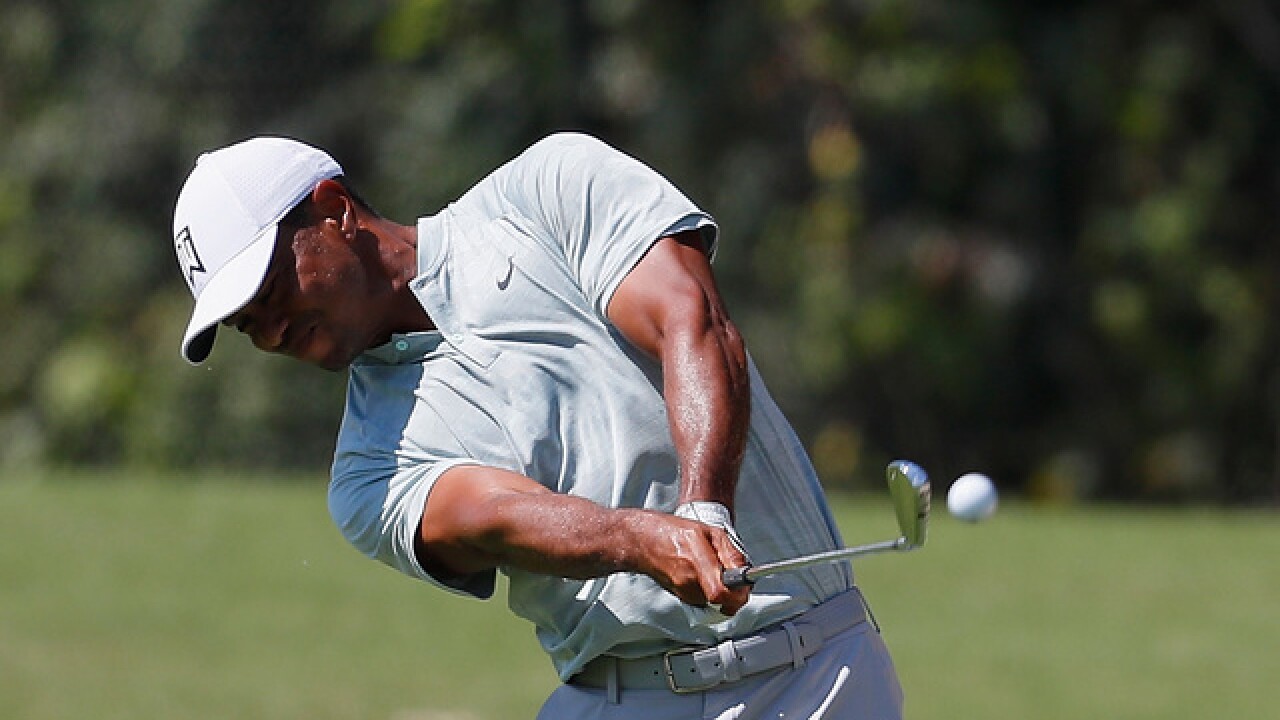 Copyright Getty Images
Kevin C. Cox
<p>ATLANTA, GA - SEPTEMBER 21: Tiger Woods of the United States plays a shot on the first hole during the second round of the TOUR Championship at East Lake Golf Club on September 21, 2018 in Atlanta, Georgia. (Photo by Kevin C. Cox/Getty Images)</p>

ATLANTA (AP) -- Not even one bad hole could keep Tiger Woods from a share of the 36-hole lead for the first time in more than five years.

Woods was on the verge of building a cushion Friday in the Tour Championship with three birdies in a four-hole stretch, only to make double bogey from the rough and a plugged lie in the bunker that forced him to play away from the hole at No. 16.

He finished with a two-putt birdie for a 2-under 68 to tie Justin Rose (67) going into the weekend at East Lake.

Woods last shared the 36-hole lead in the 2015 Wyndham Championship. He wound up tied for 10th.

Rory McIlroy made enough birdies to offset his mistakes and had a 68. He was two back.