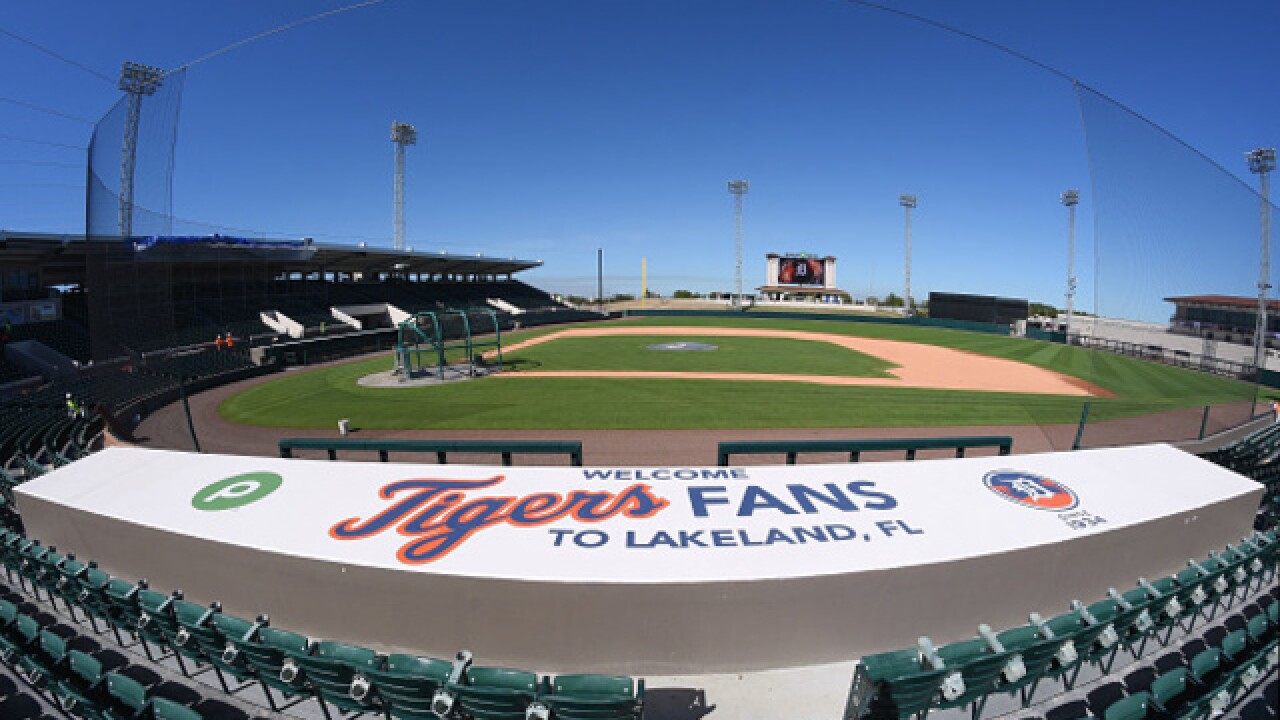 Image copyright 2017 Getty Images. All rights reserved. This material may not be published, broadcast, rewritten, or redistributed.
Mark Cunningham
<p>LAKELAND, FL - FEBRUARY 10: A general view of the field and home dugout of Publix Field at Joker Marchant Stadium, the Spring Training home of the Detroit Tigers, on February 10, 2017 in Lakeland, Florida. (Photo by Mark Cunningham/MLB Photos via Getty Images)</p>

The Tigers announced their spring training schedule for 2021.

Games will begin at Publix Field at Joker Marchant Stadium on February 26. The Tigers will play Southeastern University.

The first game of Grapefruit League play is February 27 in Tampa against the Yankees.

Game times to be announced