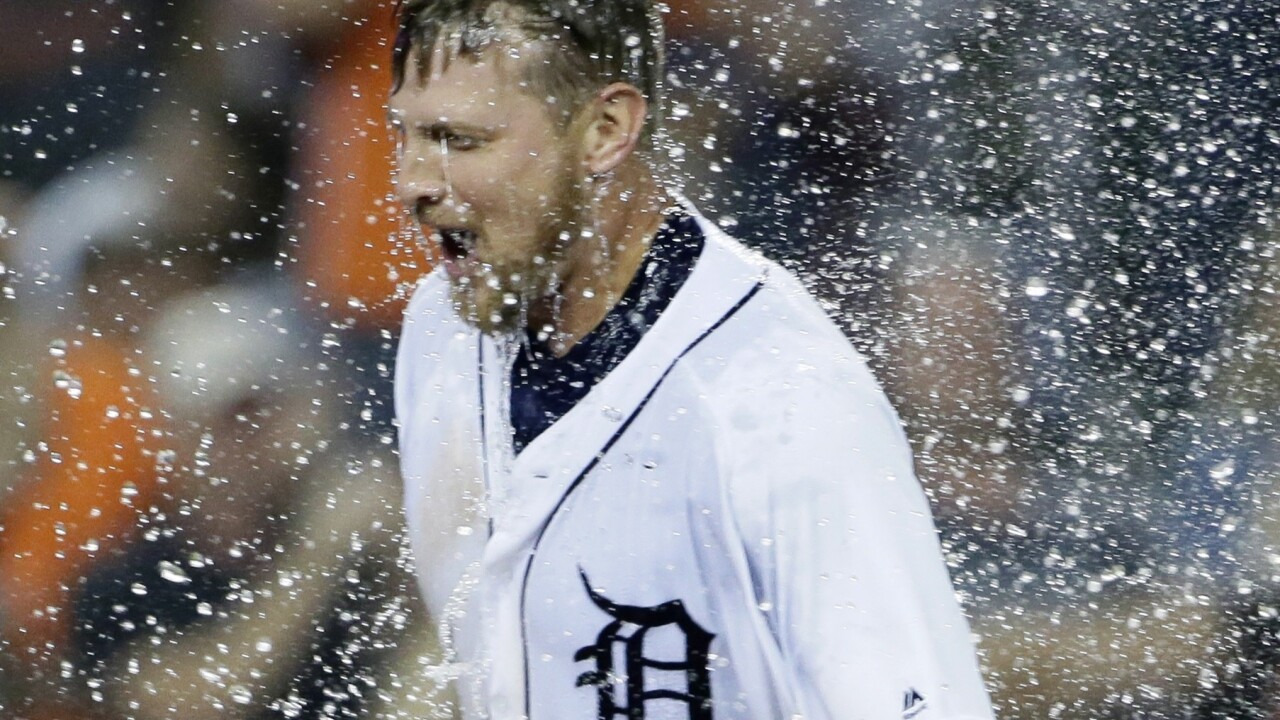 DETROIT (AP) -- Victor Reyes hit a tying home run with two outs in the ninth inning and John Hicks had the game-winning grand slam in the 12th to lift the Detroit Tigers to an 8-4 victory over the Baltimore Orioles on Saturday.

The loss gave Baltimore its second straight 100-loss season after the Orioles finished 47-115 a year ago.

Harold Castro earned a lead-off walk in the 12th, and Travis Demeritte doubled with one out to put two runners in scoring position. After Dawel Lugo was intentionally walked, Eades walked Brandon Dixon on four pitches to tie the game, setting up Hicks' slam.

One inning earlier, Trey Mancini took rookie reliever Bryan Garcia deep for a two-out, three-run shot to put Baltimore up 3-2. It was Mancini's second home run in as many nights and 32nd of the season.

The Orioles had taken a 4-3 lead in the top of the 12th inning as Rio Ruiz singled to score Mason Williams off Daniel Stumpf.

Castro homered to right field in the third inning to open the scoring for Detroit.

Reyes had an RBI single and played nifty defense in center field, making a sliding catch and also throwing out Nunez, who was trying to stretch a leadoff single to second base in the seventh inning.

John Schreiber (2-0) earned the win in relief, finishing the 12th.

Baltimore's Gabriel Ynoa started and is winless in his 11 starts this season. He surrendered seven hits and two runs in four-plus innings.

Tigers manager Ron Gardenhire said before the game that general manager Al Avila has told him he is welcome back next season. However, the veteran manager said he wants to see how things play out for his coaches before proceeding with his future, whether that means contract extension talks or working the final year of his three-year contract.

"I defend those guys, no matter what happens here," Gardenhire said. "That would be a hard thing to take, if anything happens to my coaches."

BATTLE OF THE BAD

This series is the fourth time teams 50 or more games under .500 met, according to STATS, the first since Montreal played at San Diego on Aug. 29, 1969.

Orioles: In eight games since being added to the expanded September rosters, Mark Trumbo is hitting .263 with five hits in 19 at-bats. Trumbo missed over a year of game action with right knee surgery. He did not play on Saturday.