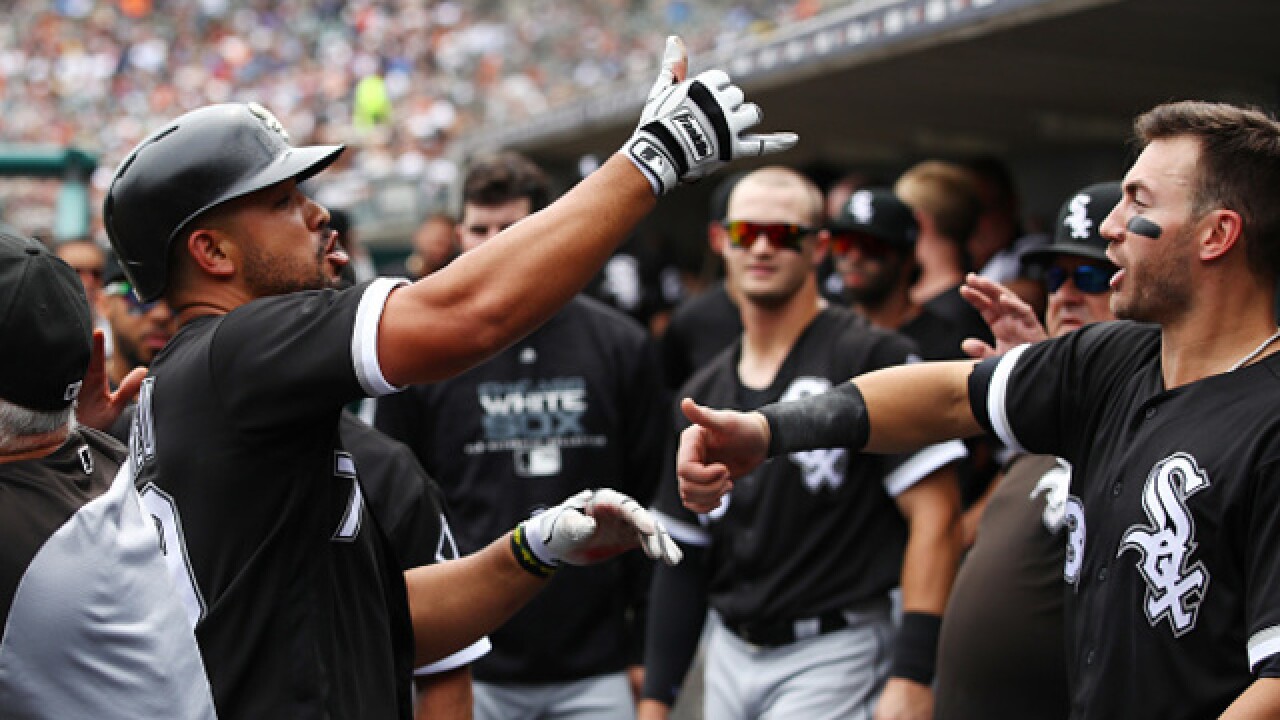 Jose Abreu and Matt Davidson each hit two-run home runs and the Chicago White Sox beat the Detroit Tigers 6-5 on Wednesday to win the three-game series.

Abreu and Davidson combined for six hits and drove in five of Chicago's runs. The White Sox have won two in a row after losing six of seven.

The Tigers have lost nine of 12.

Carlos Rodon (4-3) improved to 3-0 in his last seven starts, giving up three runs on five hits and a walk in eight innings. He struck out six in his seventh quality start.

Trailing 6-3 in the ninth, the Tigers put their first two runners on, but Jeanmar Gomez struck out James McCann. White Sox manager Rick Renteria brought in Luis Avilan, and Victor Martinez loaded the bases with a pinch-hit single.

Mikie Mahtook grounded into a forceout at second, allowing Nicholas Castellanos to score Detroit's fourth run, and Grayson Greiner's RBI single made it 6-5 with the tying and winning runs on base.

Avilan got Victor Reyes to fly out to shallow center, earning his second save.

Jordan Zimmermann (5-5) took the loss, allowing six runs on nine hits, including the two home runs. Zimmermann struck out four while falling to 1-5 with a 5.85 ERA in his last six starts.

The White Sox scored twice in the third. With one out, Nicky Delmonico's double put runners on second and third, and Yolmer Sanchez and Abreu followed with RBI singles.

The Tigers loaded the bases with no one out in the bottom of the inning. Jose Iglesias made it 2-1 with an RBI single before Castellanos put Detroit ahead 3-2 with a two-run single.

Davidson gave the White Sox a 4-3 edge with a fourth-inning homer, and Abreu's home run over the Chicago bullpen made it 6-3 in the fifth.

White Sox: OF Leury Garcia (hamstring) could be activated before Chicago's game on Friday against the Kansas City Royals.

Tigers: RHP Artie Lewicki was placed on the 10-day disabled list before Wednesday's game and RHP Zac Reininger was recalled from Triple-A Toledo. Lewicki was scheduled to start Saturday in Minnesota, but the Tigers are now likely to use a bullpen game.

The White Sox are only 3-9 against Detroit this season, but they've had plenty of success against Zimmermann. In three starts, he is 0-1 with a 9.42 ERA in 14 1/3 innings.

White Sox: Off on Thursday before starting a weekend home series with the Kansas City Royals. James Shields (4-14, 4.41) is scheduled to start Friday's opener for the White Sox against Jakob Junis (6-11, 4.82).

Tigers: Travel to Minneapolis for a four-game weekend series with the Minnesota Twins. Francisco Liriano (3-7, 4.42) will pitch for Detroit on Thursday against Ervin Santana (0-1, 6.53).