Tigers homer twice off Justin Verlander in win over Astros 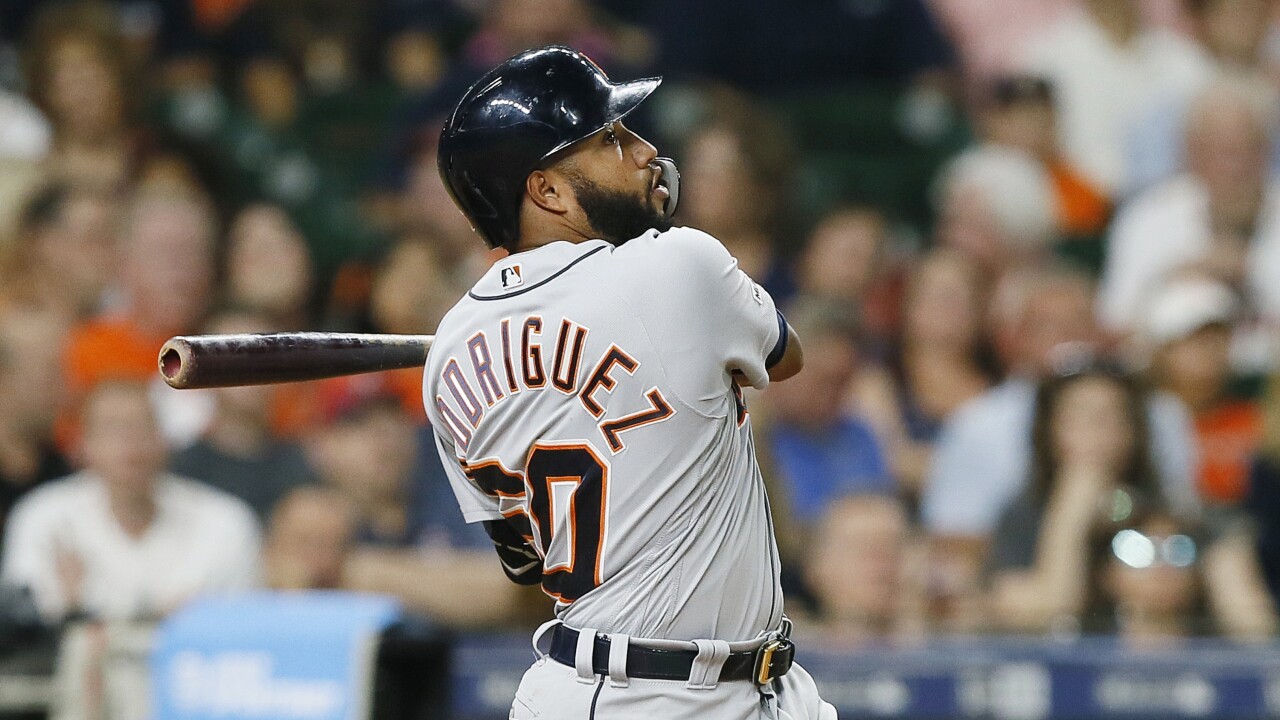 Hicks led off the ninth with a tiebreaking blast to left-center field off Verlander (15-5), who leads the majors in strikeouts with 239 but ranks second in homers allowed with 33.

The veteran right-hander retired the first 14 batters, with six strikeouts, before Rodriguez homered to the seats in right with two outs in the fifth. Verlander sat down another 10 straight before Hicks connected.

With Verlander on the mound at home against the worst team in the majors, the Astros were more than a 5-1 favorite, one of the biggest favorites in an MLB game that Las Vegas oddsmakers could remember. Verlander, who spent 13 seasons with the Tigers, did his part.

He walked none and finished with 11 strikeouts in his 99-pitch gem, extending his franchise record of games with 10 or more strikeouts to seven as he lost for the first time since June 18.

Robinson Chirinos belted his 14th homer to left-center on Tyler Alexander's first pitch of the seventh to tie it at 1. Chirinos finished with four hits. Needing a triple for the cycle, he doubled with two outs in the ninth but was thrown out trying to reach third to end the game.

Jose Altuve walked with one out in the eighth, but was erased when he tried to go first to third on an infield grounder by Alex Bregman to end the inning.

Astros: RHP Josh James (shoulder soreness) will begin a rehabilitation assignment with Triple-A Round Rock on Thursday night. Manager A.J. Hinch said James, who has been out since July 23, likely won't rejoin the team until September. ... INF Aledmys Diaz took batting practice on Wednesday and could come off the injured list early next week. Diaz was hospitalized Aug. 17 after experiencing dizziness on the team bus in Oakland.

Tigers: RHP Jordan Zimmerman (1-8, 6.66 ERA) is scheduled to start for Detroit when the series wraps up on Thursday night. Zimmerman allowed just one hit in five scoreless innings in his last start against Tampa Bay, but did not factor in the decision.

Astros: RHP Gerrit Cole (14-5, 2.87) will start on Thursday after being scratched from his last start on Aug. 15 because of discomfort in his right hamstring. Cole, who ranks second in the majors with 226 strikeouts, has won his last 10 decisions.