Tigers on the road in Minnesota, looking to finish division slate better than they started it 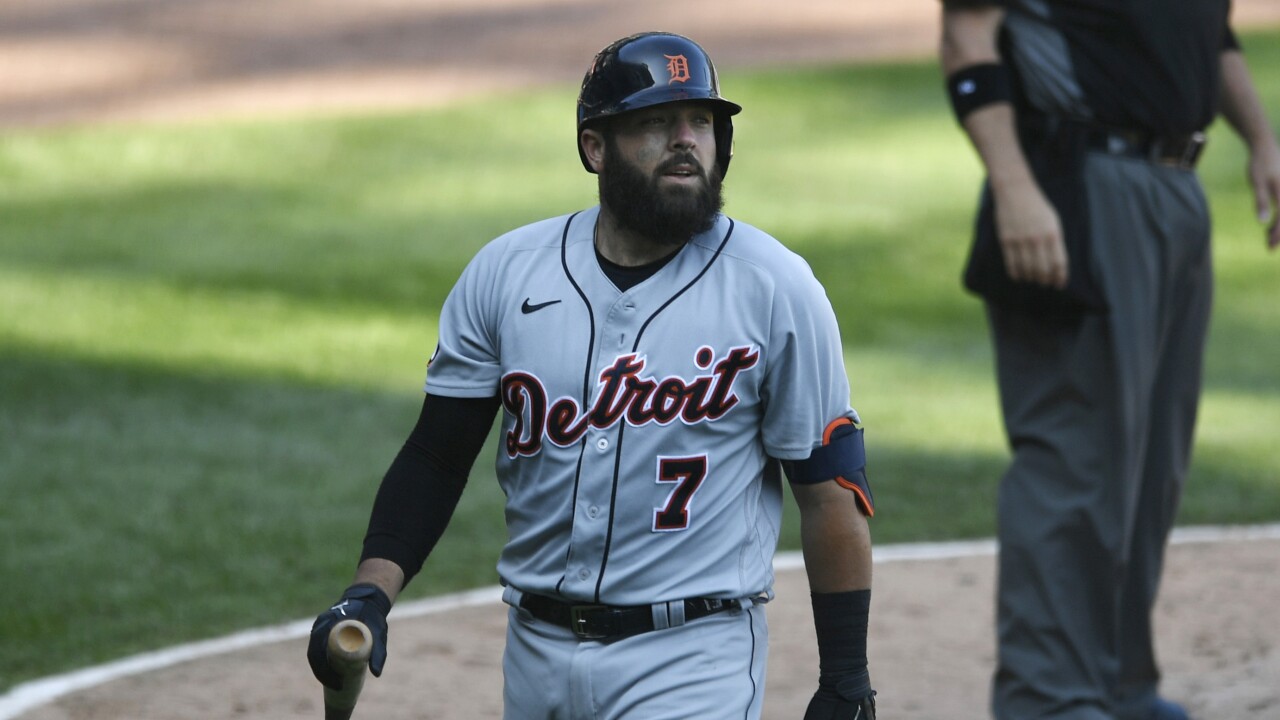 Paul Beaty/AP
Detroit Tigers' Austin Romine reacts after striking out during the seventh inning of a baseball game against the Chicago White Sox Sunday, Sept. 13, 2020, in Chicago. (AP Photo/Paul Beaty)

BOTTOM LINE: Minnesota and Detroit will play on Tuesday.

The Twins are 21-17 against teams from the AL Central. Minnesota has hit 85 home runs this season, sixth in the MLB. Nelson Cruz leads the club with 16, averaging one every 10.9 at-bats.

The Tigers are 11-23 against AL Central Division opponents. Detroit hitters have posted a team on-base percentage of .303 this season, led by Jeimer Candelario with a mark of .371.

TOP PERFORMERS: Miguel Sano is second on the Twins with 13 home runs and has 25 RBIs.

Candelario leads the Tigers with 28 RBIs and is batting .307.