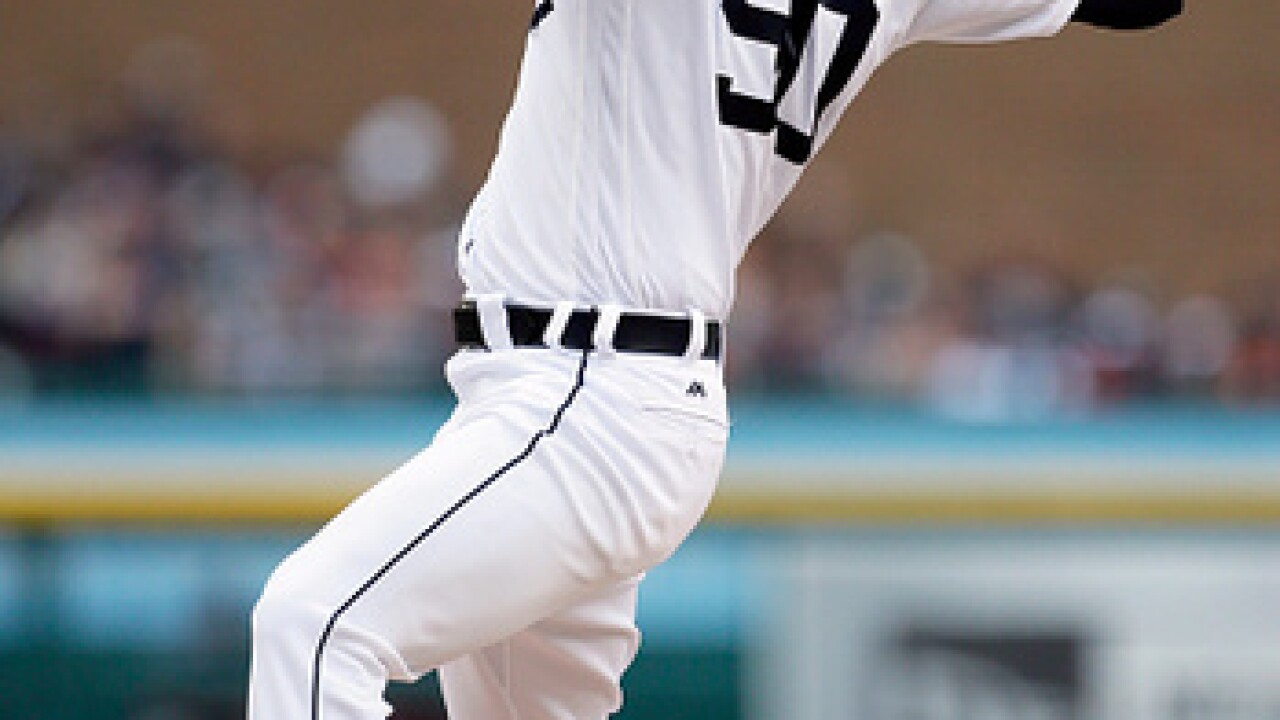 Copyright 2018 Scripps Media, Inc. All rights reserved. This material may not be published, broadcast, rewritten, or redistributed.
Duane Burleson
<p>DETROIT, MI - JULY 21: Mike Fiers #50 of the Detroit Tigers pitches against the Boston Red Sox during the second inning at Comerica Park on July 21, 2018 in Detroit, Michigan. (Photo by Duane Burleson/Getty Images)</p>

Jose Iglesias homered and drove in four runs, and Mike Fiers pitched impressively into the seventh inning to lead the Detroit Tigers over the Boston Red Sox 5-0 on Saturday night.

The major league-leading Red Sox lost for just the second time in 15 games, and their AL East lead over the New York Yankees slipped to 4 1/2 games.

Fiers (7-6) worked his first scoreless outing since his Tigers debut April 8, when he beat the Chicago White Sox 1-0 for Detroit's only other shutout this season. This time, he allowed seven hits and three walks in 6 1/3 innings, striking out six.

Brian Johnson (1-3) gave up two unearned runs and five hits in five innings for Boston. He struck out five.

Detroit took the lead in the second after Victor Martinez reached on an error by third baseman Rafael Devers, playing his first game since being reinstated from the disabled list. Devers fielded Martinez's grounder well behind third and his throw went past first, enabling Martinez to arrive safely.

That miscue proved costly when Iglesias came up with two outs and hit a two-run double, giving the Tigers a 2-0 lead.

Fiers threw only two balls through the first two innings, and he allowed three runs or fewer for the ninth time in his last 10 starts. He struck out Xander Bogaerts for the third out of the fifth with runners on first and third.

Boston threatened again in the sixth, but with two on JaCoby Jones was able to run down Jackie Bradley Jr.'s drive at the warning track in left field. In the bottom of the inning, Jeimer Candelario hit a sacrifice fly to make it 3-0, and Iglesias added a two-run homer.

Fiers exited with runners at the corners in the seventh. Alex Wilson got Bogaerts to ground into a double play, ending the inning.

Boston star Mookie Betts had two hits, raising his big league-leading average to .355. He also made a superb catch in right field in the third, reaching above the wall to catch Leonys Martin's drive.

Red Sox: Devers (left shoulder inflammation) went 1 for 4. ... 2B Brock Holt, who left Friday's game with a bruised knee, was out of the lineup. Manager Alex Cora said he'd like to give Holt the weekend off. ... DH-OF J.D. Martinez had the day off after running into the wall while making a catch Friday. "These guys that make the All-Star Game, they really don't have an All-Star break," Cora said. "He's getting the day off because he ran into the wall, but I think it's a good day off for him anyway."