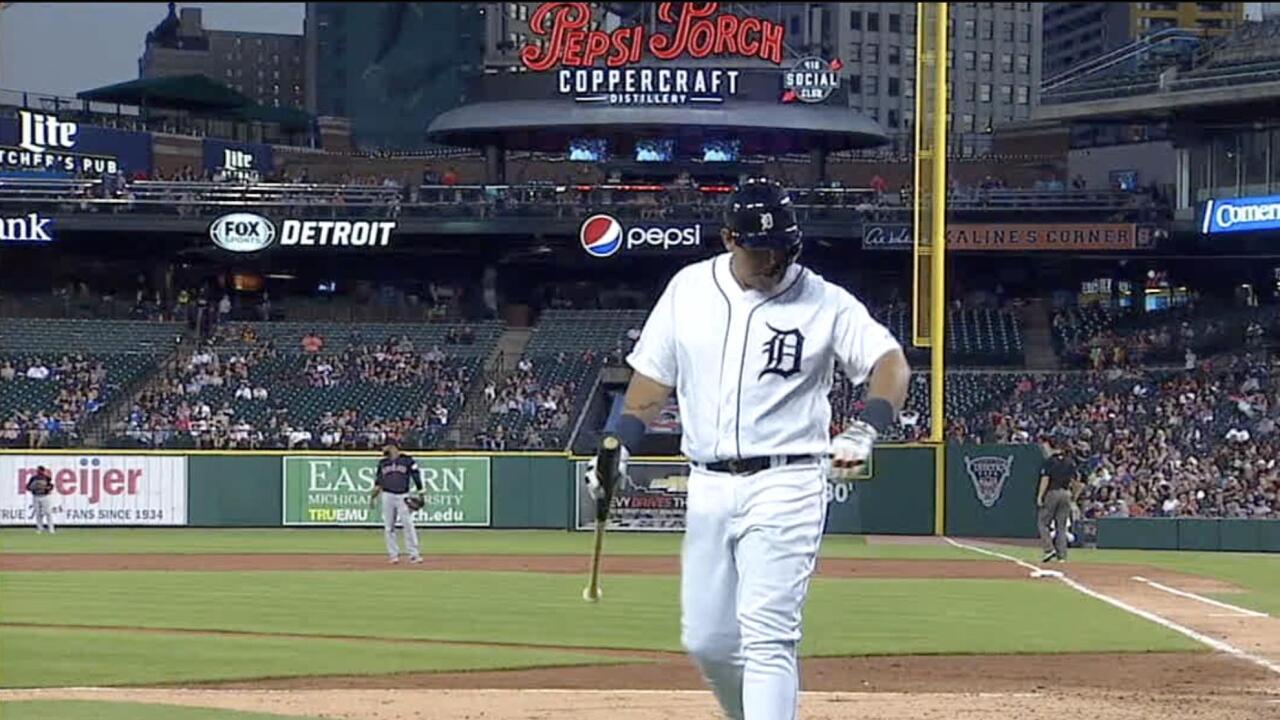 DETROIT (AP) — Detroit Tigers star Miguel Cabrera has left the game against the Cleveland Indians with tightness in his left biceps.

The Tigers DH looked uncomfortable while striking out in his first two at-bats Tuesday night. The team announced the move was for precautionary measures.

Cabrera tore his left biceps on June 12 last season and missed the remainder of the year. He is hitting .280 with nine homers this year, having become a full-time DH due to knee problems.

The Tigers were trailing 4-1 when Cabrera left the game.