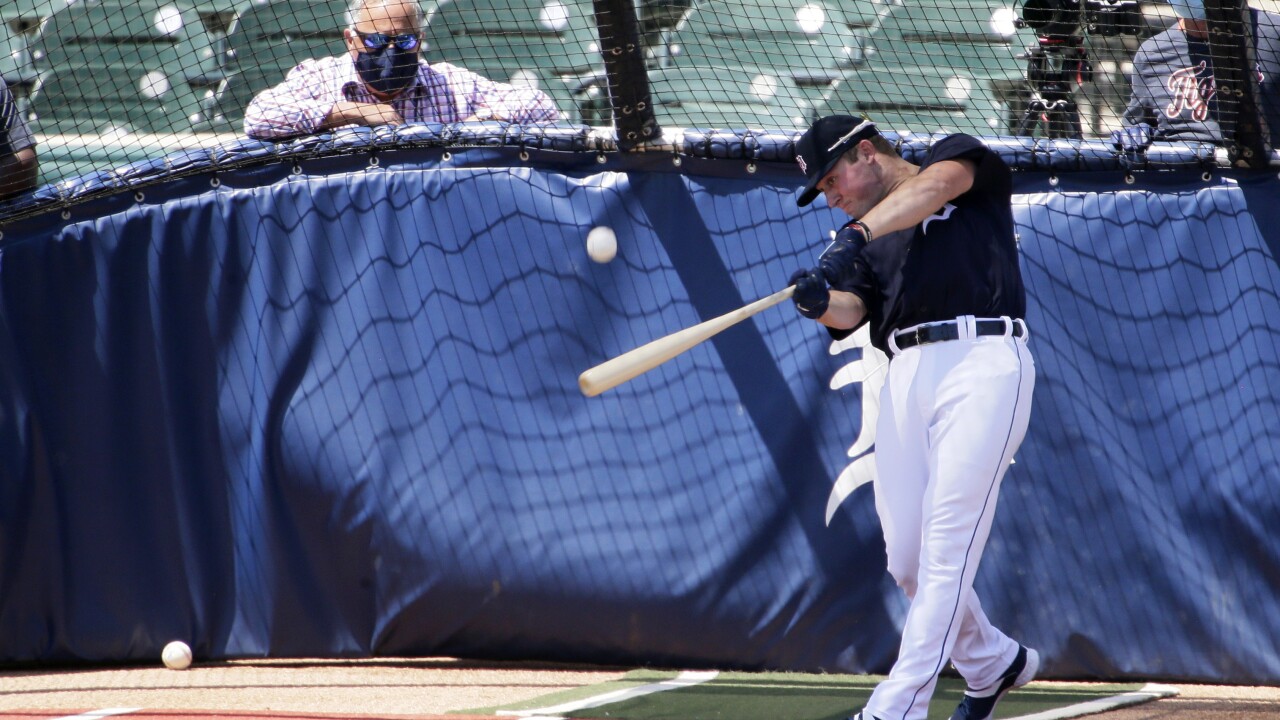 WXYZ — The Detroit Tigers season has been over for a few weeks, but the grind doesn't stop for the young players in the organization that are hoping to get themselves ready for the 2021 season.

The name most fans are hoping to hear a lot over the coming years is #1 pick, Spencer Torkelson, who is currently lighting it up in instructional league play.

The @tigers season may be over, but the grind never stops for the young players in the system, including top pick @spennyt.

Caught up with him today after his game, where of course he went yard, to discuss how his mindset is as he enters the offseason. pic.twitter.com/YRm0u93kAc

Torkelson hit a moon shot home run in his game today, and now that he's seeing other pitchers besides the Tigers pitchers, he's even more excited about being a pro.

"Way better than facing your own guys, I can tell you that, I was getting sick of facing Tigers, I wanted to put the hurtin' on somebody else, it's kind of weird actually, it's been awhile since I've seen another team in the other dugout but it feels more real," Torkelson added.

Torkelson said he's been watching the MLB playoffs when he can, and he's rooting for the Tampa Bay Rays because he "likes the underdogs," and he hopes to carry that attitude into the Tigers clubhouse when he gets the call to be a part of their roster.