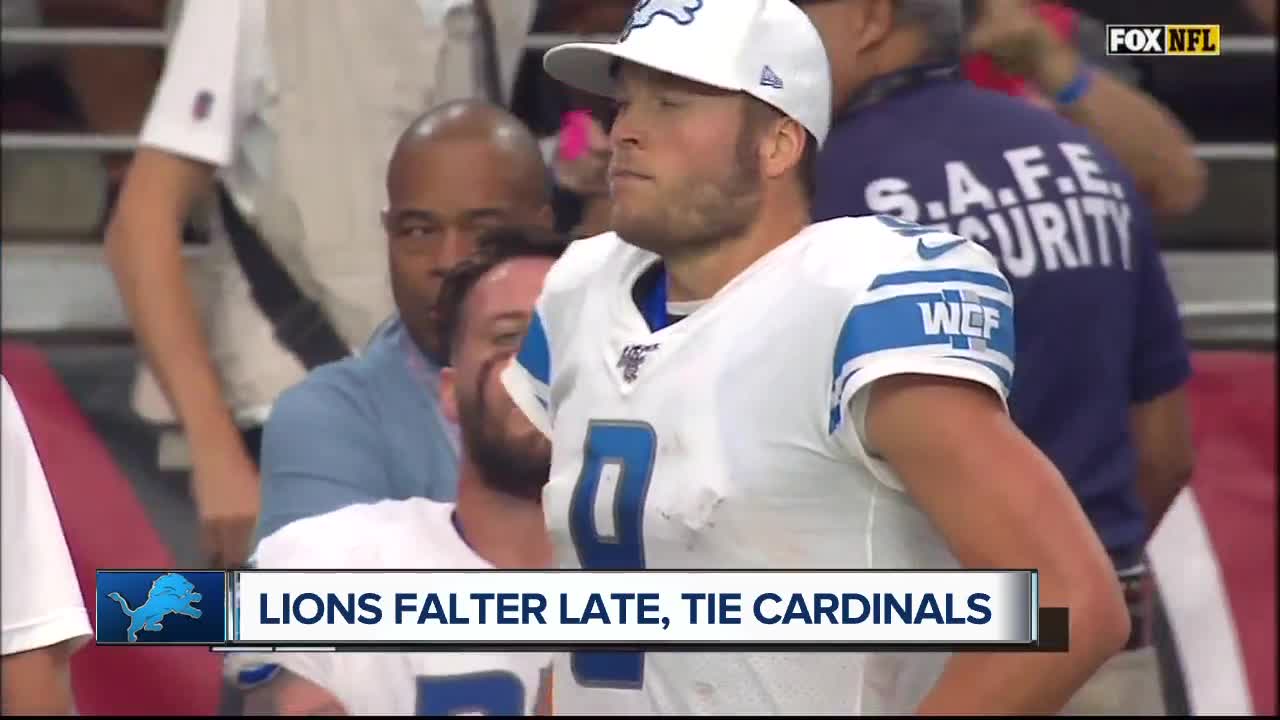 The Lions lamented their opportunities in a overtime tie that on Monday, felt like a loss.

ALLEN PARK (WXYZ) — The Lions enter week two of the NFL regular season in the same spot they entered week one, without a win or a loss.

A tie, the franchises first since 1984, is where their record lies as they returned to Allen Park on Monday.

"Today's a tricky day with that sort of stuff, there's only one goal and that's to win and when you don't do that, everything else doesn't feel the same," Lions head coach Matt Patricia said.

One of the key plays in the game was a timeout called just before the ball was snapped in which Matthew Stafford would have completed a pass to a wide open J.D. McKissic that potentially could have iced the game. Patricia says the coaching must be better.

"I think there were a lot of plays in there, starting with myself, that we could have done better to help us win the game," Patricia added.

The Lions host the Chargers for their home opener on Sunday at Ford Field.