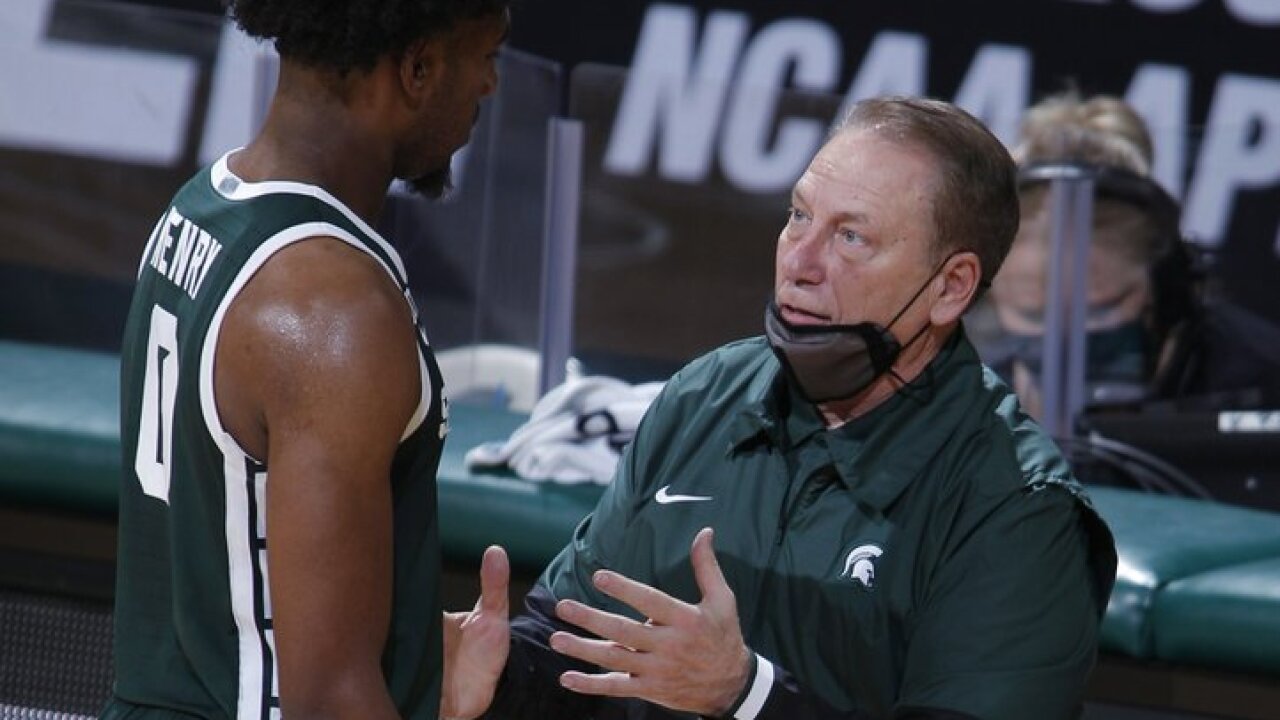 EAST LANSING, Mich. (AP) — D’Mitrk Trice had to play on the road Christmas Day and still got to celebrate one of his best games with his family in the house.

“It was just great to see them and for them to travel up here and us to get the win on Christmas, it’s a big deal,” he said. “I was able to have six tickets for myself and coach Izzo was gracious enough to give my older brother three tickets.”

Izzo acknowledged he didn’t recruit D’Mitrk Trice because he didn’t project him to development into one of the Big Ten’s top players.

“I think we would’ve offered him a scholarship, I think he would’ve come,” Izzo said.

Trice is in his fifth year at Wisconsin, where he steadily improved enough to become a third-team, All-Big Ten player last year.

“I’ve known him since he was little and the way he was grown is a credit to him,” Izzo said.

The Badgers (8-1, 2-0 Big Ten) won at the Breslin Center for the first time since 2004 and extended their Big Ten winning streak to 10 games, dating to last season when they shared the conference championship with the Spartans and Maryland.

To celebrate, players poured water on coach Greg Gard in the locker room.

“Just really proud of the team,” Gard said. “They doused me with water, so I had to change my mask. I’ll have to change everything before we jump on the plane.”

Michigan State (6-2, 0-2) led by nine points early in the second half before struggling down the stretch at both ends of the court. Wisconsin scored 14 of the last 21 points over the final 4:03 to turn a closely contested game into a lopsided result.

“Disappointed to get a nine-point lead and you just don’t step on their throat,” Izzo said.

Joey Hauser scored a career-high 27 points, but he didn’t get much help from his teammates offensively. Aaron Henry was the only other Spartan to score in double figures, but he was 5 of 13 from the field for 12 points and had seven turnovers.

The Badgers, meanwhile, had balance with four double-digit scorers and they combined to score the most points in program history in a win over a ranked team.

Wisconsin’s Aleem Ford scored 13 points while Brad Davison and Micah Potter each had 11.

Wisconsin: Trice, Ford and Davison are seniors Gard can lean on all season. They make plays at both ends of the court with and without the ball.

Michigan State: Turnovers have become a problem for a team that prides itself on being efficient offensively. The Spartans turned over the ball 14 times and Wisconsin scored 24 points off those giveaways.

“We had a couple turnovers that were dumb mistakes,” Hauser said. “That was one of the biggest deciding factors in this game.”

Michigan State had fans in the stands for the first time this season, inviting family members from both teams to attend the game after the state allowed limited spectators at indoor sporting events.

There were about 50 people in previously empty seats supporting the Spartans while the Trice family sat in its own area of the mostly empty arena.

The Badgers will likely move up a little while the Spartans will slip some in The Associated Press college basketball poll.

“They will be a top-five team all season,” Izzo said.

Wisconsin: hosts the Terrapins on Monday night, shooting to extend its 15-game winning streak at home.