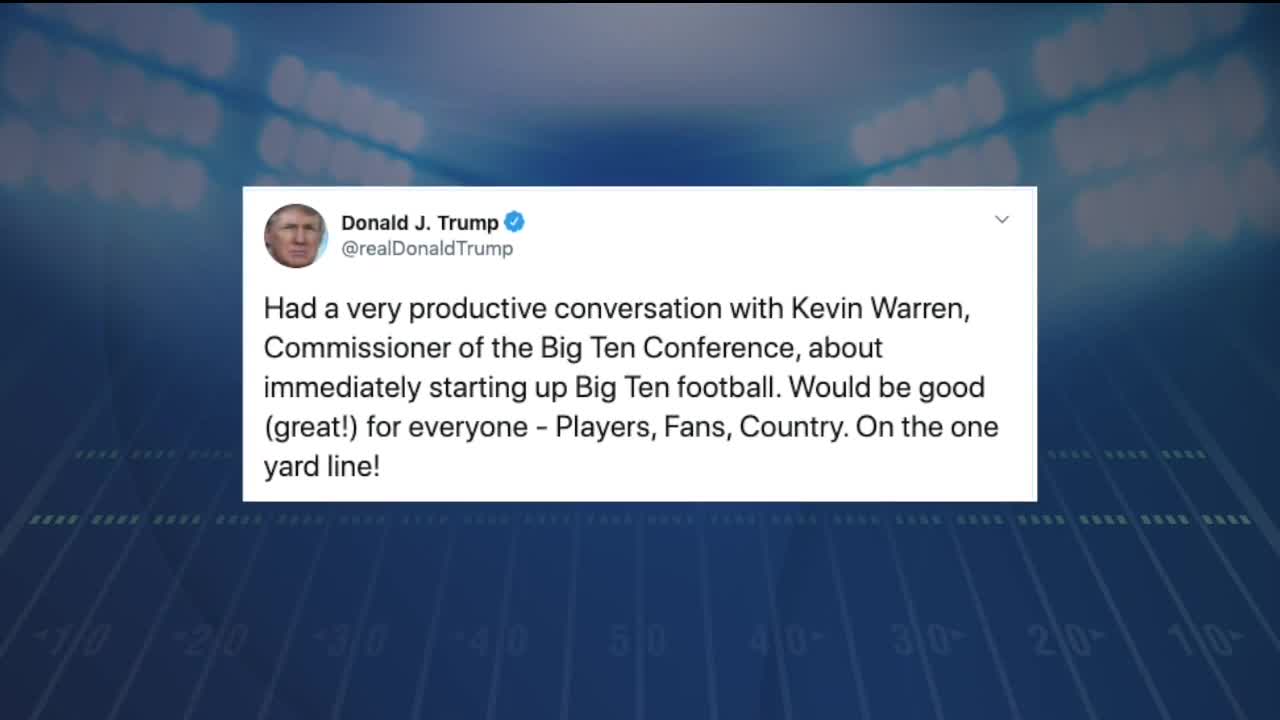 Trump called the conversation "productive" and said it was "on the one yard line.

"Would be good (great!) for everyone - Players, Fans, Country!" he added.

Had a very productive conversation with Kevin Warren, Commissioner of the Big Ten Conference, about immediately starting up Big Ten football. Would be good (great!) for everyone - Players, Fans, Country. On the one yard line!

The Big Ten announced on Aug. 11 it was postponing its fall football season because of concerns about playing during the COVID-19 pandemic. The Pac-12 and some smaller conferences soon followed suit.

Last week it was announced that coaches, athletic directors and others were working on multiple plans for a football season. One of those plans would have football start as soon as Thanksgiving weekend.