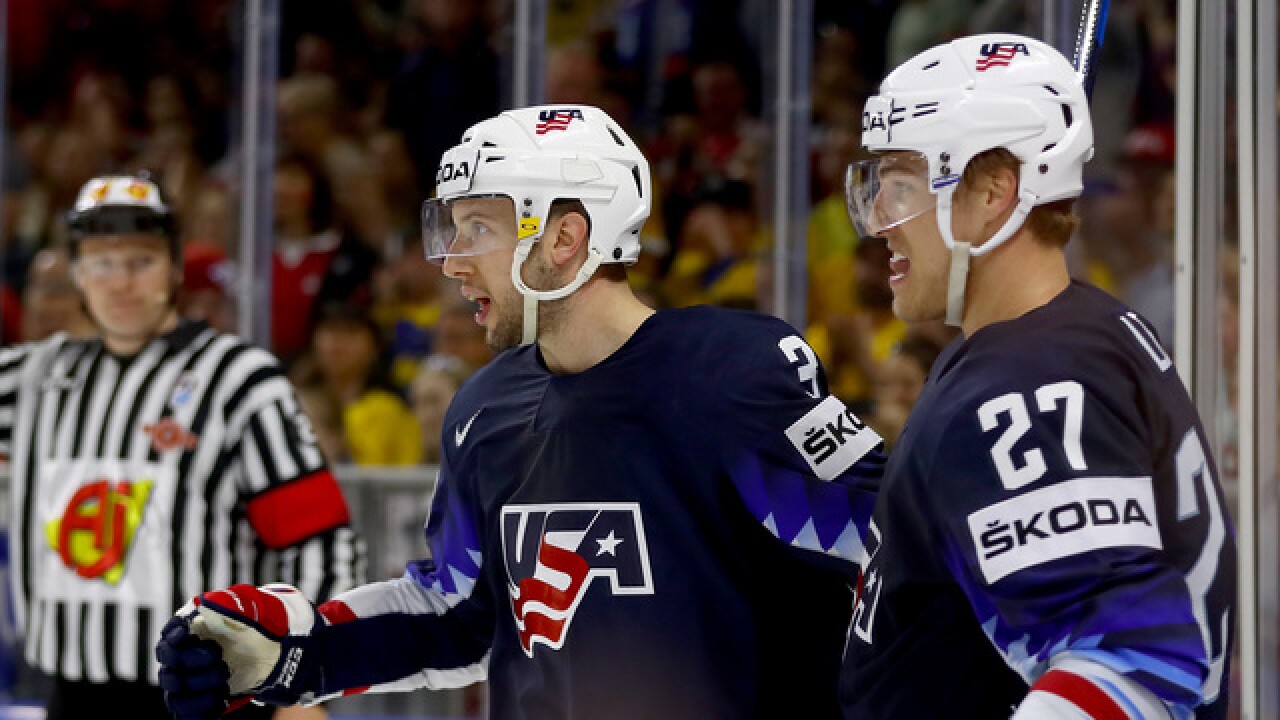 Copyright Getty Images
Martin Rose
<p>COPENHAGEN, DENMARK - MAY 20: Nick Bonino #3 of the United States celebrate with team mate Anders Lee #27 after he scores the 2nd goal over Canada during the 2018 IIHF Ice Hockey World Championship Bronze Medal Game game between the United States and Canada at Royal Arena on May 20, 2018 in Copenhagen, Denmark. (Photo by Martin Rose/Getty Images)</p>

Forward Nick Bonino scored the winner on a rebound during a power play in the final period. Anders Lee and Kreider added empty-net insurance goals to give the U.S. its third bronze in six years.

"It's important for the team but it's also important for USA Hockey," U.S. captain Patrick Kane said. "Now, we can build up off this level and try to keep being better and better."

Kane had an assist in the game to finish the tournament with 20 points for eight goals and 12 assists, the first player to do so since 2008.

"Obviously I'm here to produce and try to create offense and make plays out there," Kane said. "Overall, I'm happy ... it was a fun tournament and a great experience for me and I hope it will help me with my career going forward too."

Canada had to settle for a disappointing fourth-place finish.

"We wanted to win gold," Canada forward Bo Horvat said. "We wanted to be in the final. It's not a result we wanted. But we have to take the positives from this experience and bring it to next year."

Kreider scored the go-ahead goal for the U.S. in the second period, capitalizing on a mistake by Canada captain Connor McDavid.

Canada answered with a Marc-Edouard Vlasic shot that went in between the pads of goaltender Keith Kinkaid.

Captained by McDavid, the NHL scoring leader, Canada was considered a contender for gold.

Chasing its third title in four years, Canada suffered losses in the preliminary round to the U.S. and Finland and was stunned by Switzerland 3-2 in the semifinals.

The U.S. had a great start to the tournament with six straight wins. It knocked out the Czech Republic in the quarterfinals but was trashed 6-0 by Sweden in the semis.