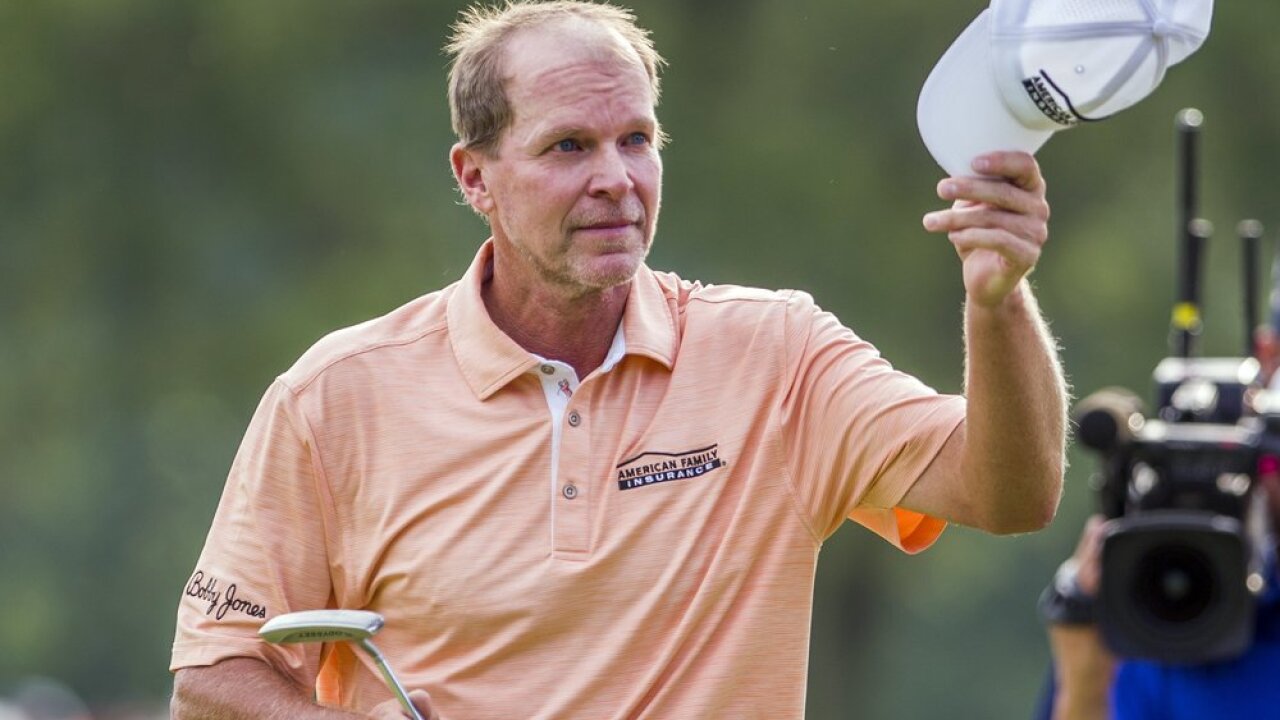 (Copyright 2020 The Associated Press. All rights reserved. This material may not be published, broadcast, rewritten or redistributed.)
FILE - In this June 30, 2019, file photo, Steve Stricker tips his hat to fans after winning the U.S. Senior Open golf tournament at Notre Dame's Warren Golf Course in South Bend, Ind. Stricker now gets six captain's picks for his U.S. Ryder Cup team, and qualifying has been extended by one week. The changes announced Wednesday, June 10, 2020, account for golf not being played for three months during the coronavirus pandemic. (Michael Caterina/South Bend Tribune via AP, File)

U.S. captain Steve Stricker would pick half of his 12-man Ryder Cup team under a revised points system that accounts for golf not being played for three months during the COVID-19 pandemic.

Qualifying for the top six Americans also was extended by one week through the BMW Championship, the second of three FedEx Cup playoff events.

That leaves 12 events for Americans to earn Ryder Cup points for the Sept. 25-27 matches at Whistling Straits in Wisconsin, assuming the Ryder Cup is held this year. A decision is expected by the end of the month on whether the most vocal golf event will proceed with or without fans, or be postponed until next year.

Under the previous system, Stricker had four captain’s picks. The change bumps Justin Thomas (No. 7) and Tiger Woods (No. 8) out of the last two qualifying spots, though only 19 of the 31 events to earn points have been played.

The PGA Tour canceled 11 events, nine that pertain to the Ryder Cup. The John Deere Classic has been replaced by a one-time event at Muirfield Village sponsored by Workday, while the Barbasol Championship in Kentucky would not have counted anyway because it is held opposite a major.

Also missing from qualifying are three majors. The British Open was canceled, while the the U.S. Open has moved to the week before the Ryder Cup and the team already will have been set. The Masters will be played in November.

“With all the various changes to the 2020 schedule, it quickly became apparent that we would need to amend our selection criteria,” Stricker said. “These changes were sparked by circumstance, but conceived with integrity in mind. In the end, we believe they will allow us to put our best team together.”

He said fewer tournaments and only one major this year during the qualifying justified a one-week extension and the two additional captain’s picks.