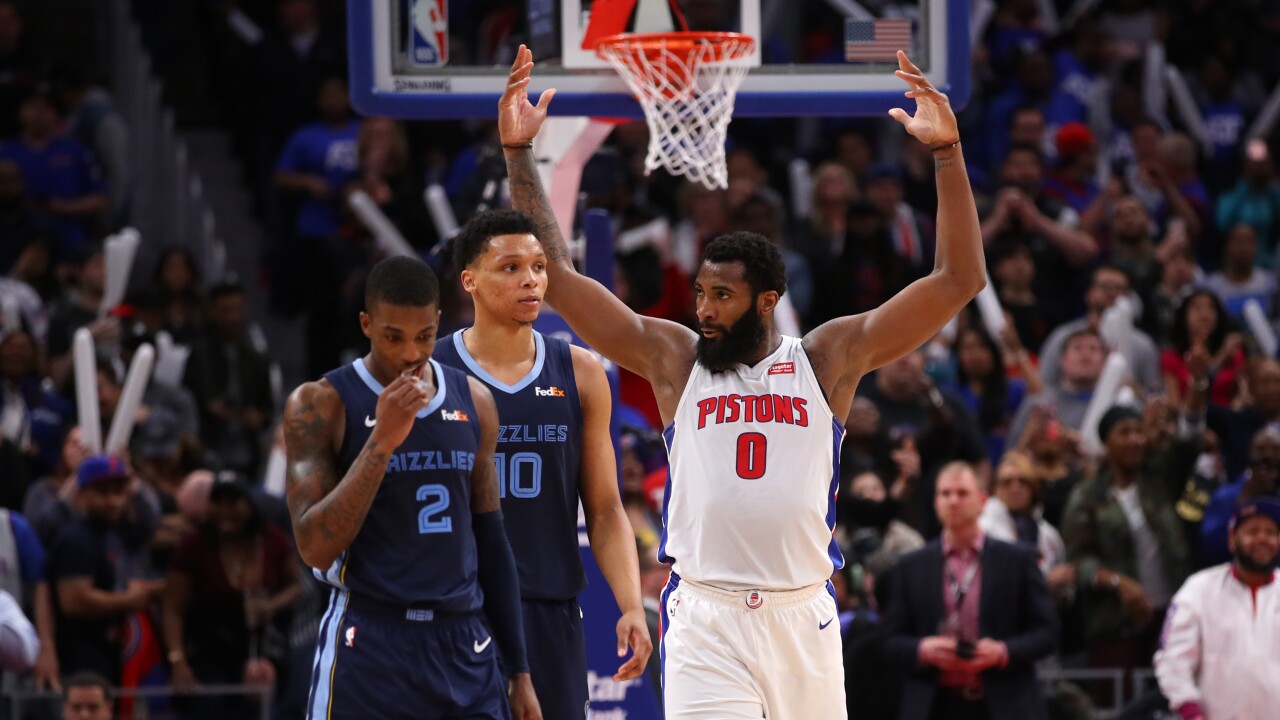 Gregory Shamus/Getty Images
DETROIT, MICHIGAN - APRIL 09: Andre Drummond #0 of the Detroit Pistons reacts in the second half while playing the Memphis Grizzlies at Little Caesars Arena on April 09, 2019 in Detroit, Michigan. Detroit won the game 100-93. NOTE TO USER: User expressly acknowledges and agrees that, by downloading and or using this photograph, User is consenting to the terms and conditions of the Getty Images License Agreement. (Photo by Gregory Shamus/Getty Images)

The Americans released their updated national team roster Thursday, adding six players and deleting eight who removed themselves from consideration over the past several weeks. It means 17 players -- barring any more additions or subtractions, both of which remain possible -- are expected to vie for the 12 spots on the team that the U.S. will take to China for the World Cup next month.

The Americans are the two-time defending World Cup champions.

Of the 17 current national team members, only five -- Lowry, Walker, Drummond, Middleton and Lopez -- have been NBA All-Stars.

They're not the only ones no longer under consideration. USA Basketball released a list of 35 candidates for the World Cup and the 2020 Tokyo Olympics in April 2018, and 29 of those players won't be playing this summer. LeBron James, Paul George, Russell Westbrook, Stephen Curry and Jimmy Butler are among those who passed long ago on the chance to play in the World Cup. Many of the NBA players not playing World Cup are likely to reconsider next summer, provided the U.S. -- as expected -- qualifies for the Tokyo Olympics.

"We're looking forward to exposing the selected players to FIBA World Cup competition and the incredible experience of representing their country," Colangelo said.

USA Basketball also released the names of 13 players who will be on the select team that will play against the national-teamers in training camp, a list that includes four members of last season's NBA All-Rookie team.

The national team and select team players will play an exhibition game Aug. 9 in Las Vegas, before camp resumes the following week in El Segundo, California. The World Cup in China begins Aug. 31.