USPBL hoping to get season started - with fans 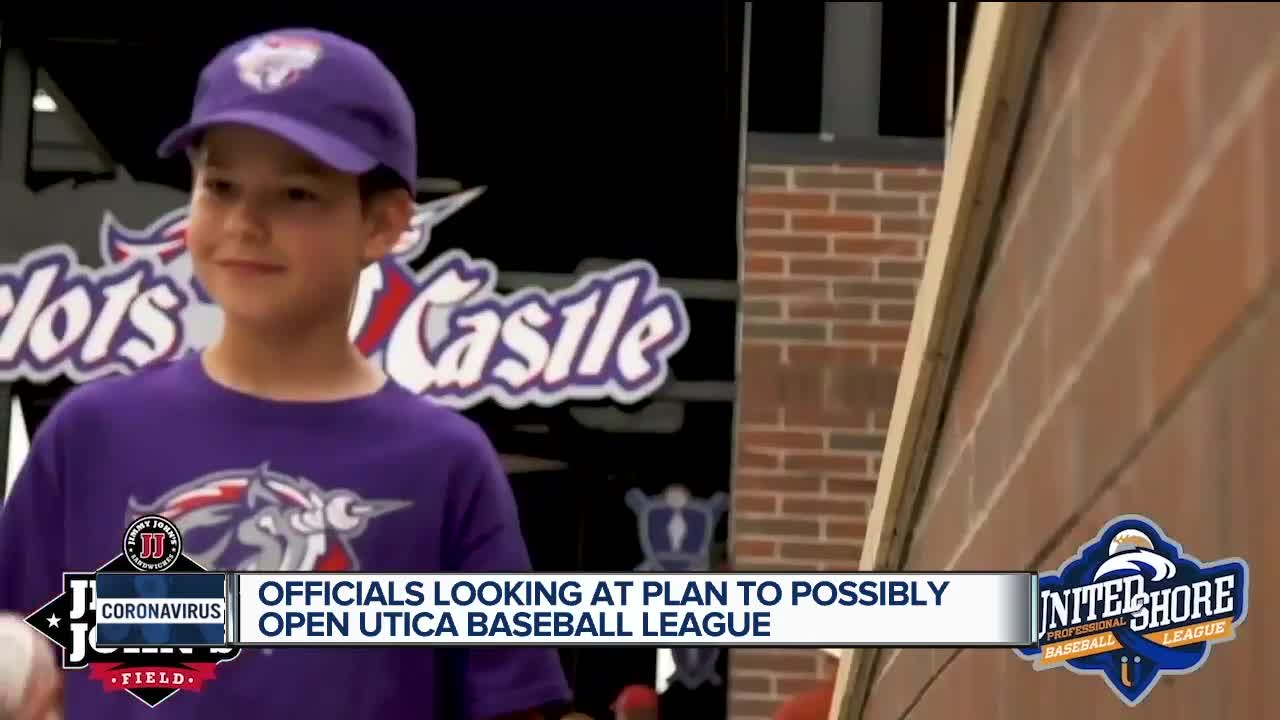 The independent baseball league hopes to have fans in the stands in mid-June.

WXYZ — The United Shore Professional Baseball League out of Utica is in an interesting situation when it comes to their season.

Entering its fifth year, the independent league is trying to navigate the COVID-19 shutdown like everyone else and could be one of the first sports leagues to reopen.

“When you think about an 82-degree summer night in Michigan and for whatever reason we couldn’t play a game, that would be a travesty,” USPBL CEO Andy Appleby said.

Jimmy John's Field is home to four different teams under the USPBL umbrella. For the past four years, the growth in support has been off the charts, as the small business model for sports entertainment has blossomed in Utica.

“Even if we were to play with a third of the fans, it will still be great, we’ll have those thousand charities be able to leverage our ballpark, we’ll still be able to have two or three hundred game day associate jobs, the economic and social impact that we make in this community is just staggering,” Appleby added.

CEO Andy Appleby says the league isn’t in danger of folding should they not be able to open the gates at all in 2020, but he also looks at the league oping in some fashion as a blueprint that other leagues could follow, something that was apart of their 216-page COVID Protocol they have passed on to the Governors office as they eye something no other league has, a mid-June return.

“From the dialog we have had, the players are ready to go and we’re not going to put them in a situation that’s unsafe or unhealthy for them to be in there. We’re going to do our part and we’re going to make this decision with the best facts we have,” Director of Baseball Operations Justin Orenduff said.

“We’re that perfect environment to do that because of all the flexibility and control we have, in fact, we are speaking to the Governor about that very same thing, she could be part of re-opening sports, if you will, and doing it in a very safe manner,” Appleby added.