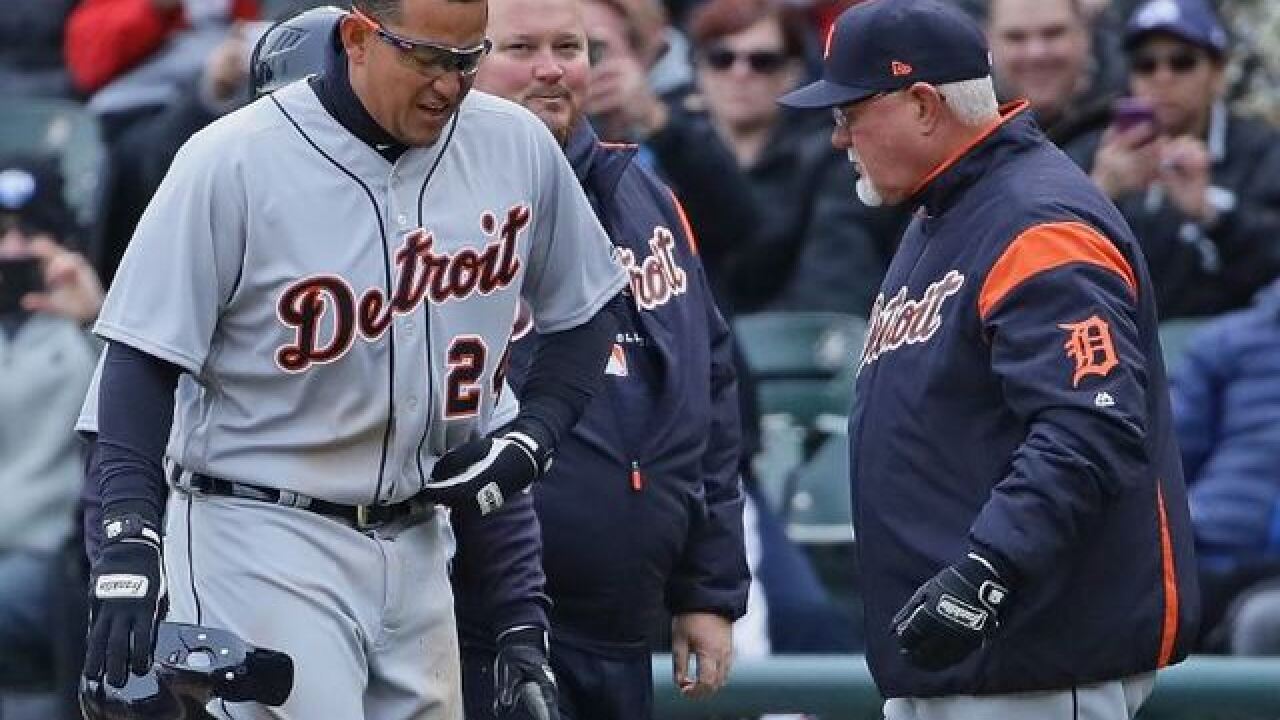 Cabrera stumbled after his foot hit the bag awkwardly as he rounded first on a single in the first inning Thursday. He remained in the game after being tended to for a few minutes. But Niko Goodrum replaced him at first base in the second inning.