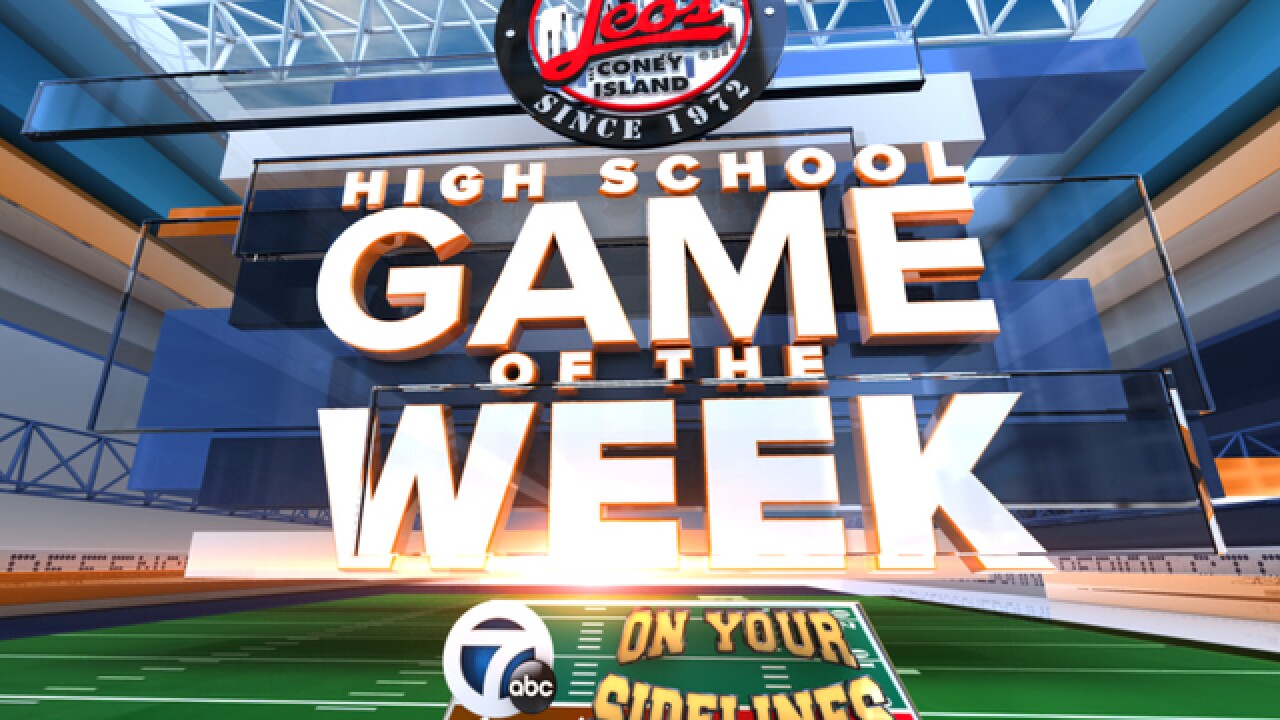 After a successful first week of high school football in metro Detroit, the Leo's Coney Island High School Game of the Week is back for week two!

Our Game of the Week is Crestwood at Redford Thurston. The game won the contest with over 31 percent of the votes.

Dearborn Crestwood made a 10-minute drive to play rival Redford Thurston for tonight's @LeosConeyMI Game of the Week. @BradGalli reports from the game. pic.twitter.com/wyysZ1L7lt

We have five different games in the running to be named game of the week, starting each Sunday night and closing at 11:59 p.m. on Wednesday. Then, we announce the winner on 7 Action News This Monring on Thursday.

Brad Galli will be live at the winning school during 7 Action News at 5 and 6 on Friday night.

VOTE FOR YOUR TEAM BY CLICKING HERE OR BELOW