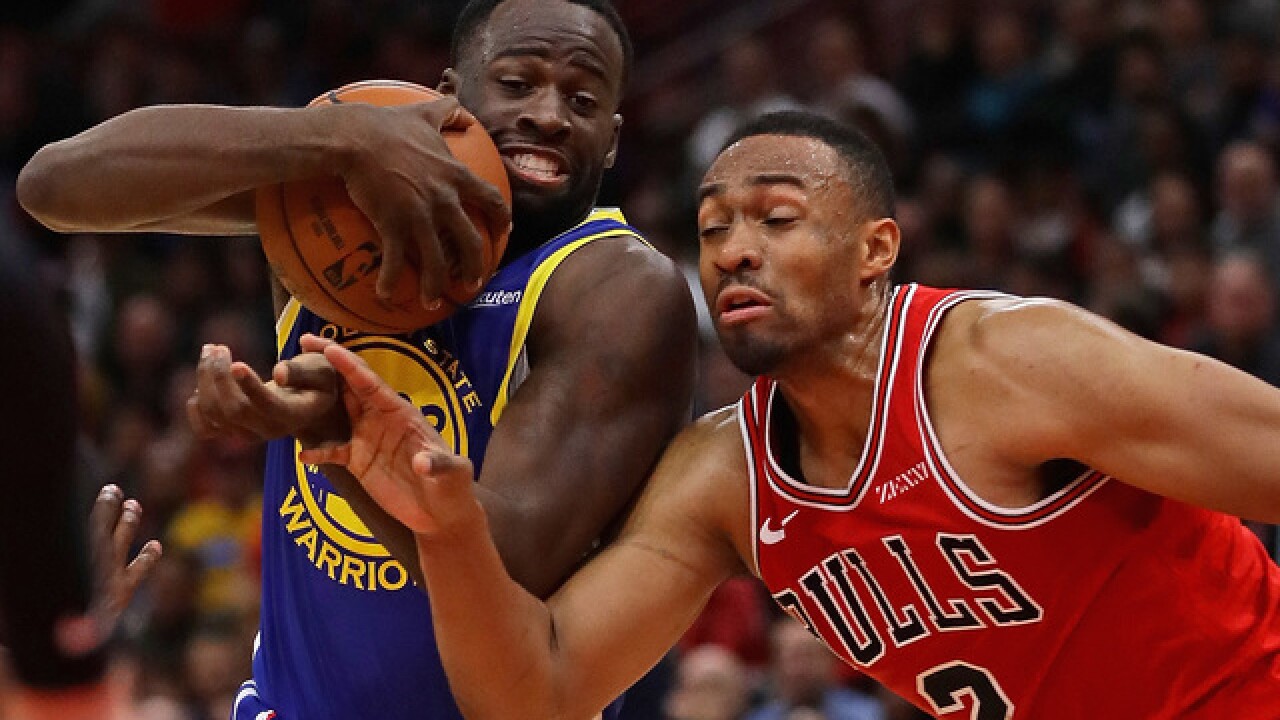 OAKLAND, Calif. (AP) — Warriors All-Star forward Draymond Green has been suspended one game by Golden State for conduct detrimental to the team.

The Warriors made the announcement Tuesday, about four hours before they were set to host Atlanta, and said Green would serve the suspension against the Hawks. General manager Bob Myers was scheduled to address Green's punishment before the game.

In the closing seconds of regulation during Monday's 121-116 overtime loss on the road to the Clippers, Green secured a rebound and with Kevin Durant calling for the ball instead dribbled the length of the court into traffic and lost control as the Warriors failed to get a shot off. Durant was shown on camera visibly upset. The two got into it afterward, according to beat reporters on the scene.

Myers and coach Steve Kerr have long supported Green's fiery nature that leads to technical fouls. Myers even sat with Green next door to Oracle Arena at the Oakland Coliseum when Green was suspended for a crucial Game 5 loss to LeBron James and the Cavaliers in the 2016 NBA Finals. The Warriors wound up losing in seven.