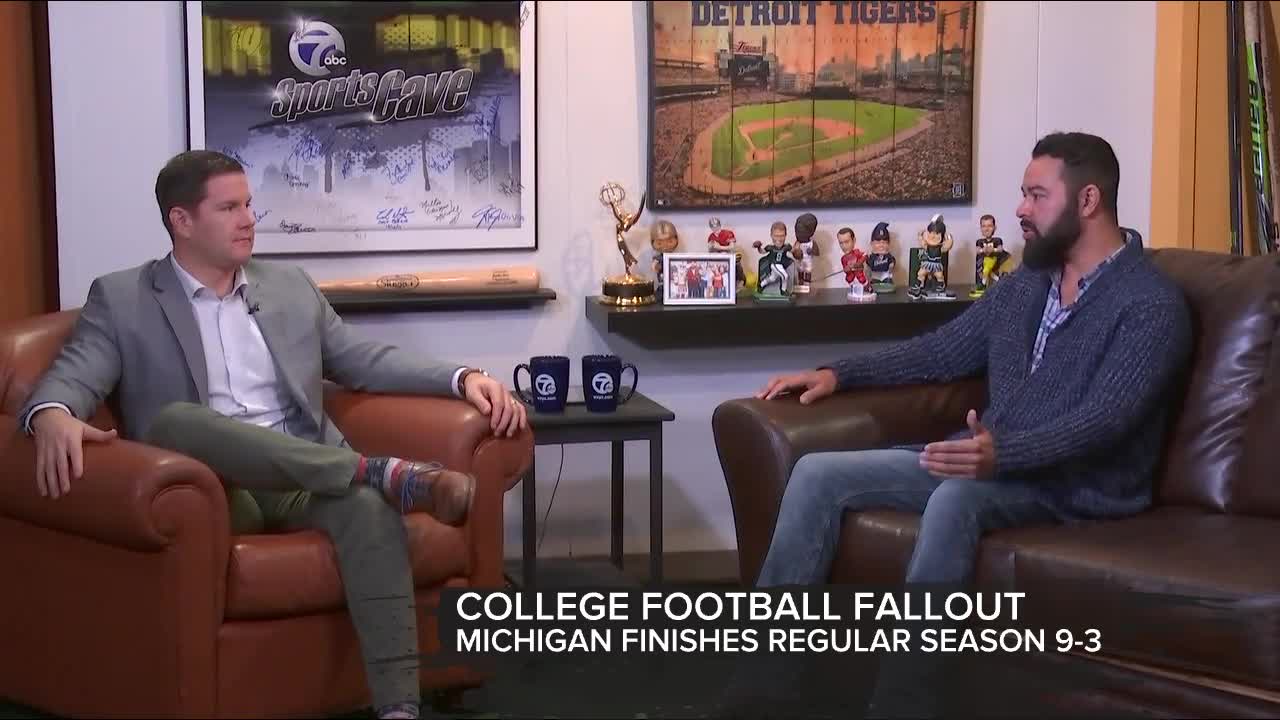 This week the panel talks about the 8th straight Wolverine's loss to the Buckeyes, the state of the Lions with a former player, and the upcoming Frozen Four being hosted at Little Caesars Arena.

WXYZ — It's a tough time to be a Michigan fan as Ohio State continued it's dominance in the rivalry.

Isaiah Hole from WolverinesWire.com stops by to give his thoughts on what the mains issues are for the program as well as what needs to change moving forward.

The Lions are looking more and more like a team that will be drafting in the top five of next years NFL draft, former player Tim Walton Sr. stops by to offer his thoughts, as well as tell us how the NFL Players Association locally is making a difference in the community.

In April, Little Caesars Arena will host the Frozen Four. Chairman of the local organizing committee Greg Hammaren stops by to talk about the planning of the event, as well as what fans can expect who make the trip.