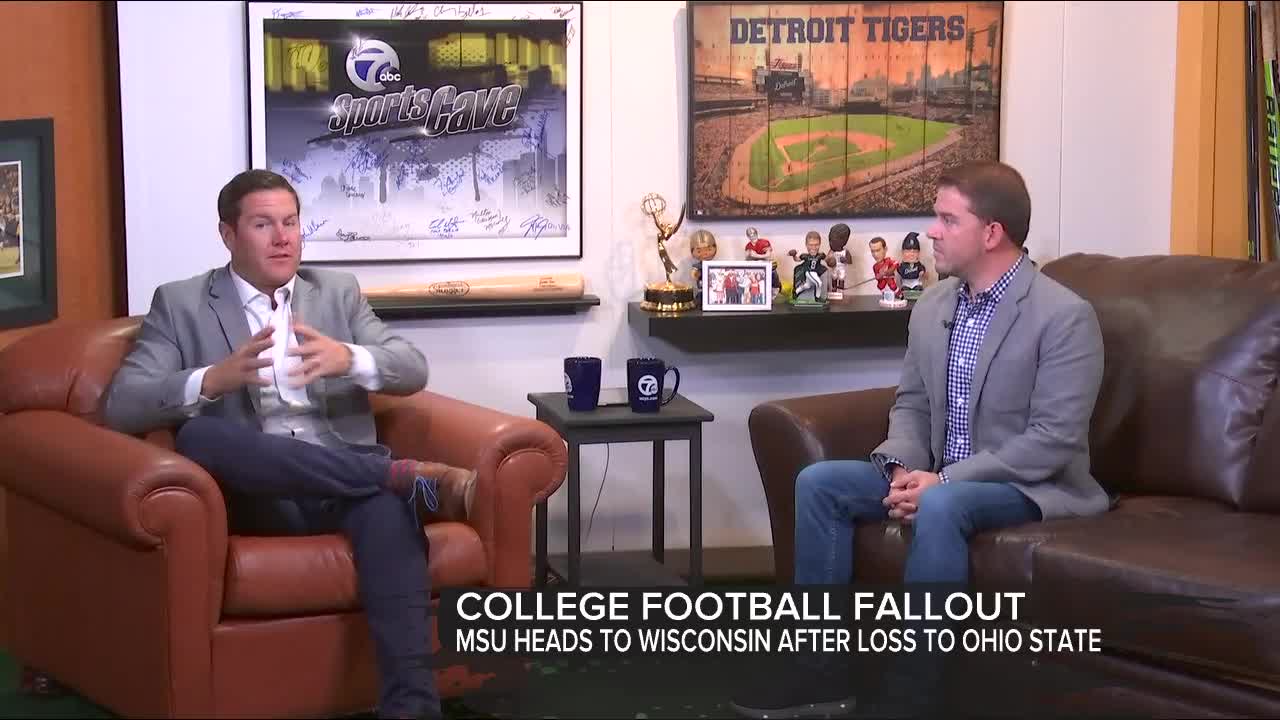 The 7 Sports Cave talks about the Michigan and Michigan State football problems, the Red Wings have started their season hot, and Hall of Fame defenseman Nicklas Lidstrom joins the show.

WXYZ — College football in the state of Michigan is in decline, depending on who you ask.

Another weekend goes by, with mixed results from both our college powers.

However October is also the start of new seasons, the Red Wings are out of the gate with a 2-0 record, while Blake Griffin and the Pistons begin preseason action this week.

You can catch up on all of the action, but viewing the show in the media player above!