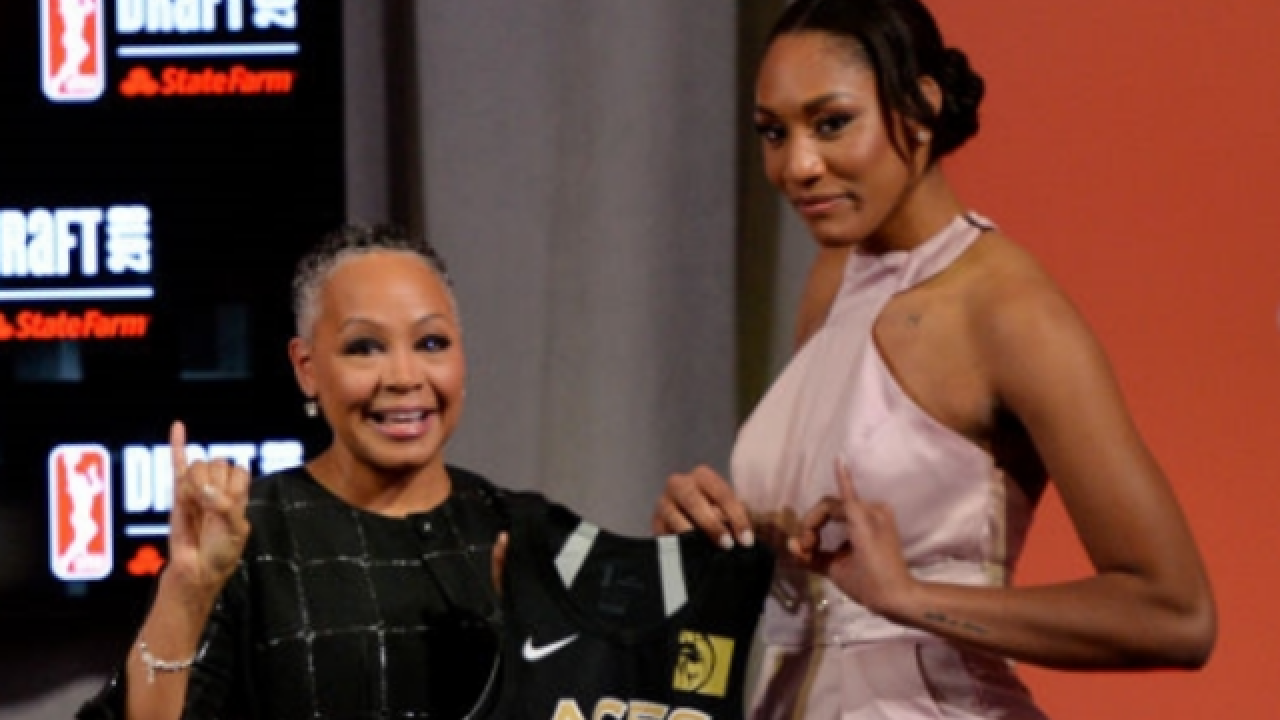 First @_AjaWilson22 saw her dream come true as the #WNBADraft's No. 1 pick to the @LVAces.

Then she got a surprise message from her longtime favorite player, @BlakeGriffin23.