Emoni Bates is verbally committing to Michigan State. The 2020 Gatorade national player of the year is also carving out his next step: he’s creating Ypsi Prep Academy. 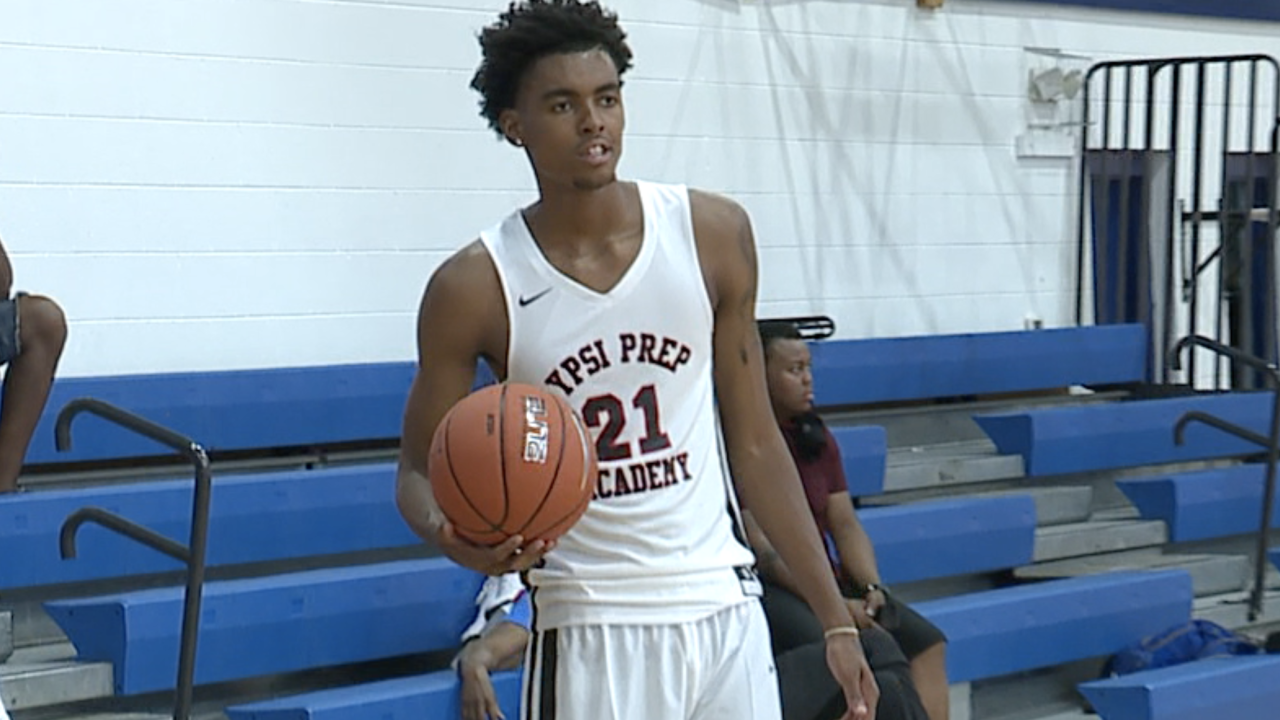 (WXYZ) — Emoni Bates beat out every high school basketball player in the country to win the 2020 Gatorade national boys player of the year award.

He was only a sophomore.

Now, the best prep player in the nation, who has eyes on a big NBA future, is verbally committing to Michigan State.

“I try to reach my dreams everyday by working hard,” Bates told WXYZ.

His dream is a big one.

Inside a gym in southeast Michigan, Bates is busy first plotting the next step in his basketball journey. He’s starting and starring on the new Ypsi Prep Academy basketball team.

“It’s my hometown. I didn’t really want to leave, so I’ll stay here until it’s time for otherwise,” Bates said.

“You never want to leave your foundation, you know? Home is home. If we can do it here, why not do it here? Family support, community, there’s nothing better than being home.” Elgin Bates said. He said Emoni and the family turned down offers to play at basketball schools across the country.

“I’m kind advanced for my city. I’ve been playing against people that I grew up with. I want to play against people across the world and show my true talent, that I can play with anybody,” Bates said.

Bates leaving his high school, Ypsilanti Lincoln, and will play against the nation’s top academies. But he is staying in Michigan.

“It’s been in the making for quite some time, trying to do something unprecedented in the state of Michigan that really hasn’t been done,” Emoni’s father Elgin said.

At Ypsilanti Lincoln, he won a state championship his freshman year. He was on the cover of Sports Illustrated before his sophomore season. And in that campaign, he averaged over 30 points a game.

Emoni wants to get better, sharper, and play consistently against top-level competition. Bates’ mother told WXYZ the experience at Lincoln will always be special to them, and his father says Coach Jesse Davis is like a brother to him.

“We got love for the whole Lincoln organization. It’s just, Emoni, he’s on a different path and we gotta continue to navigate him through that path,” Elgin Bates added.

Players are joining Bates to compete on a national schedule.

They’ve come from Grand Rapids, Mount Clemens, and as far as Georgia. Their goal is the same: to play in the NBA.

“I’m really excited because I’m playing against people that can make me better, and I can make others better. But I’m also gonna compete and show I’m the best player in the country,” Emoni said.

To become a household name in high school is remarkable. Bates is in rare territory. He’s putting himself in a stratosphere of one-name high school notoriety, like LeBron James and Zion Williamson. Bates said he doesn’t shy away from the challenges that come with that.

“Most definitely,” he said. “I just try to stay humble in the most possible way.”

“That’s the main focus, LeBron told me that. He said, ‘Stay in the gym everyday. You just gotta lock in.’”

Keeping Bates humble has been a goal of his parents since they realized early on he had a bright basketball future.

“Balance is key at home,” his mother, Edith said. “Life is normal, day-to-day life: he has chores like a normal teen. Keeping life balanced is I think what keeps him balanced and humble.”

For a basketball superstar who does so much on the court, his mom did say he isn’t very good at one particular at-home duty.

Players in Bates’ level are starting to jump to the G-League, electing for professional ball instead of college before entering the draft. The NBA’s rules may evolve by the time Bates graduates high school, but for now, he has carved out his next steps.

After being asked for years, ‘What’s next?’ Emoni Bates knows his plans include Ypsi Prep Academy and MSU.