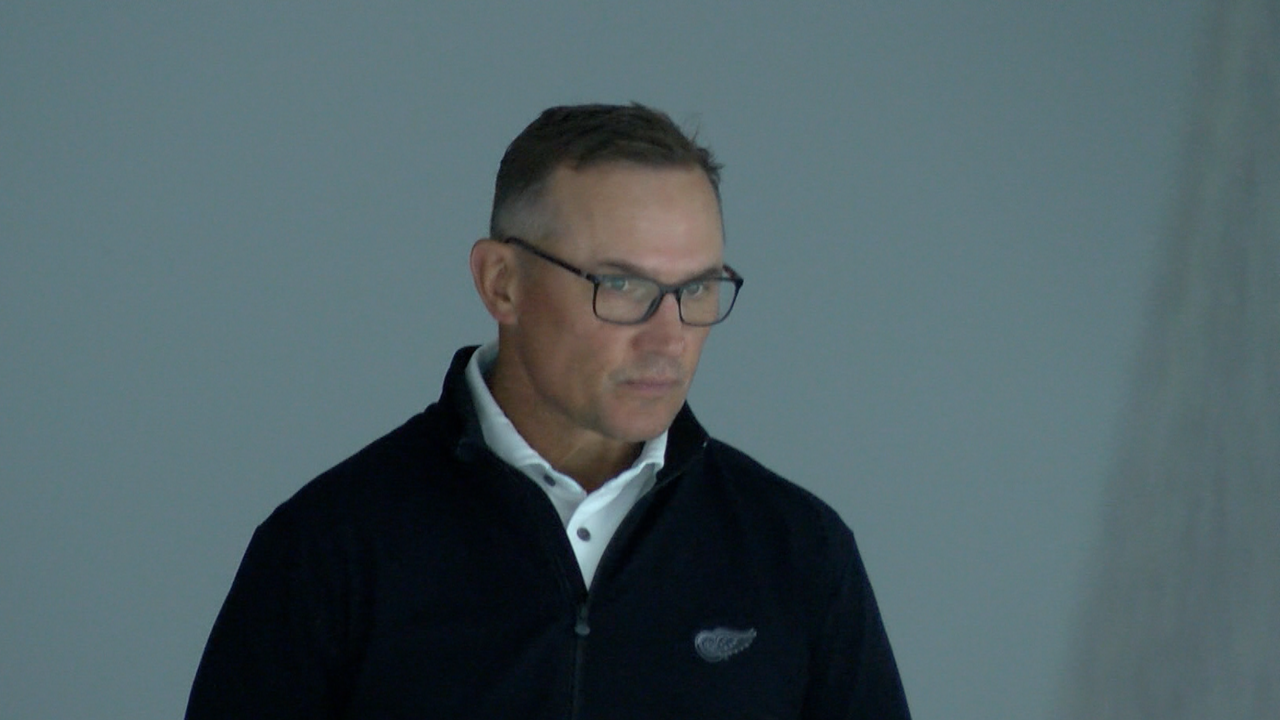 TRAVERSE CITY, Mich. — Steve Yzerman watched the Red Wings from a perch above one of the rinks at Centre Ice Arena in Traverse City on Friday.

He spoke about his decision to hold off on naming a captain, his plans for building the roster, and why he thinks Dylan Larkin has the ability to really hit his prime with more success.