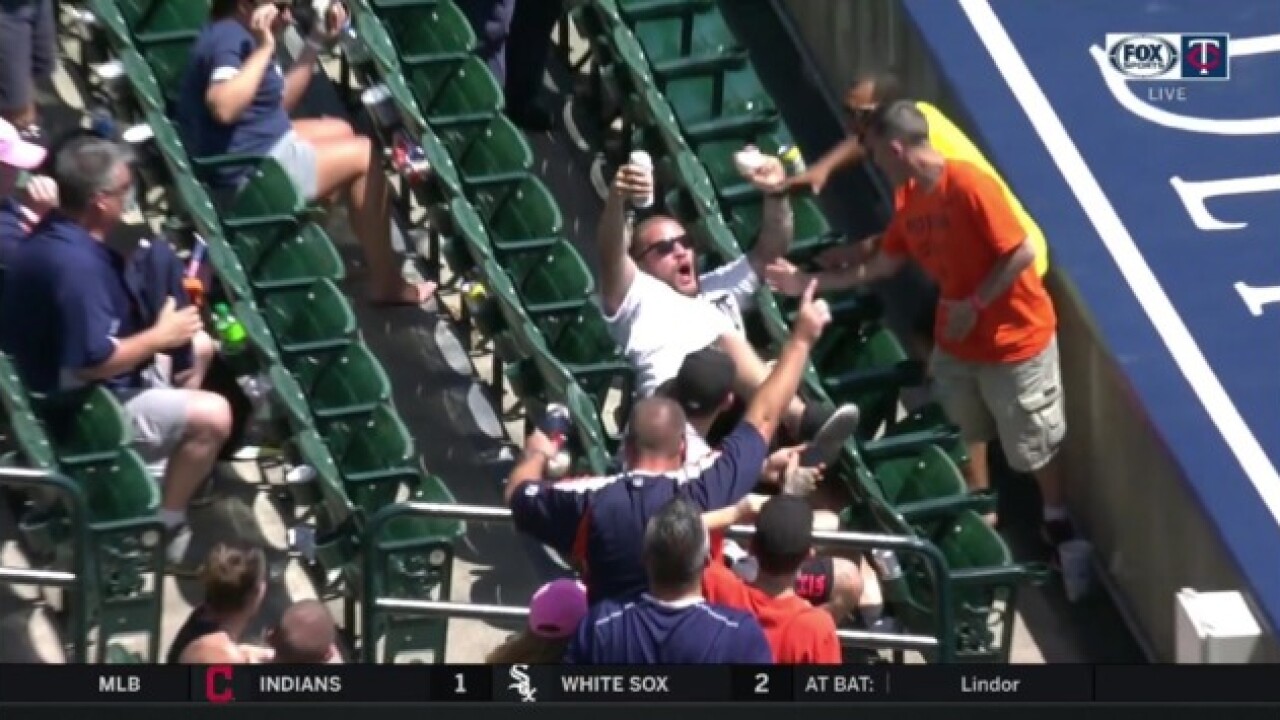 The Detroit Tigers took on the Minnesota Twins yesterday afternoon, and besides JaCoby Jones' two-run home run to give them the lead in the eighth, it was a fan who made one of the highlight reel plays of the game.

It was the bottom of the sixth when Jaimer Candelario fouled a pitch off high, over the netting on the first base line.

The fan sitting in the second row behind the dugout was able to catch the ball with one hand while holding a can of beer in the other hand.

Despite falling and spilling just a little beer, the fan got up and chugged the beer while holding the ball in the air.

Cheers to you, sir.

This wasn't the best fan foul ball catch of the month though, as a woman managed to catch a foul ball in her beer at Petco Park in San Diego last week. She proceeded to chug the beer with the ball in it, like any fan should.

Beer — and baseball — served to your seat at @Padres games 🍺⚾️ pic.twitter.com/zCh3HjeUyD