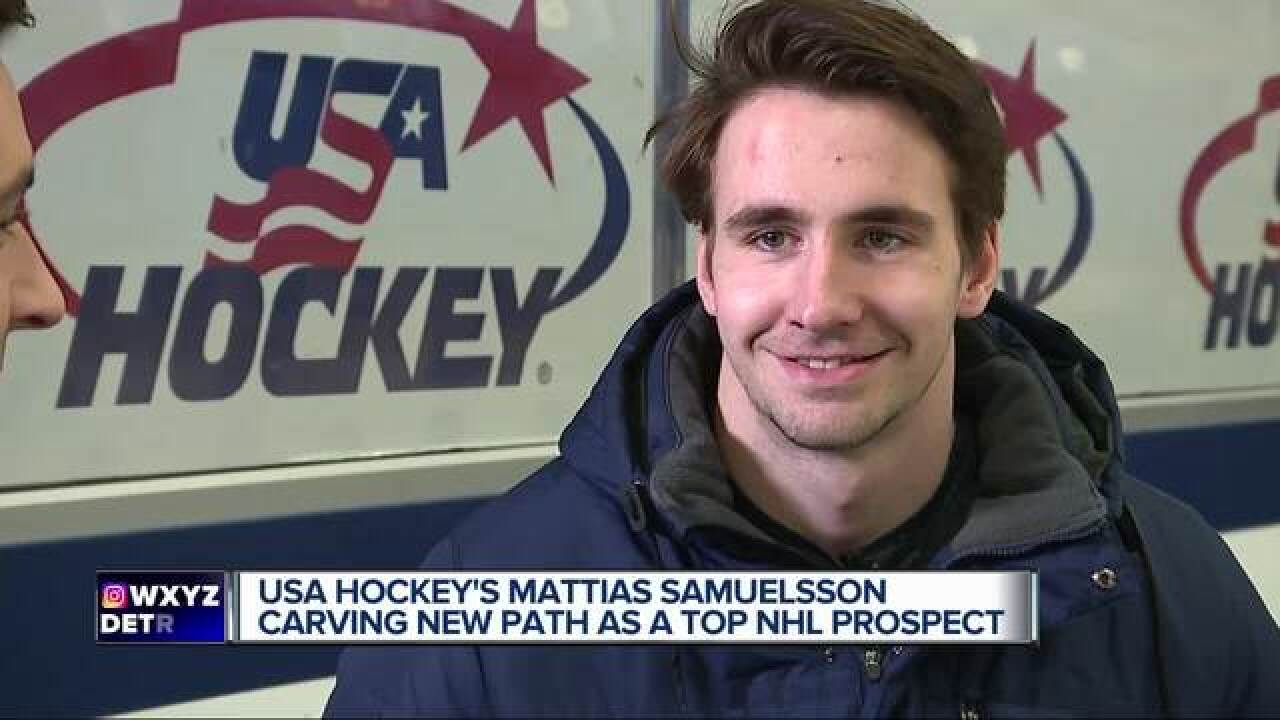 Samuelsson was selected by Buffalo with the 32nd pick in the 2018 draft, and completed his sophomore season at Western Michigan. He is following the career path of his father, former NHL defenseman Kjell Samuelsson, who is currently the Philadelphia Flyers' director of player development.

USA Hockey's @M__Samuelsson has the name and the game of a future NHL standout. We talked about family, hockey, and his growth at @USAHockeyNTDP. pic.twitter.com/pQaO8lMnie

Mattias Samuelsson served as an alternate captain last season and was an honorable mention for the National Collegiate Hockey Conference defenseman of the year honors. Samuelsson had two goals and 14 points in 30 games last year, and overall has seven goals and 26 points in 65 career college games.

The 20-year-old from New Jersey represented the United States in each of the past two world junior hockey championships, including the silver-medal-winning team in 2019. He played in Plymouth's USA Hockey National Team Development Program for two seasons.

“We are very pleased with Mattias’ growth both at Western Michigan and on the international stage,” Sabres GM Jason Botterill said. “He possesses a unique combination of size, speed and skill, and we look forward to working with him on his next steps as a pro.”

Listed at 6-foot-4 and 223 pounds, Samuelsson is expected to begin his development in the minors.

Mattias Samuelsson, big @USAHockeyNTDP defenseman, lands with the Sabres at No. 32 overall. pic.twitter.com/8Y5eSyzVZ4