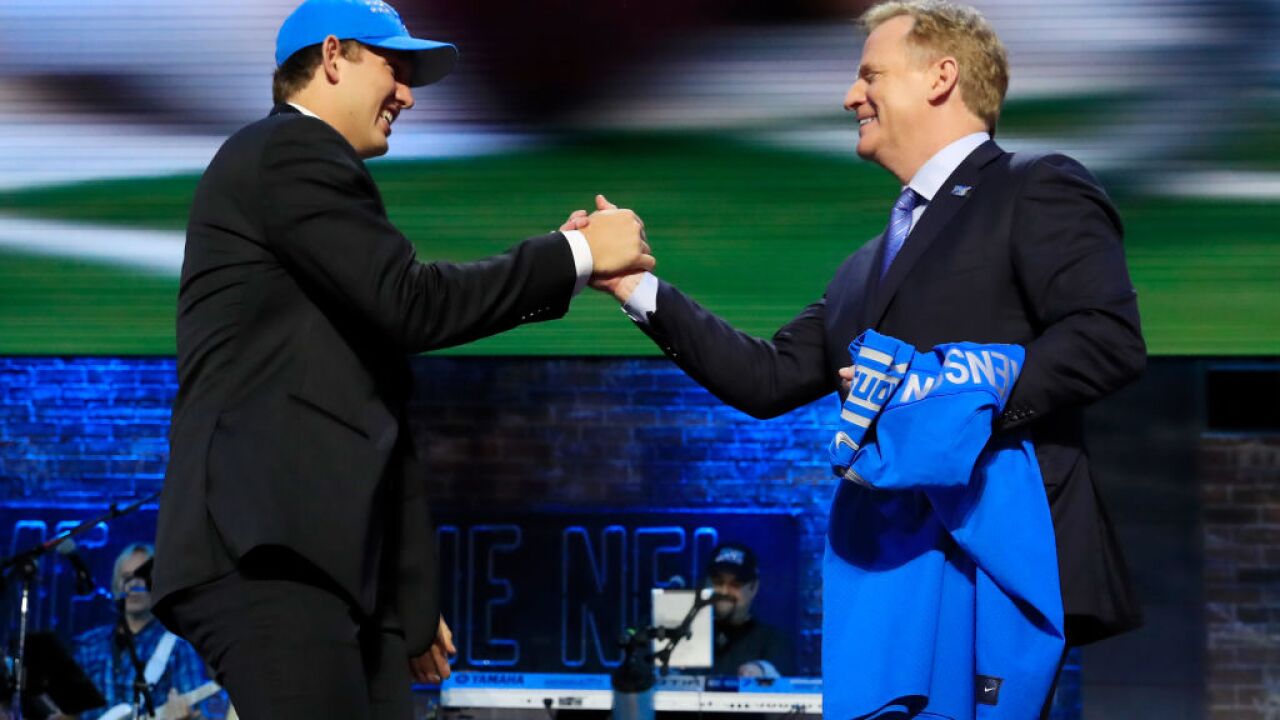 Andy Lyons/Getty Images
NASHVILLE, TENNESSEE - APRIL 25: T.J. Hockenson of Iowa greets NFL Commissioner Roger Goodell after being chosen #8 overall by the Detroit Lions during the first round of the 2019 NFL Draft on April 25, 2019 in Nashville, Tennessee. (Photo by Andy Lyons/Getty Images)

(WXYZ) — Detroit Lions fans had mixed reactions when it was announced the team chose Iowa tight end T.J. Hockenson with the 8th pick in the NFL Draft.

Fans immediately took to social media to give their thoughts, most of which were not great, when the pick was announced. Several defensive players were still on the board.
Check out some of the comments below.