What do Detroit sports fans want from their teams for Christmas? Winning 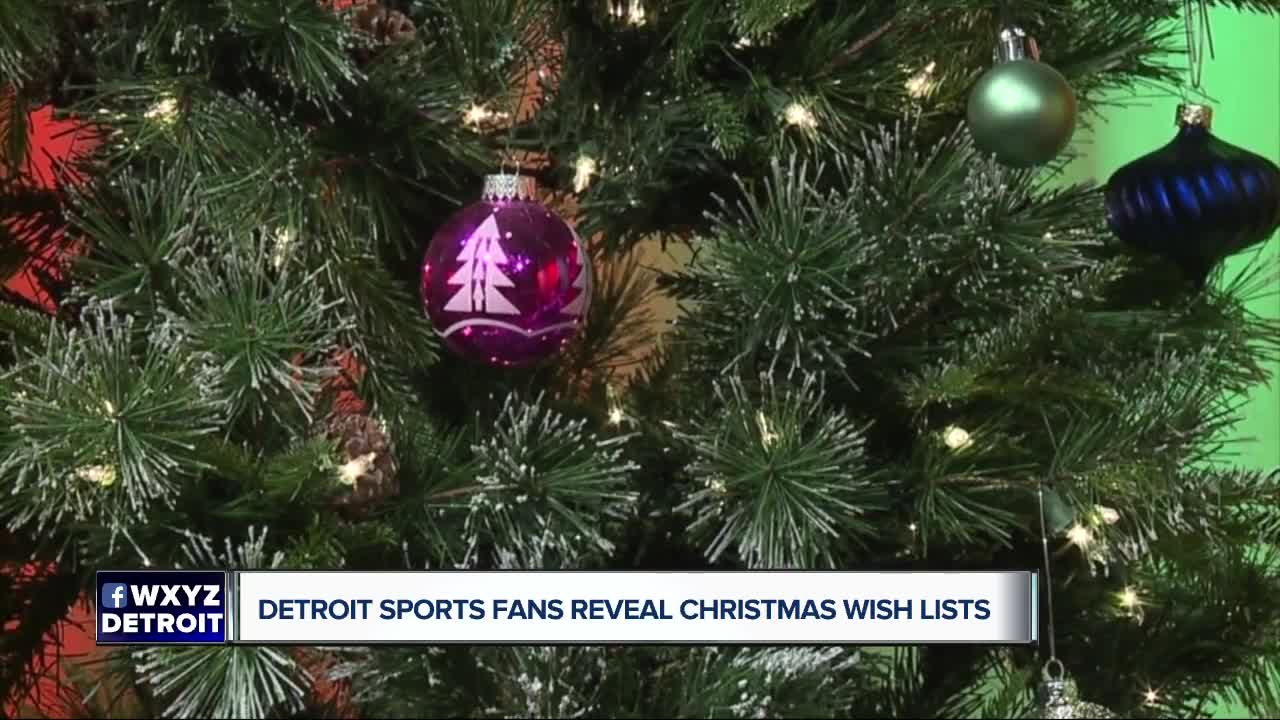 The holidays create some of the happiest feelings: Family, friends, food – but when it comes to Detroit sports right now, the teams have essentially dumped a truck-sized load of coal into the city's stocking.

(WXYZ) — The holidays create some of the happiest feelings: Family, friends, food – but when it comes to Detroit sports right now, the teams have essentially dumped a truck-sized load of coal into the city's stocking.

We went out to ask fans what they wanted from the Detroit sports teams. There was one consistent gift they wanted more than anything else.

"I'd like to see winning teams," one person said.

"Maybe some wins," another told us.

Winning has been rare in Detroit for years now.

The Tigers were the worst team in baseball in 2019. Admittedly head-first into a rebuild, they played in front of small crowds at Comerica Park, nearly set a new franchise record for their worst season ever, and gut punches of watching former standouts win in other uniforms.

What could Santa drop off at Al Avila's office? A bigger payroll. Avila said he's ready to start building up. The farm system is better – but this rebuild was about cutting budget, a lot of it. So, maybe all the Tigers want should want for Christmas is gift cards – free agent gift cards.

The Red Wings got their Christmas gift in April: Steve Yzerman. He came gift-wrapped from Tampa, bringing optimism and a record of success with him.

He’s one of the biggest, most-impactful sports legends in Detroit’s history. He's developing the team he wants, and building it right now. But, it's coming with some ugly losses this season, where the Red Wings have lived at the bottom of the NHL standings. What should Wings fans want for Christmas? A reminder that they got their gift eight months ago.

“We were worse at first, but we’re gonna get better. We can’t give up on our team spirit," one fan said of the Pistons.

The pistons are the lone local team that could make the playoffs. That doesn't mean a lot.

They're not taking center stage with a Christmas game on ABC and they haven't won a playoff series since 2008. Even with Blake Griffin and Derrick Rose, this team is like opening a gift that looks promising on the outside, but when opened, you find out it's not what you wanted.

The Lions. Almost everyone in this town is sick of the story almost every season this time of year. Promise. Hope. Disaster. This year, a new flavor, but the same stomach ache.

“If I had to pick one, it’d be the Lions with a winning season. It’s not a crazy request but it’s what I’d like to see," one fan said.

“Better coaches, players. Coaches. Bring us some wins," another added.

Lions fans keep coming back. It's the NFL, the biggest sport in America. And yet, it's the same gift year after year.

The story is as well-known as Rudolph the Red-Nosed Reindeer. Zero playoff wins since 1992. Of the 123 teams in the four major sports, only the Cincinnati Bengals are the only other team that has done that.

What do Lions fans want for Christmas? It’s simple. A winning team. But as we’ve also seen, it’s not that simple.