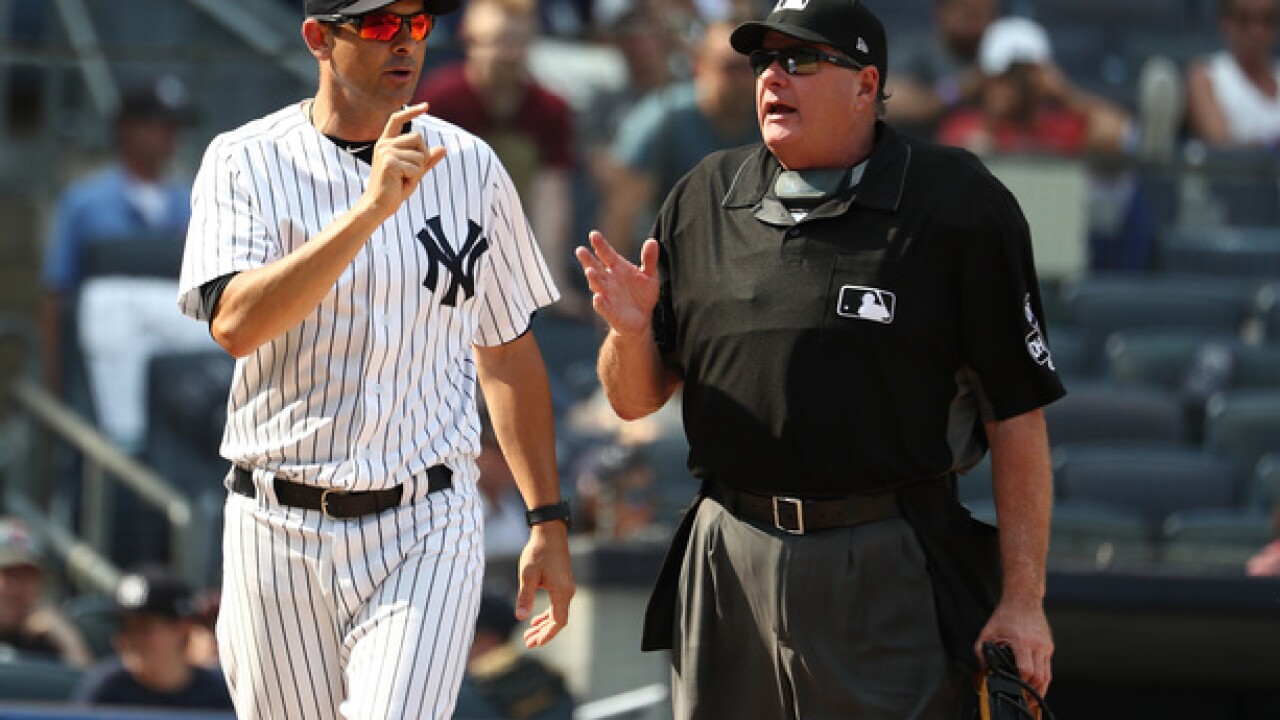 NEW YORK (AP) -- Yankees manager Aaron Boone has been suspended one game by Major League Baseball for nicking the plate umpire with his cap during an animated argument over the weekend.

Boone was ejected Friday night by plate ump Nic Lentz for arguing balls and strikes. Boone got into a crouch behind the plate, imitating a catcher gloving a pitch, and then argued nose-to-nose with Lentz.

During the dispute, the bill of Boone's hat touched Lentz's hat.

"Obviously, I got a little too close for comfort there, so that's part of the deal. I just got to accept that," the first-year manager said before the game.

"Look, I was arguing. I got kicked out of the game. I reacted how I reacted. Unfortunately, I got a little too close, so I do regret that," he said. "I always want to be in control, in control of my emotions to a degree, but sometimes you also have to state your claim and defend certain things that are important. But I definitely shouldn't have nicked his cap."

Asked if this was something he could keep in mind for a similar situation in the future, Boone said: "Yeah, or just flip the cap the around backwards and let `er rip."

"I'll be hopefully better, learning from this and commanding my emotions in a better way," he said.