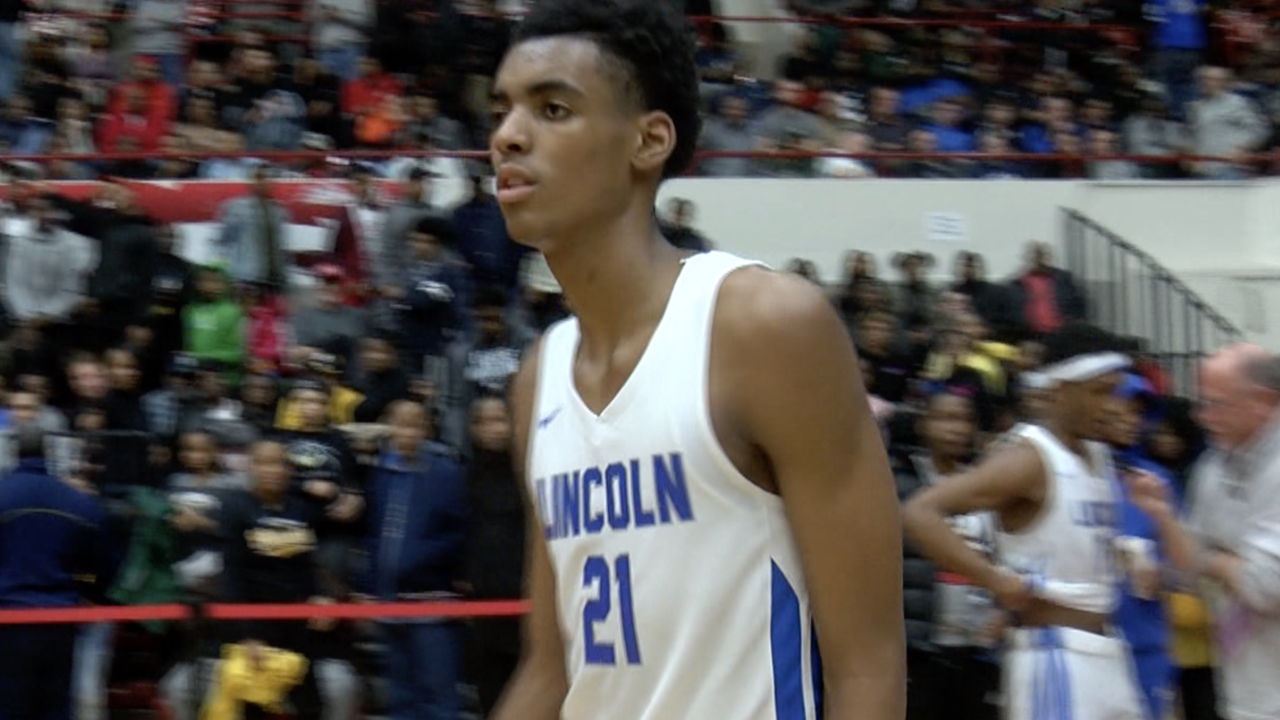 Copyright 2019 Scripps Media, Inc. All rights reserved. This material may not be published, broadcast, rewritten, or redistributed.
Justin Rose
Emoni Bates #21 walks off the floor after an MHSAA Division 1 quarterfinal game at Calihan Hall in Detroit on March 12, 2019. (Photo by Justin Rose/WXYZ-TV)

With Bates, the top-ranked player in the 2022 class, scoring 32 points in his high school debut and finishing the season averaging 28.5 points and 10.2 rebounds per game for a state-champion Lincoln squad, "surprised" was the last adjective that came to Davis' mind.

The 6-foot-9 Bates has been named The Associated Press Division 1 Player of the Year in a vote of sportswriters from across Michigan.

"I thought he could do that," Davis said of Bates' stat line. "He put in a lot of time working on putting that ball in the hole. He really has put in a lot of work shooting."

Bates, who also was named the Gatorade Michigan boys basketball Player of the Year, has already drawn comparisons to current NBA stars such as Kevin Durant. The hype is warranted, Davis said, because of the 15-year-old forward's work ethic.

While most of his teammates were celebrating a district title after the Railsplitters' 61-49 win over Saline last month, Bates went back to the Lincoln gym to work on his game after a rare off-night shooting, finishing 4 for 19 from the field.

The next game, Bates hit the game-winning triple in the final seconds of a 58-55 victory over Ann Arbor Skyline. He followed with a game-winning tip-in at the buzzer against Detroit Catholic Central in a regional championship.

"I have never had a player to do that," Davis said. "He went right back to the gym. He also shoots more before a game than anyone I've seen. He is a different kind of kid."

Davis, who was named Division 1 Coach of the Year, said he first knew Bates was a special talent when he was in the fifth grade.

"I was working with him on footwork stuff," Davis said. "He was working on his jab step and was making shots, too. I'm like, `Man, this is the stuff I learned in college, and he is in the fifth grade.'

"I just knew he would be special because he caught on to it easy."

With three years of high school basketball remaining, Bates is just beginning to scratch the surface of his potential, Davis said.

"I would say he is top three in the state for sure, if not the best," Davis said. "Some of the players are a little more seasoned because they are older, but I wouldn't call them better.

"He just needs to continue putting in the work, add to his game, try and be a little more versatile. I would like him to increase his assists a little bit more. I just want him to continue to develop. He is a great basketball player, but he can be a lot better than he is right now."