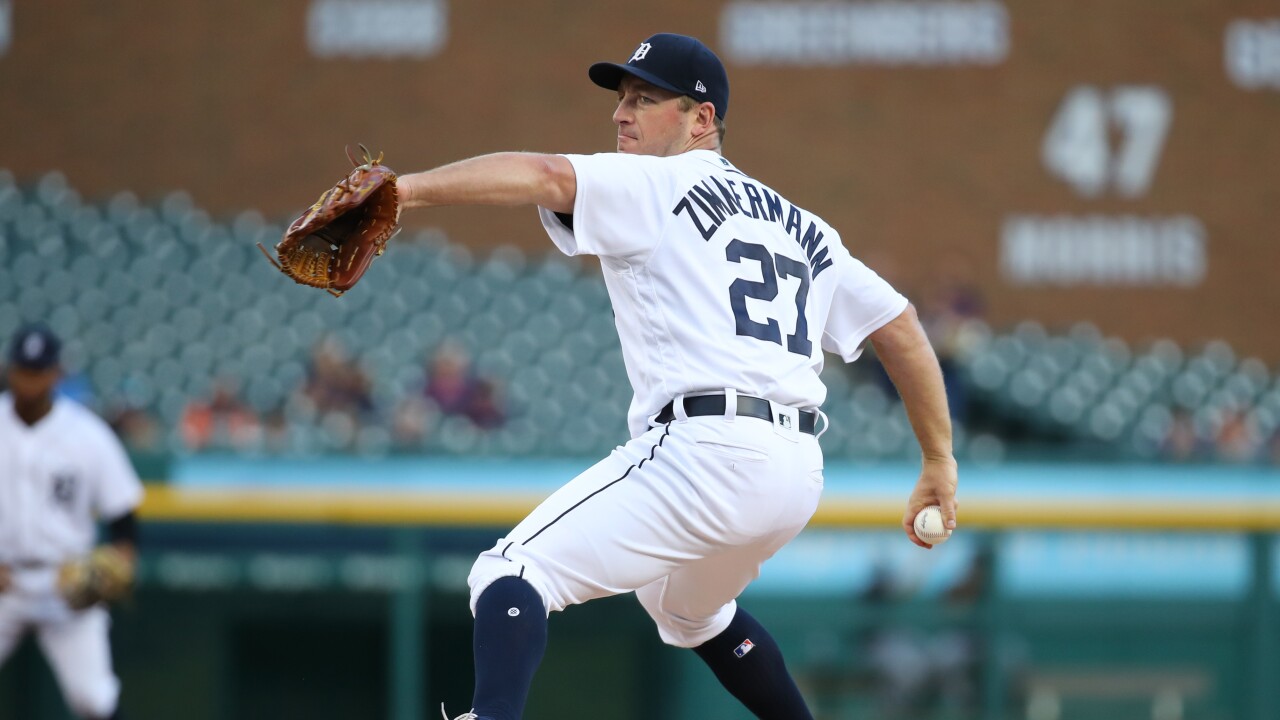 DETROIT -- Jason Kipnis homered twice and Francisco Lindor also went deep to lift the Cleveland Indians to yet another win over the Detroit Tigers, 4-2 on Wednesday night.

Cleveland is now 14-1 against the last-place Tigers this year, and that&#39;s a big reason the Indians are firmly in the postseason hunt. They began the day 3 1/2 games behind AL Central-leading Minnesota.

Aaron Civale (2-3) pitched seven solid innings for Cleveland. Nick Goodyworked the eighth, and Brad Hand finished for his 32nd save in 37 chances.

Detroit starter Jordan Zimmermann allowed two runs in six innings, but Buck Farmer (5-5) allowed Lindor&#39;s one-out solo shot in the eighth, which bounced of the top of the wall and over in center field. That gave the Indians a 3-2 lead.

Kipnis, who opened the scoring with a solo shot in the second, added another in the ninth. It was his third multihomer game of the year and the seventh of his career.

Lindor finished a triple shy of the cycle.

Dawel Lugo homered for Detroit in the fifth, tying the game at 1. Both teams scored a run in the sixth. Carlos Santana hit an RBI single, and Willi Castroanswered with a sacrifice fly.

Civale allowed two runs and six hits in seven innings. He struck out five with no walks in his longest outing so far in his debut season.

Tigers: DH Miguel Cabrera had the night off after leaving Tuesday night&#39;s game with tightness in his left biceps.

Indians: Cleveland tries for a three-game sweep Thursday with Zach Plesac (7-4) on the mound.