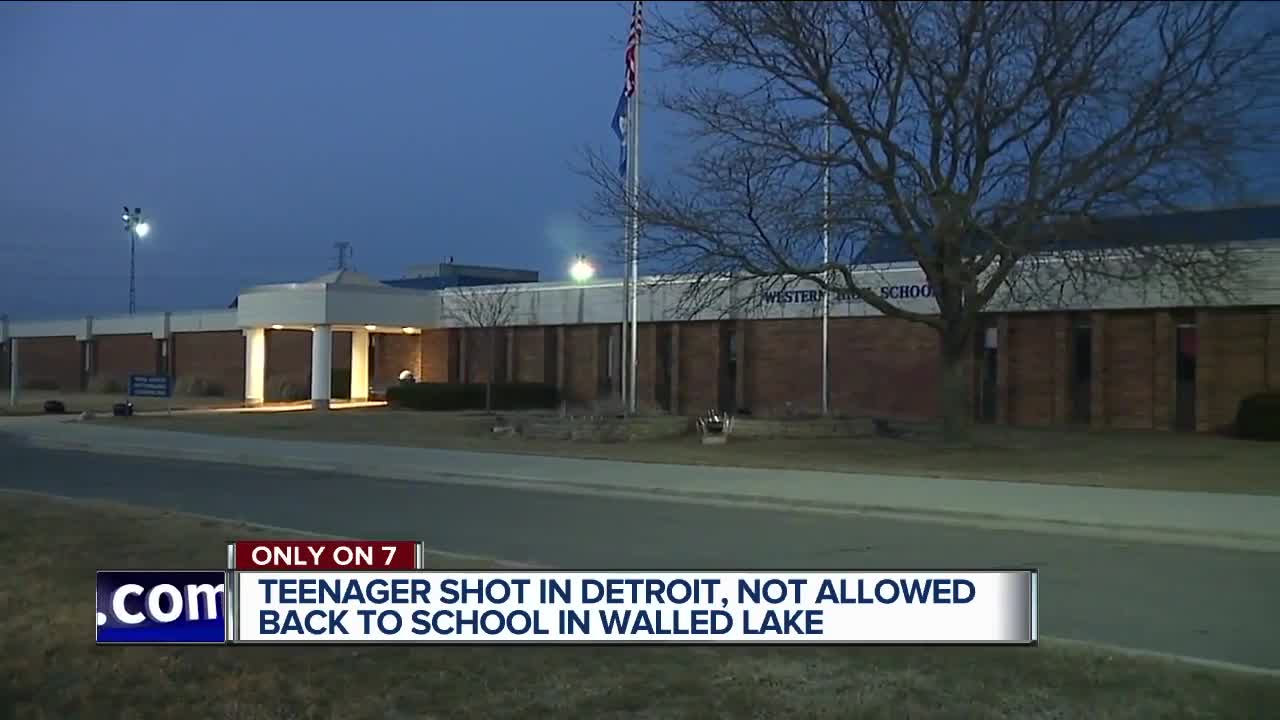 A teenage boy is speaking out after he was shot in Detroit back in February and decided not to press charges against the shooter. His high school now says he’s not allowed back on school property or to attend any school-related activities, including prom. 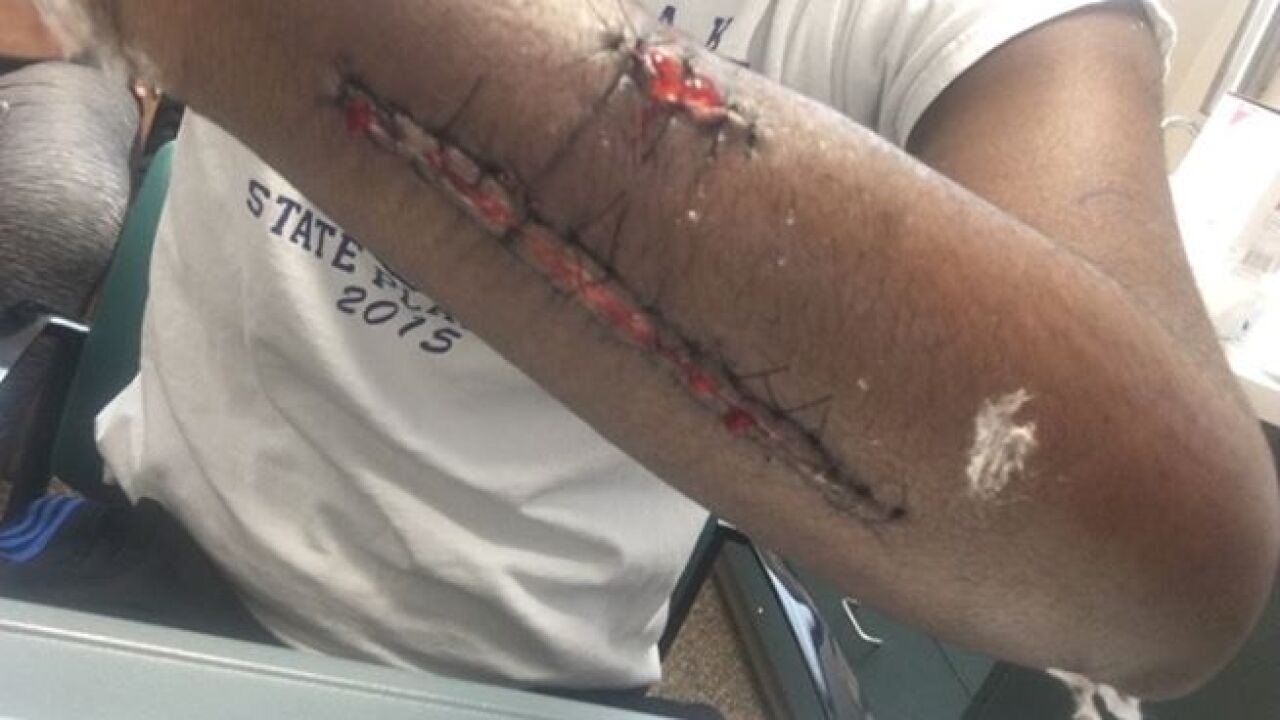 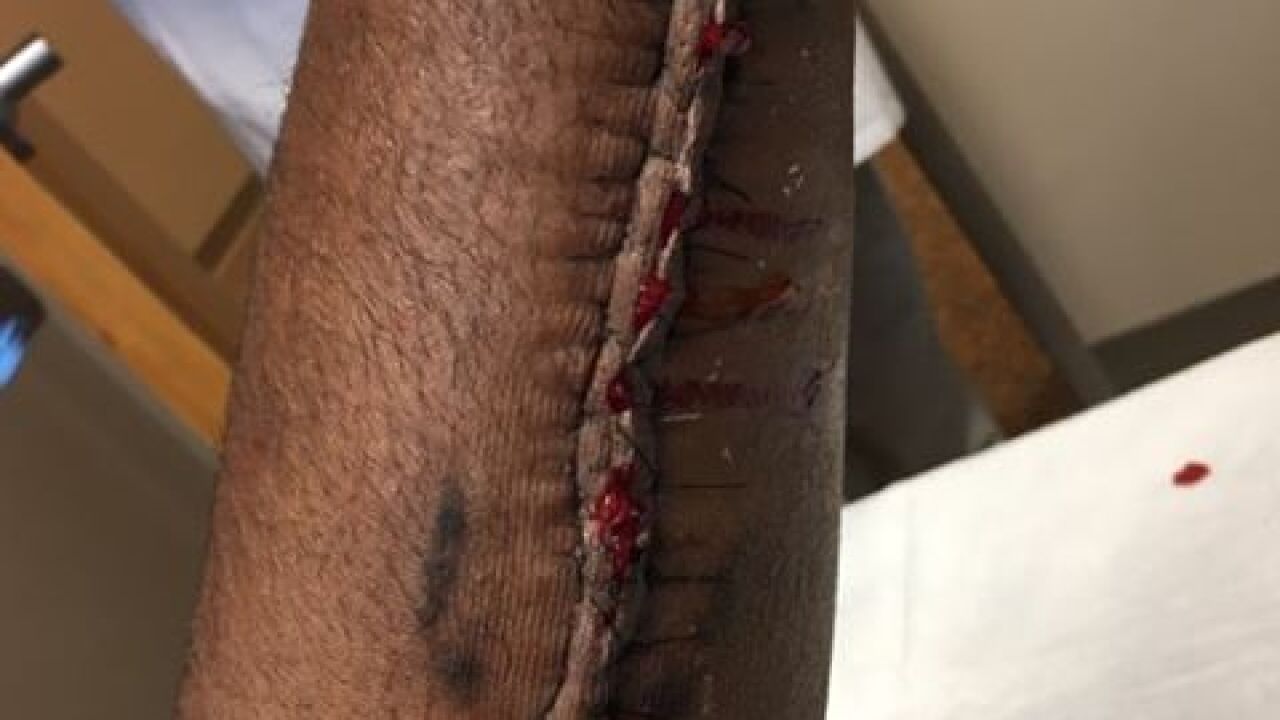 WALLED LAKE, Mich. (WXYZ) — A teenage boy is speaking out after he was shot in Detroit back in February and decided not to press charges against the shooter. His high school now says he’s not allowed back on school property or to attend any school-related activities, including prom.

Micheal, 17, who's last name we're not using, attended Walled Lake Western High School but after he was randomly shot last month, school officials say he’s not allowed back for the safety of faculty and students.

"I got shot, like I really got shot," Micheal said.

He now has a brutal scar on his arm where he was shot while dropping off clothes at a friend's house.

"I get to the trunk and the car from the corner starts shooting, four shots from what I heard," Micheal said.

Micheal decided he didn’t want to file charges against the person who shot him.

"There’s no one for me to press charges against. I don't know who shot me," he said.

School officials at Walled Lake Western High School say because the Detroit police report states Micheal was randomly shot, they were concerned about retaliation and told Micheal he was going to have a change of education placement.

"We are in a position now that I can’t even really communicate with them," Micheal's mother said. "I’m angry with the way they handled this. Very messy with no regards for Micheal, the other kids, us. I just don’t even understand why."

The high school's principal sent Micheal's mother a letter explaining why he’s not allowed at school events and the school's concern. The letter reads in part, “In looking into this matter in its entirety, the greatest concern and determining factor in the decision which has been made is knowing the offender of this crime
is still out there and potentially armed.”

The letter goes on to say, “it’s in everyone’s best interest that Micheal completes the required courses for graduation online."

"I wish I could comment further as there is more to this story, but in order to protect the student and his privacy, there is nothing else I can share," said Superintendent Ken Gutman.

Detroit police say the investigation is still active, however, because Micheal does not want to press charges, there isn’t much to go on.

"It just feels like I did something wrong," the teen said. "I got shot. I was literally in the wrong place at the wrong time."

His family says after Micheal completes his online courses and receives his diploma they will hold their own graduation and go for a family vacation.