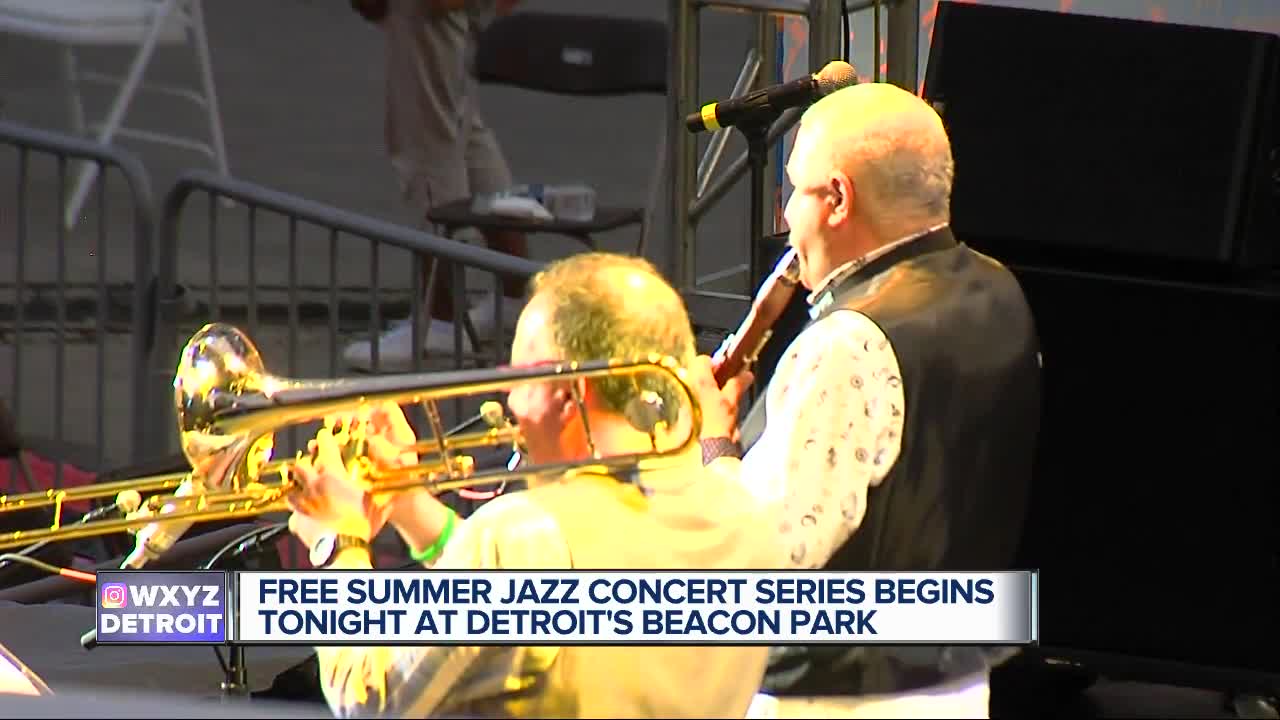 Top Jazz musicians will be playing free concerts all summer long at Beacon Park in Downtown Detroit.
It's the summertime jazz concert series. You can catch it every month at Grand River and Cass. watch the video player for more on who's playing this summer.

The series is curated by the Detroit Jazz Festival Foundation (DJFF) and produced by the Downtown Detroit Partnershipj.
You'll be able to see national and local jazaa greats playing at five free concerts from May through September.

Here's a look at the schedule/. You can also find much more at: detroitjazzfest.org

College Combo Competition. The winner of the competition, Heartland Trio from

Indiana University and runner up, The Becoming Quintet out of Michigan State

University will both perform 45-minute sets.

To be announced later