Watch the teaser trailer for 'Star Wars: The Rise of Skywalker' 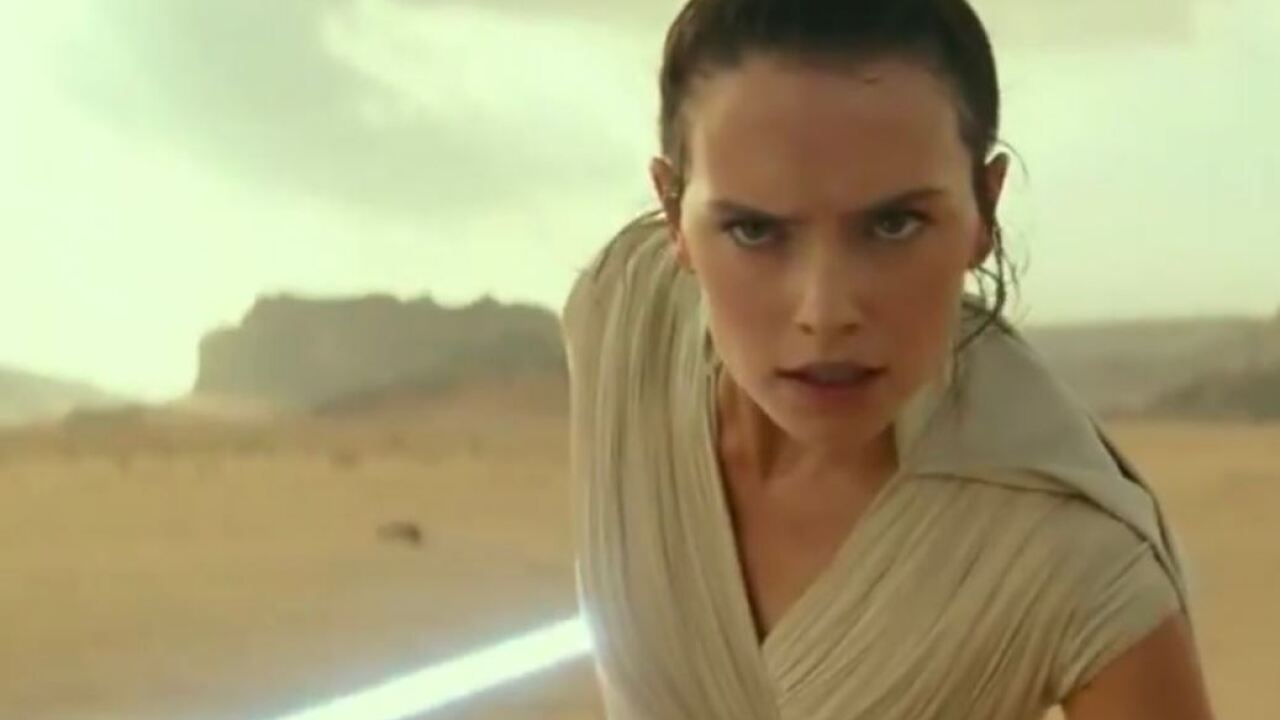 We finally have a title for Star Wars: Episode IX, and the final movie in the Skywalker saga is appropriately named.

Get ready for Star Wars: The Rise of Skywalker.

They were joined on stage by the cast of The Rise of Skywalker, including Daisy Ridley, John Boyega, Oscar Isaac, and Billy Dee Williams.

The teaser trailer played at the conclusion of the panel. Ridley's Rey is featured prominently throughout the trailer, but we see the heroes working together and collectively out on an adventure for the first time in this trilogy.

Mark Hamill's Luke Skywalker voices over the trailer, and as it cuts to black towards the end, the laugh of Ian McDiarmid's Emperor echoes.

It appears his Palpatine character is returning. Disney confirmed the return as McDiarmid stepped on-stage and demanded, in character, to roll the trailer again.

We live-tweeted the Episode IX panel:

Star Wars #EpisodeIX does not pick up immediately after The Last Jedi, JJ Abrams says at #StarWarsCelebration pic.twitter.com/Q808lgmo1p

"I get sick and tired of being accused of betraying Han Solo.”

Billy Dee Williams crushed it at the #EpisodeIX panel

“That’s me with a stick.” - Daisy Ridley at the #EpisodeIX panel. Fans sang her Happy Birthday pic.twitter.com/6W0KSrO2xC

Stephen Colbert: “Daisy, what’s up with Rey and Kylo Ren?”

Seriously, Stephen Colbert is the perfect host for this #EpisodeIX panel. This is awesome. #StarWarsCelebration pic.twitter.com/lKapjkQQSl

Star Wars: The Rise of Skywalker is the title for #EpisodeIX, revealed at #StarWarsCelebration pic.twitter.com/6G16xJcFz3

The first trailer for Star Wars: The Rise of Skywalker is here.#EpisodeIX pic.twitter.com/zabEVzHrGf

Is that a wrecked Death Star that Rey is looking at in #TheRiseofSkywalker? pic.twitter.com/QHPNQXRd78