Another student is suspected of putting the camera there 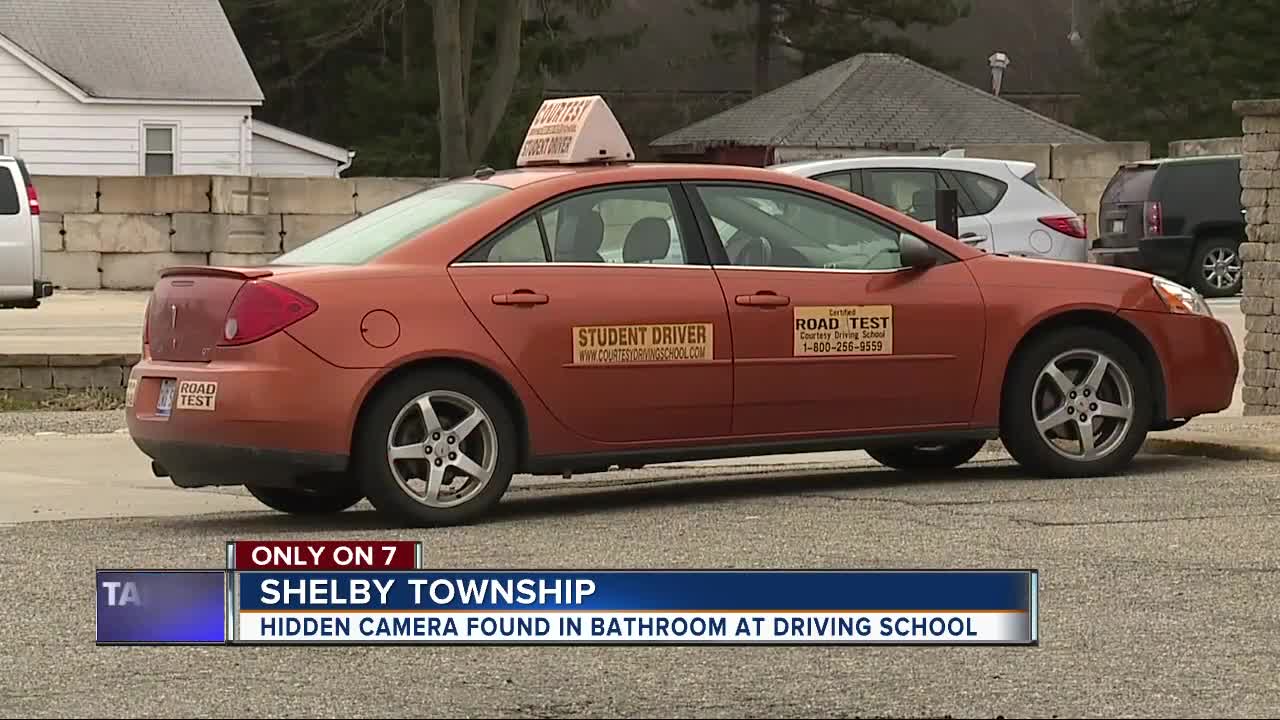 Shelby Township police are investigating a hidden camera found in a driver's training school bathroom. Kendall Binfet, 14, found the cell phone when she went to use the unisex restroom Wednesday afternoon. It was covered in toilet paper with a hole cut out for the camera lens.

Kendall Binfet, 14, found the cell phone when she went to use the unisex restroom Wednesday afternoon. It was covered in toilet paper with a hole cut out for the camera lens.

When Binfet discovered the phone, she realized it was recording.

“It was probably the scariest thing that’s ever happened to me," the high school freshman told 7 Action News.

Binfet said a fellow male student had used the restroom immediately before her. Police suspect he placed the cell phone there.

“I grabbed it and I deleted the video," Binfet said.

The teen is enrolled in the Courtesy Driving School on Van Dyke Avenue with her twin sister Riley and 11 other students.

"I went straight back to my seat like nothing ever happened and I texted Riley and the two other girls that were in the class with us and I told them exactly what happened,” Binfet said.

Then, almost immediately, she reported everything to police.

“I was really proud of them for coming forward immediately and going to the authorities," said the twins' mother Lisa Tolevich, who also informed the school of the incident.

“It just sent the message even more so that danger is all around us in all different shapes and sizes," she said.

The suspected student, who is also a minor, has been removed from the driving class.

A spokesperson for Courtesy Driving School said that student is not welcome at any of their state-wide locations.

“Who knows what he would have done with that video," Binfet said. "I mean, it could have gone out and it could have been sold somewhere and I would just not want my privacy to be invaded like that."

The minor student has not been charged with anything at this time. Police are still investigating.