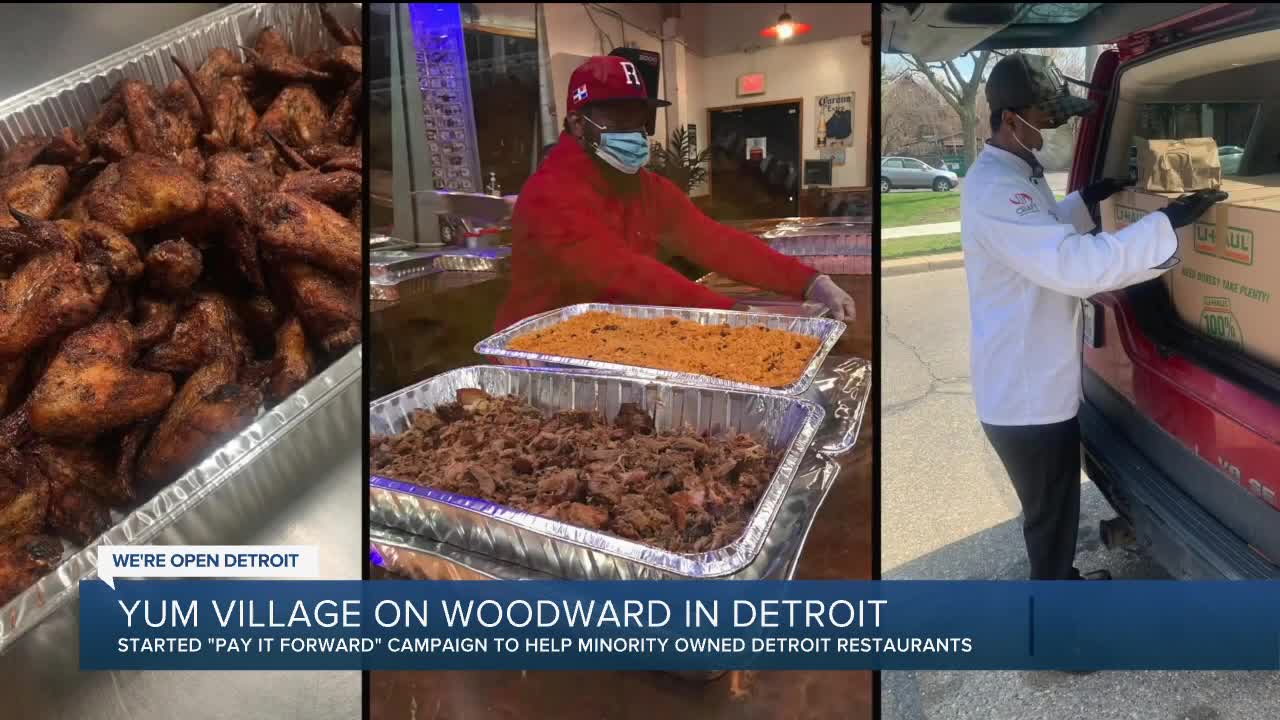 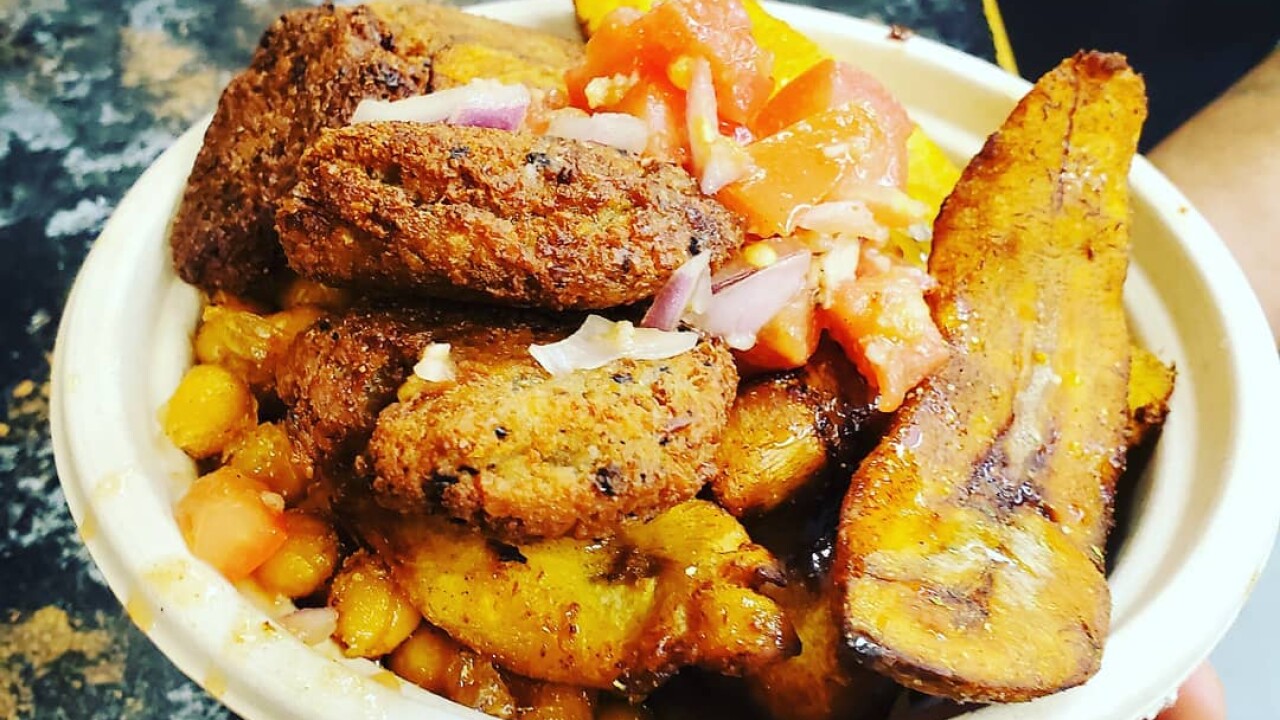 DETROIT — A Detroit restaurant owner is doing his part to help pay it forward to other minority-owned restaurants all while helping donate food.

Godwin Ihentuge is the owner of Yum Village. He started Yum Village as a food truck, serving up African-Caribbean food. Back in April 2019, he set up shop on Woodward just south of Grand Boulevard.

Ihentuge isn’t just focusing on keeping his own business afloat during the coronavirus pandemic but other minority-owned restaurants as well.

Ihentuge along with other like-minded people started the ‘Pay if Forward' online campaign. The campaign is meant to collect donations to help pay for food from restaurants in Detroit that are minority-owned.

They already surpassed their online goal of $50,000, but are still accepting donations from those wanting to help.

The money is then used to pay for food donations, giving back to organizations like Neighborhood Service Organization, Alternative for Girls, Detroit Phoenix Center and Coalition for Temporary Shelter.

Another way you can help is ordering out from one of the restaurants the 'Pay it Forward' campaign is helping:

Pay it Forward is also teaming up with Black and Mobile for food delivery. Their focus is delivering food from minority owned business.