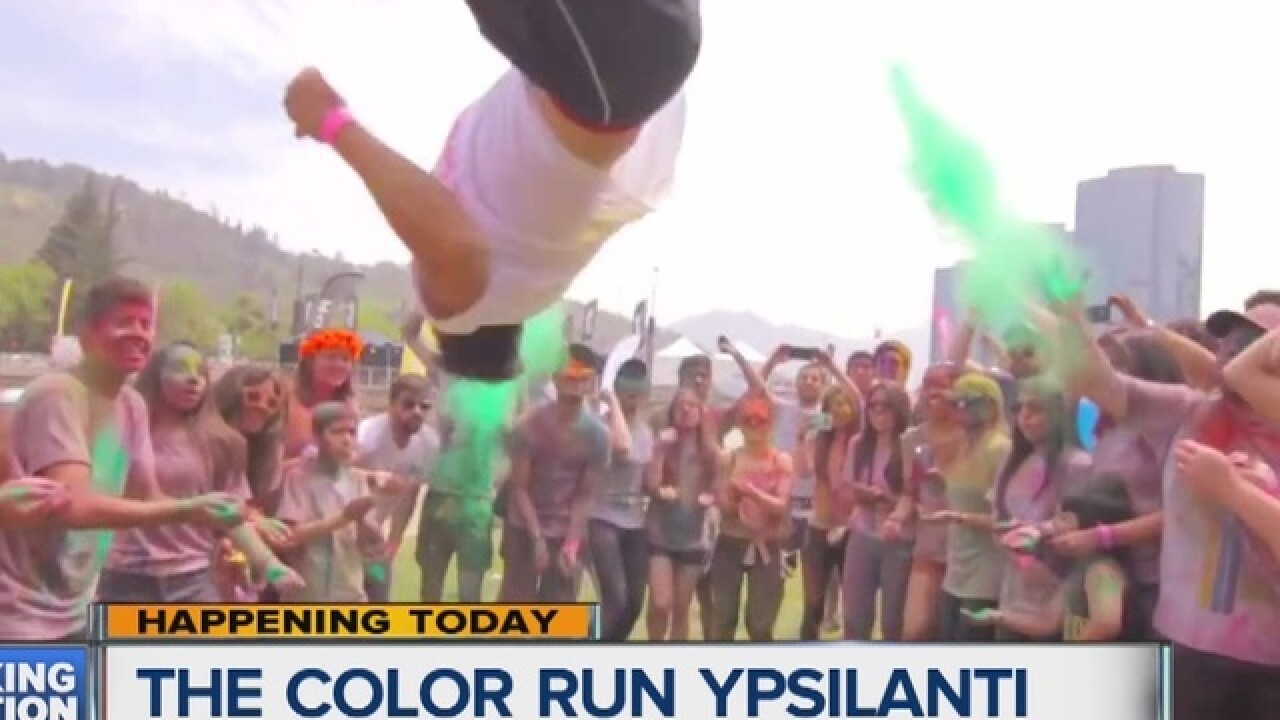 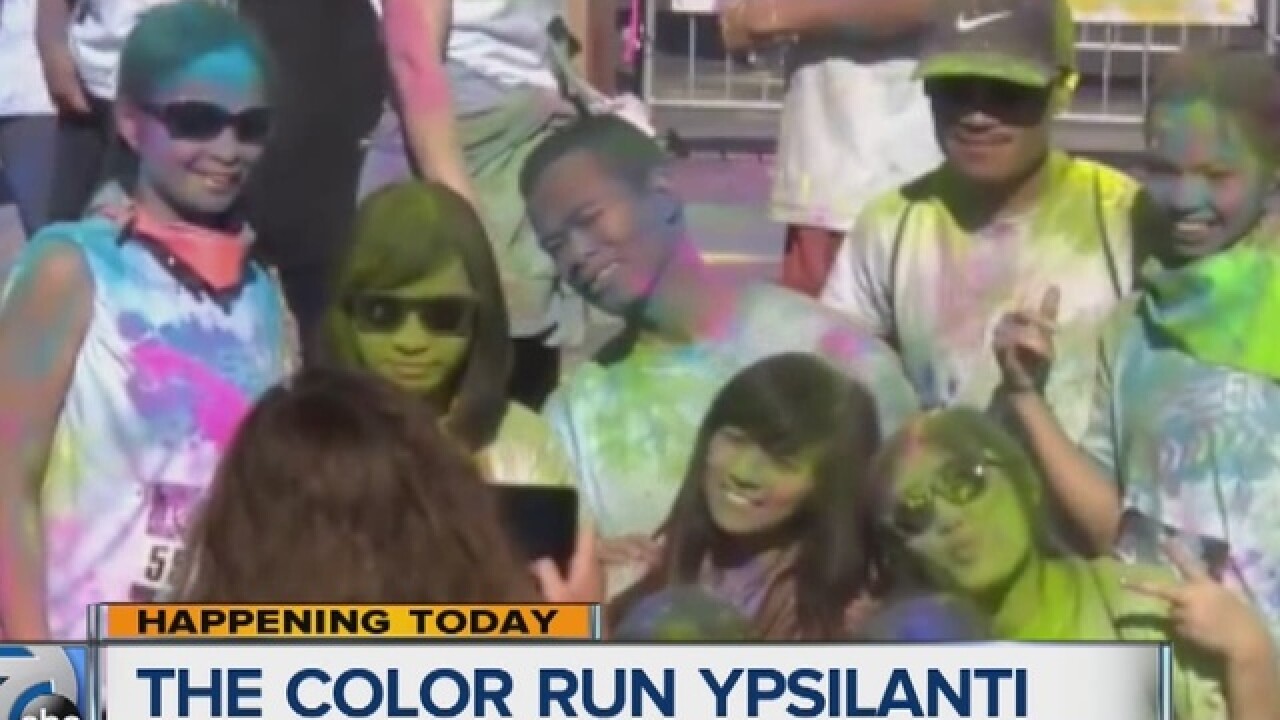 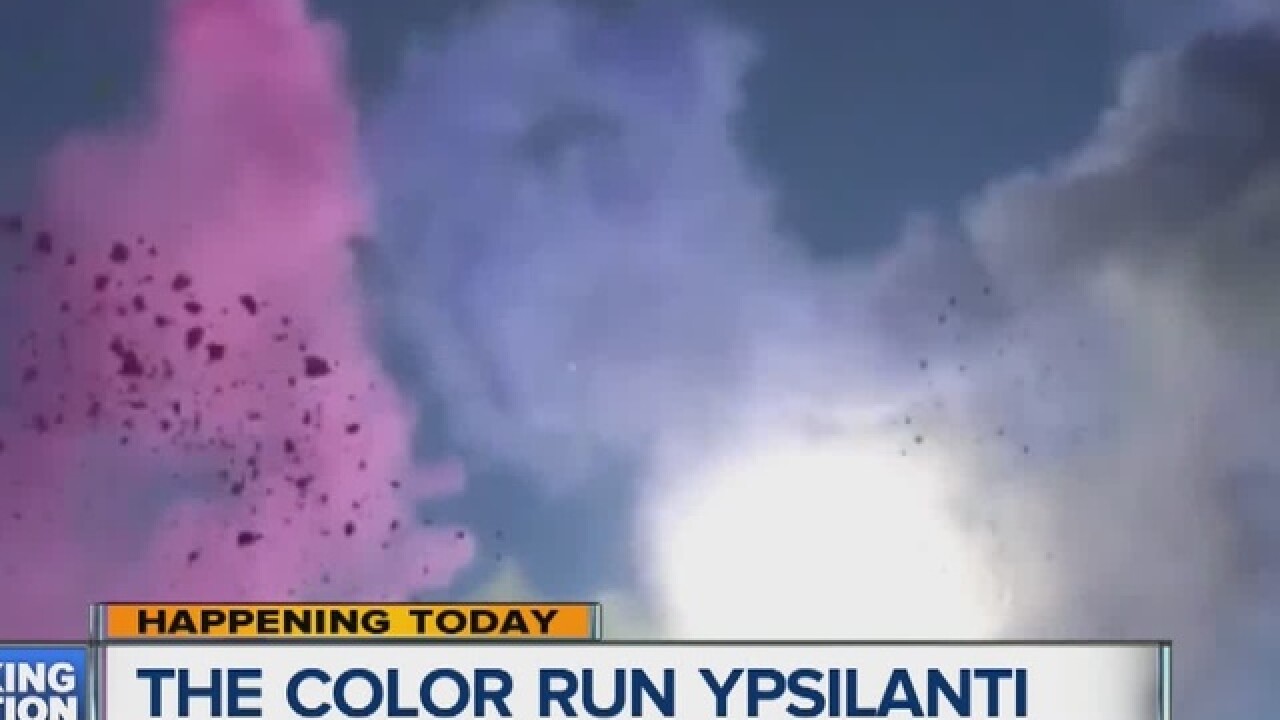 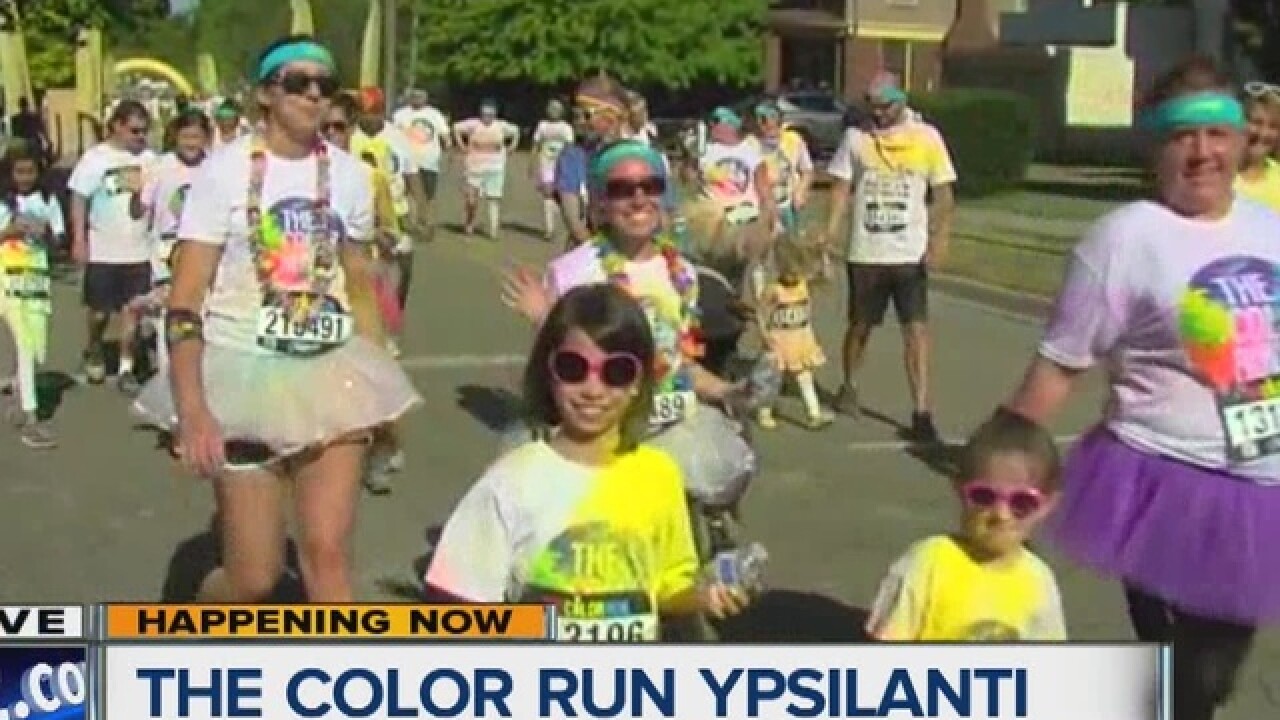 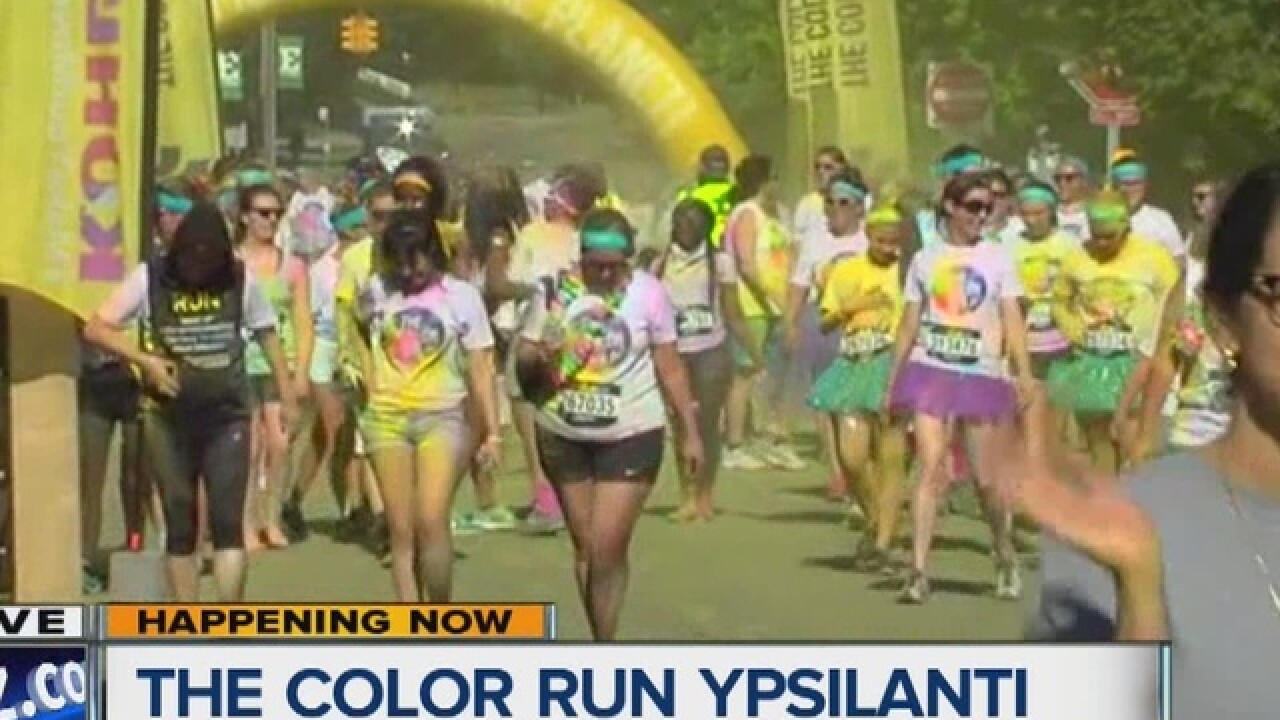 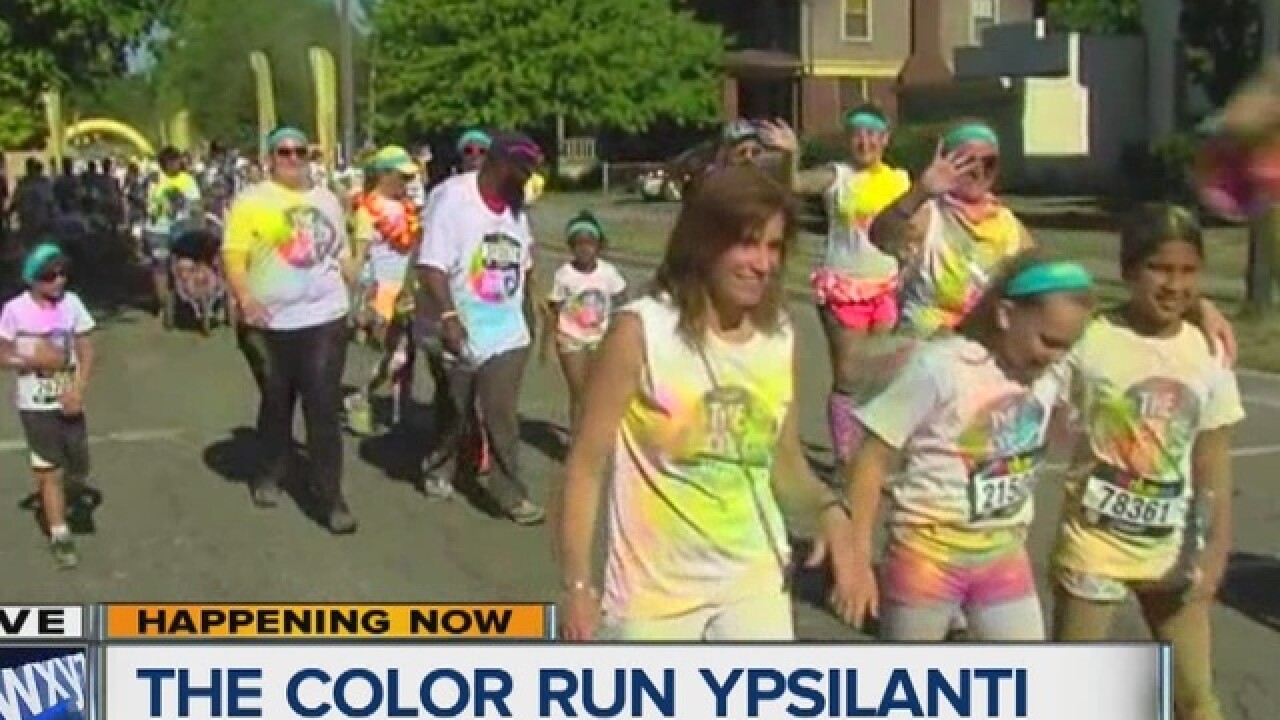 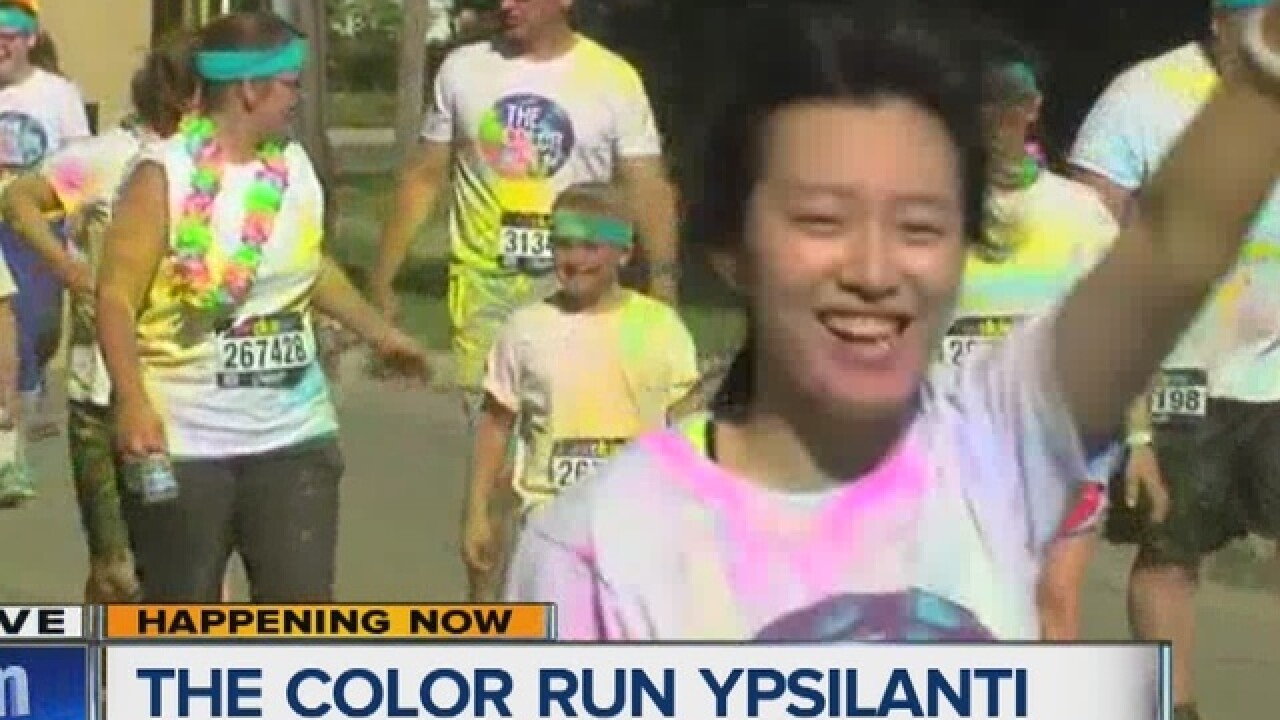 Usually after running a 5k, you are covered in sweat.  Runners taking part in the Color Run in Ypsilanti were also covered in color.

Thousands took part in the race that started at Riverside Park in Ypsilanti Saturday morning.

During the race they went through 6 color stations. Event organizers say it is the largest 5k event series in the world.

The event raised money for several local non-profits, including the Downtown Association of Ypsilanti, SOS Community Services, and Growing Hope.

Other Color Runs are planned in Michigan. For details go to www.thecolorrun.com.