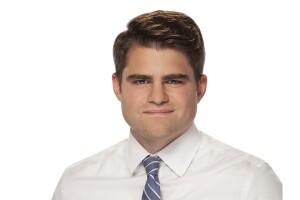 Brett Kast joined the Channel 7 Action News team as a general assignment reporter in August of 2020 and is thrilled to be back in metro Detroit.

Born and raised in Troy, Brett is a graduate of Troy Athens High School and Michigan State University (Go Green!) After college, Brett moved Up North, working as a reporter at the NBC affiliate in Traverse City. He then moved south across state lines to work as a reporter for the FOX and CBS affiliates in Indianapolis, Indiana
.
During his time in Indy, Brett won an Emmy for his work covering the story of 18 veterans who were laid to rest by strangers, after no family could be found. He also led the station's live coverage of protests after the death of George Floyd.

Brett is the co-founder and board member of The Jenna Kast Believe in Miracles foundation, a wish granting organization based in metro Detroit. Named in honor of his younger sister Jenna who passed away from brain cancer in 2010, the organization grants wishes to Michigan children battling life threatening illnesses. Since it began in 2005, the organization has raised hundreds of thousands of dollars, granting wishes to dozens of Michigan children each year.

Outside of reporting, Brett loves everything #PureMichigan. He is a HUGE Spartan sports fan and roots for all the Detroit pro sports teams. In his off time you can find him running a nearby trail or checking out a local brewery. He also loves to escape Up North, visiting the lake in the summer and snowmobile trails in the winter.

If you have tips, send them to Brett.Kast@wxyz.com.
Twitter: @brettkast