Bills could help librarians save people who have overdosed on drugs 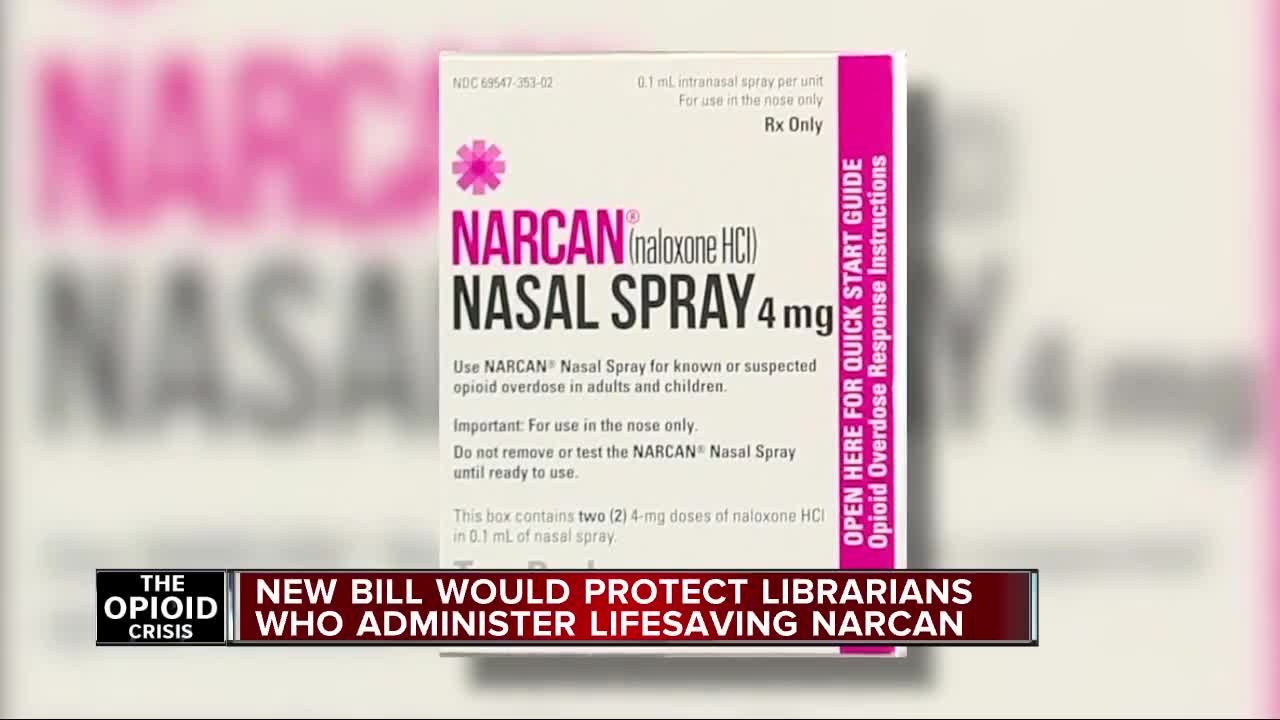 A bill making it's way through the state legislature would protect librarians who administer Narcan to people overdosing in their facilities.

YPSILANTI, Mich. (WXYZ) — They are librarians, not first responders. Still, again and again, they find themselves on the front-line of the life-and-death battle that is the opioid crisis.

The first time someone overdosed at the Ypsilanti Public Library staff heard a strange noise coming from the men’s bathroom. It sounded like someone needed help.

“My staff came and got me. He was on the floor and there was a needle nearby,” said Joy Cichewicz, Library Branch Manager.

Cichewicz says the man appeared near death, until first responders gave him the drug Narcan.

“It was just amazing,” she says of how quickly the man’s condition transformed after the medicine was administered.

Then it happened again. A man was found slumped over in this chair.

She asked if librarians could administer Narcan. She was told no. Doing so would expose them to great liability. In other states, this is not the case.

“There are lots of libraries that are administering in other states and it definitely saves lives,” said Cichewicz.

Taken together, House Bills 4366 and 4367 would allow library employees to carry and administer drugs to reverse overdoses if they have been trained to do so. Cichewicz fears someday she will watch someone die if they aren’t passed.

Right now the bills have passed in the Michigan House. They still need to be approved by the Senate and Governor.