'It took me to a place I never dreamed I would go.' Former addict speaks out as summit held about opioid crisis 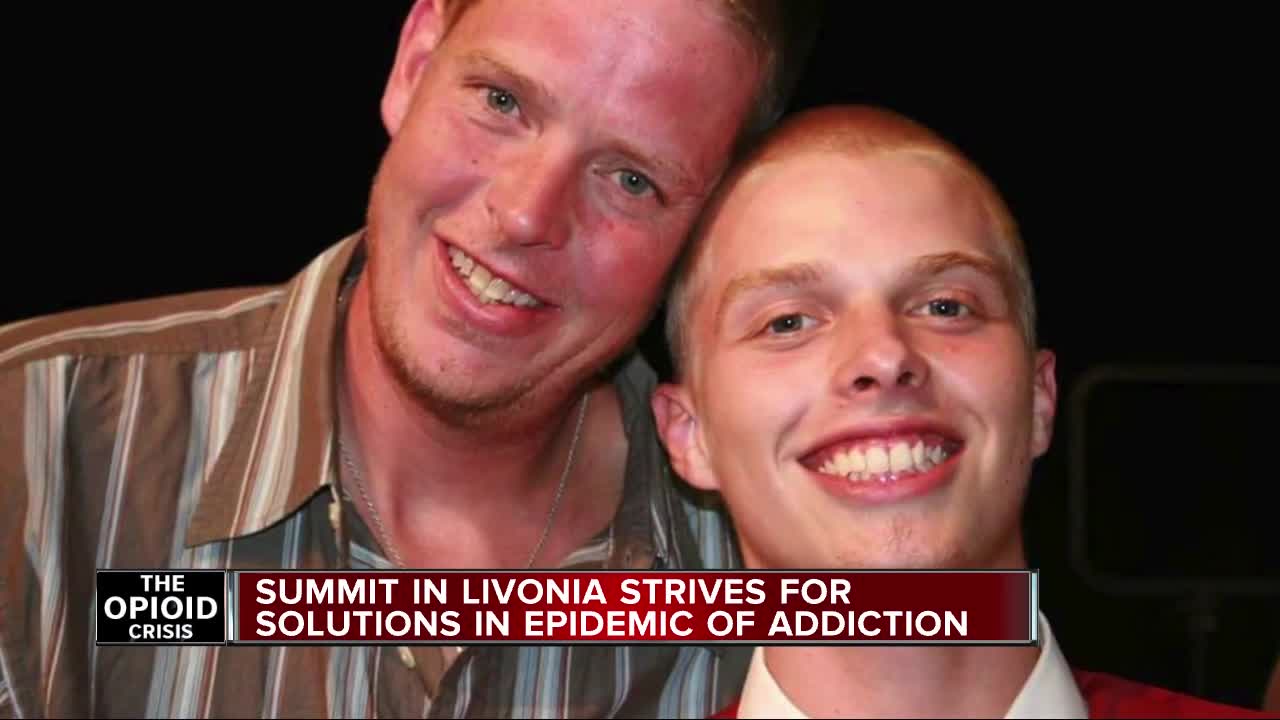 Hundreds of people were there to collaborate on raising awareness and resources. It also included some personal stories. '

Andy Hopson was addicted to alcohol and crack cocaine. His road to sobriety took 10 years.

"It took me to a place I never dreamed I would go and finally one day I just had enough. I hit an emotional bottom. It was either die or get better. That's how bad it was for me," he says.

Three of Hopson's four kids also struggled with drug addiction. His son Dakota died from and overdose in 2016.

The summit was put on by the Greater Detroit Area Health Council and Detroit Wayne Mental Health Authority. Among those teaming up to provide education and resources were community outreach groups, faith based organizations and law enforcement.

"The more we can coordinate together, bring that word out to the public, the more we'll be able to combat this issue. Hopefully someday it won't be a crisis anymore," says Kathy Federico of the DEA's Detroit Field Division.

Hopson says he helped start the Wayne County chapter of FAN, also known as Families Against Narcotics. He continues to speak out and share his story so he can help others avoid the same path.

For anyone who is struggling, he says, "If you just give it a chance for the promises for the good things to come, life is so much better. You have to give it a chance, but you've got to want it."