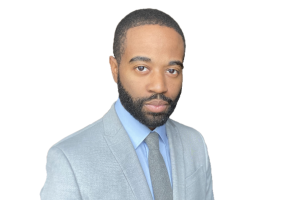 Darren Cunningham joined 7 Actions News in April 2020. He says he’s glad to be reporting the news in his hometown and connecting with people. Cunningham is a native Detroiter, born and raised on the city’s east side.

Prior to joining WXYZ, he worked in Grand Rapids at FOX 17 as a reporter for nearly 9 years. There, he was known as the FOX 17 Problem Solver and helped people who felt they had nowhere else to turn. Cunningham's work has led to a change in state law and the recovery of hundreds of thousands of dollars for everyday people. His work has also been nominated for two Emmys. He also worked at a news station in Lansing, with experience on both sides of the camera.

While Cunningham remains impartial in his reporting, he makes sure to root for the Michigan Wolverines when they’re competing. After all, he is an alum of the University of Michigan in Ann Arbor. Before that, he graduated from Detroit Renaissance High School.

When he’s not working he enjoys running and spending time with family. If you have a story idea or just want to say hello, please don’t hesitate to reach out. He'd love to hear from you.